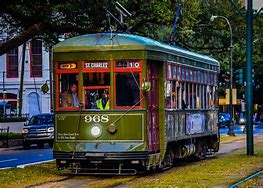 If you are a New Orleans Saints fan over the age of sixty, you can remember when the Saints were simply hoping to qualify for the team’s first NFL playoff berth. From 1967 through 1987, the Saints were a National Football League doormat for most of their first twenty seasons.

Over time, the Saints have become more consistent and competitive on the field every season.

By the time quarterback Drew Brees and head coach Sean Payton arrived with the team in 2006, the New Orleans Saints have been a consistent playoff team with nine appearances in the past fifteen years.   In February, 2010, the Saints finally played in their lone Super Bowl appearance and took home the big trophy to a still-partying Crescent City.

Beginning in 2017, the Saints’ last four seasons have featured stellar regular seasons with 11, 13, 13, and 12 wins.  Alas, all four years have ended with disappointment in the playoffs as the Saints push for a second Super Bowl appearance never materialized.

As nearly everyone in the NFL expects Saints’ 42-year old legendary quarterback Drew Brees to hang up his cleats soon, the New Orleans franchise is facing the most interesting offseason in recent memory.  As innovative head coach Sean Payton will continue to lead the team, the Saints’ management brain trust has a number of important decisions to make and holes to fill in the offseason if they wish to remain a contender next season.

General Manager Mickey Loomis was spotted at the college Senior Bowl last week in Mobile, Alabama to review possible draft picks.  He expects the Saints to remain a playoff team this fall, too.  In a recent interview, Loomis said,

“Listen, we’ve got a great roster…We’re gonna do everything we can to win — win now and compete for a championship!”

The Saints are going to need a bigger checkbook to retain a number of their current star players, though.  Some analysts believe that New Orleans may be as much as $100 million over the NFL’s projected salary cap of $175 million per team in 2021.  By doing so, the Saints may face being put into the NFL’s version of the financial penalty box.

By the rule book, the NFL’s hard salary cap is supposed to penalize teams for violating the salary cap (or the maximum amount of money a team can pay its players annually).  Fines of up to $5 million per violation, cancellation of player contracts, and/or loss of draft picks may result.   Though this punishment can sound pretty tough, the NFL’s enforcement arm of the salary cap is more akin to a WWE wrestling referee.  You know, the alert guy in the striped shirt who is supposed to make sure that a cheater doesn’t use folding chairs and foreign objects in the squared circle?

If the Saints want to keep most of their premier on-field talent, the team must become quite creative.  There are contracts to be restructured for a few willing players, cutting some expensive-but-marginal performers, using the NFL player draft to fill some holes, and then staying alert to find some inexpensive free-agent signings to plug any holes.

The good news for the Saints is that there are many talented football players who simply want the chance to play for a stable winning franchise with a great management team.  The New Orleans Saints have become a preferred destination for NFL players.  Saints’ management phones will be ringing constantly for the next few months.

If Drew Brees retires as expected, his roster spot will drop about $13 million from the Saints payroll in 2021.  Unfortunately, back-up quarterback Taysom Hill will cost New Orleans nearly $16 million in 2021 if the team keeps him under contract.  No one forced the Saints to sign the versatile Taysom Hill to such a lucrative deal, but Coach Sean Payton apparently believed last summer that Hill was the likely successor to Drew Brees.

Taysom Hill played well at times in 2020 while Drew Brees was injured for several games.  He posted a 3-1 record as the team’s starter.  On the other hand, he certainly didn’t play well enough to justify being paid a salary high enough to be considered the 16th highest paid quarterback in the 32-team NFL last year, either.

The Saints need to make some tough decisions at quarterback if Drew Brees retires.  Given the team’s overall financial picture, it might be wise for the team to draft a rookie while grabbing an underpriced competent veteran (someone like Joe Flacco comes to mind).

Complicating the quarterback issues for New Orleans is that the NFL offseason wheeling and dealing for existing quarterbacks is going to push the price up for experienced talent.  Last weekend’s trade of Mathew Stafford (to the Rams) and Jared Goff (to the Lions) started what is expected to be a frenzy of quarterback moves in the next few weeks and months.

In all, there are 21 free agents on the Saints roster after the team’s second round exit from the NFL playoffs.  Here are just a few of the players being evaluated:

In addition to a number of back-up players, the Saints also lost strength in their coaching staff, too.   Assistant head coach Dan Campbell just became the new head coach for the Detroit Lions.   Other Saints coaches hitting the exit were secondary coach Aaron Glenn (also to Detroit) and longtime quarterbacks coach Joe Lombardi took a new job with the Chargers.

Head Coach Sean Payton has his work cut out for him in the offseason.

Though the New Orleans Saints still have a very talented offense featuring All-Pro running back Alvin Kamara and gifted wide receiver Michael Thomas (who was injured much of 2020), the need to obtain a steady take-charge quarterback to orchestrate Sean Payton’s offense is going to be the key.

Defensively, the Saints finished an impressive #4 in total defense in the league in 2020.  There is plenty of talent on the defense with 10-year defensive lineman Cameron Jordan ($19 million in 2021) providing leadership for the defense as well.

While there will be a number of Saints hitting the road during the upcoming free agency period, the core of the team’s offense and defensive mainstays (though quite expensive) will give New Orleans a chance to make another run at a Super Bowl soon.

Though the era of Drew Brees is coming to a close, Coach Sean Payton’s New Orleans Saints should remain a competitive factor in the NFC for several years to come.