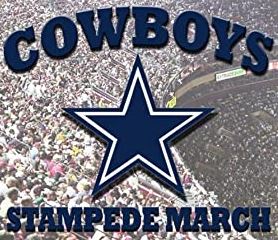 The National Football League is not at a loss for interesting stories this week.  The two Super Bowl contestants for next weekend in Florida will be Tom Brady’s Tampa Bay Buccaneers and, going for their second straight Super Bowl win, the AFC champion Kansas City Chiefs.

In Houston, the team just named a new head football coach on Wednesday and the team’s All-Pro quarterback (Deshaun Watson) announced less than 24 hours later that he officially wants to be traded (Editor’s note – Hey, we called that one!).  Watson’s most likely destinations include the New York Jets and Washington.

In Green Bay, the Packers’ quarterback and likely MVP, Aaron Rodgers, isn’t happy and may be playing elsewhere next year, too.

New Orleans might like to talk with both Deshaun Watson and Aaron Rodgers as the Saint’s 42-year old perennial All-Pro quarterback, Drew Brees, is expected to announce his retirement soon.

In Detroit, long-time starting quarterback Mathew Stafford came to an agreement to ship him to another team next year.  Indianapolis is rumored to be the front-runner in that story.

Have you noticed that the team formerly known as “America’s Team” hasn’t been mentioned at all?

The Dallas Cowboys have been fading fast from both the headlines and from the Super Bowl, too.   The Cowboys haven’t appeared in the NFL’s season finale since Super Bowl 30 back on this date (January 28) in 1996.

For those who might like to try math using Super Bowl Roman numerals, it has been “LV minus MMM” or a total of XXV (25) years since Dallas last appeared.   Next weekend will mark the Silver Anniversary for the NFL’s season finale being played without America’s Team participating in the festivities.

Think about that.  For those of us who have been around for every one of the 60 seasons of the Dallas Cowboys, the lack of talk about America’s Team is really strange.

In the first thirty Super Bowls, Dallas won an incredible five times and played in the game eight times (26.7% of the games).   For those first thirty NFL Super Bowl seasons, you had a 50% of chance that the season finale would feature Dallas, San Francisco (five wins) or the Pittsburgh Steelers (four wins at that point – now six) in any particular year.

Since Dallas last appeared in the Super Bowl 30 played in late January, 1996, Pittsburgh has returned to the big stage just twice (winning both times) and San Francisco twice (losing both times).   Dallas Cowboys fans are drooling for a chance to return to the NFL’s championship game for the first time in a generation.

There is much work to be done in Big D before that will happen, though.

Dallas failed to qualify for the playoffs again this season as the team finished 6-10.  At one point, Dallas was 3-9 and odds makers suggested that the team was likely destined to miss the post season.  The team (surprisingly) rallied down the stretch to win three of its last four games and give their legions of die-hard fans a brief fantasy of sneaking into the NFL playoffs via the weak NFC East.

Unfortunately, Dallas lost its season finale to come-up one game short of Washington (who finished 7-9 to win the NFC East).  Since the Cowboys didn’t qualify for the playoffs, their late-season surge pushed their 2021 first round draft pick all the way down to the 10th overall selection position.

If Dallas had packed it in (as some fans suggested) and lost all four of their final games to conclude this season, Dallas would be choosing at the #3 spot in the first round of the 2021 NFL Draft.  That pick would have given the Cowboys a chance to select one of several exceptional college quarterbacks available early in this year’s draft.

Instead, with the #10 draft selection, the most talented quarterbacks will likely have been taken by other teams with the earlier picks.

You see, Dallas is likely going to need a new quarterback, unless they want to pay their injured starter, Dak Prescott, nearly $40 million annually as his agent demands.  Dak Prescott (who played high school football in the northwest Louisiana town of Haughton) has been a solid but not spectacular NFL quarterback during his first five seasons in the league.   His broken ankle suffered early in the 2020 season makes him a bigger question mark going forward.

Dallas may find itself better off letting Prescott (and his greedy agent) hit the road and apply the money to address the team’s other needs.  Dallas’ banged-up no-name defense ranked #23 out of the NFL’s 32 teams last season.  In all six of Dallas’ wins, the team scored 30 or more points.  The Cowboys defense must be able to do a better job to give the team a better chance to win in non-shootout games.

The good news for Dallas Cowboys fans is that the team plays in the putrid NFC East division.  Though Philadelphia actually won their first Super Bowl championship just three years ago (seems like an eternity, doesn’t it?), all four of the teams in the NFC East have a lot of work to do based on this season’s results.

For Dallas Cowboys fans, the team’s Ring of Honor is holding steady with 19 former players inducted over the team’s 60-year history.

If you want to know how lean the past 25 seasons have been in Dallas, there has not been a player admitted since safety Darren Woodson (1992-2004).  Woodson (who was honored in 2015) played on the last Dallas Cowboys team to participate in a Super Bowl back in January, 1996.

There are no players in the team’s Ring of Honor who didn’t play during the golden years of the Dallas Cowboys.  Dallas fans seem to be split as to whether long-time fan favorite quarterback Tony Romo should be included.

Yes, the past 25 seasons in Dallas have featured a lot of mediocre teams with mediocre talent and less-than-sterling coaching.  Most Dallas fans lay the blame squarely at the feet of the team’s owner, Jerry Jones.   Though there is no doubt that Jerry Jones wants a winner in Dallas, the results tell a different story.

Perhaps the Dallas Cowboys might like to take a suggestion from ol’ SwampSwami.  In researching this story, I confirmed that the Dallas Cowboys utilized a cheesy song called “Cowboys Stampede March” as the team’s fight song from 1961 through the middle 1990’s.

If January 28, 1996 marked the last time the Dallas Cowboys appeared in a Super Bowl, perhaps it’s time that owner Jerry Jones dust off the team’s lucky tune and start playing it in the stadium once again beginning this fall.

If you’re a Dallas Cowboys fan, you have nothing to lose!