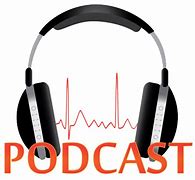 We recently discussed the drastic listenership declines at ESPN Radio.  Where did all those former radio listeners go?

A lot of former regular listeners to commercial radio have migrated to listening to sports podcasts.  There have been many reasons for that, too.

Most current phones allow you to download these audio programs and play a show when you are ready to listen.  It is quite convenient for you.  For the podcast provider, they would much prefer to have you listen to a recorded version of a show than listen to nothing at all.

If you miss one of your favorite radio shows, nearly all of them now offer a podcast version in which you can listen to all or a portion of that show on your own time.  For example, I like to plug in to listen while doing yard work and household chores.

In addition to sports podcasts from content providers to your local radio stations and their national networks, there are countless thousands of other sports podcasts floating around available for you to listen to (such as mine, of course!).

There are thousands of sports podcasts available online today.  Why are there so many?

Let’s say that you are a fisherman and want to hear someone talk about fishing conditions on the lakes and rivers in your local area.  Years ago, there was a really good weekend early morning fishing show on your favorite local sports radio station.  At some point, it went off the air, and you really miss it!  Unfortunately, there may not have been enough radio listeners to justify the cost of the show to continue airing it.

A podcast can be recorded by that same great local fishing expert and then distributed to potential listeners via the internet.  The podcast version of his fishing show may help meet demand by many of the show’s former radio station audience.

The recording can be done at home with a relatively small investment in equipment and programming services.  For example, my show required a decent microphone ($100), a free audio software (Audacity), and a third-party provider (such as Apple Podcasts) to distribute the show into the vast world of the internet.  In my case, I opted to create my own website (along with most of my own work to post stories and podcasts) to insure that your ol’ SwampSwami would always have at least one platform carrying my thoughts.  It costs a little more than $100/year as I used a nationally known third-party to secure my domain name and publish via Word Press (a really nifty product for converting your words and voice to a final product over the internet).

How is anyone going to find out about that new fishing podcast, though?  In this case, the fishing expert might want to cozy-up to one or more of his former radio advertisers to see if they would help promote the show (maybe a sign posted at a local bait store, for example).  Even better, the bait store might even consider becoming a regular sponsor to the show to help defray the costs of producing the show.

Of course, word-of-mouth advertising also can get the word spread, too.  If the fishing show host is popular in local circles, the word will get around amongst friends quickly.  Pretty soon, the show is starting to get a regular following and the initial sponsor’s business is booming from the goodwill generated by his support of the new fishing podcast!

In cases like my SwampSwami.com blog and podcasts, the content originator (me) is operating under strict cost guidelines.  Translated, I am incredibly cheap and do this primarily for personal gratification.  Though I had worked in commercial radio and loved my experiences at various radio stations, the ability to write and record my thoughts to share via the internet suits me just fine right now.

According to the Federal Communications Commission, there are nearly 4,700 commercial AM radio stations along with another 6,700 FM stations in operation around the country.

If you think 11,400 commercial radio stations are a lot, the number of podcasts on the market today is going to make your head swim.  According to one source, there are well over 550,000 podcasts – just on the Apple Podcasts platform!

Just within the sports category today on Apple Podcasts, my show is listed on page #26 – of just the letter “S” alone!

Sorry, commercial radio stations, but listenership for podcasts continues to grow annually.   The biggest problem for most podcasters (included my show) is simply getting noticed.  The universe of podcasts has become so large that it is increasingly tough to be noticed among all of the other shows.  Some podcasters will spend additional capital to advertise their podcasts on Google searches, Facebook or an assortment of other media.

Just like commercial radio, enjoyable content and listener engagement remains the best way to insure success.  Millions of listeners will find Rush Limbaugh on AM radio stations across America every weekday, because many people find his show’s content to be entertaining.

In the world of podcasting, former comedian and MMA star Joe Rogan surprised many with the popularity of his “Joe Rogan Experience” podcast.   His highly-rated show (which features quite lengthy interviews with celebrities and a variety of people) has been around since 2004.

Some companies have literally started with nothing and developed blog posts and podcasts hosted by an assortment of contributors.  Former ESPN writer and contributor Bill Simmons founded The Ringer several years ago.  It began as a sports and entertainment-themed website featuring daily commentaries and specialty podcasts.  It quickly became very successful and was sold to Spotify for about $190 million in 2020.   Cha-ching!

With this increasing success, a small number of people within the podcasting universe are now starting to cash-in on the popularity of their shows.  Even if you aren’t initially seeking to find your own show sponsors, podcasters who can regularly reach more than several thousand listeners every episode are being discovered by national and regional advertisers now.  The market is still in the growth phase.

For most of us podcasters, though, this remains a chance to display your creative side and be a small part of show business, too.  Each person brings their own viewpoint of the world, and the market will be the ultimate arbiter as to whether your show is destined to become popular or not.

No matter how small the audience is for certain sports, you can probably find a few shows to meet your interest.   Even that guy who hosted the local weekend fishing radio show may become a podcasting giant some day!