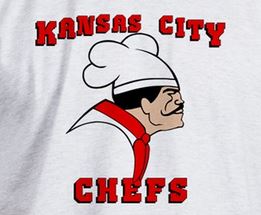 It was bound to happen during Super Bowl week.  When the media doesn’t have enough news to cover, they will make some up!

The Kansas City Chiefs will be attempting to win their second straight NFL championship in Tampa on Sunday night.  Before the Chiefs even set foot in Tampa, the sports media needed a controversy to get people talking about during the week of the big game.

Tom Brady leading the Tampa Bay Buccaneers to be the first ever home team to play in a Super Bowl history wasn’t enough to talk and write about.  Neither was Kansas City’s quest to become one of the few back-to-back winners in Sunday’s season finale.  Even stories about Chiefs’ offensive coordinator Eric Bieniemy being passed over for an NFL head coaching job this season apparently weren’t doing a good enough job of stirring the pot of national interest.

Hmm.  What could the media bring out of their bag of dirty tricks to start a controversy when there really hasn’t been one leading up to this weekend’s game?

Apparently, they found one.  Just days before kickoff of the big game, the national headlines are being dominated by a stale story claiming that the Kansas City Chiefs’ nickname is “offensive” and that the team’s fans use of the “Tomahawk Chop Chant” at the games is equally “offensive”, too.

This morning, a national media story said that Native American groups will reportedly protest both the Chiefs nickname and the “Tomahawk Chop Chant” Sunday.  A group of people referring to themselves as “The Florida Indigenous Rights and Environmental Equality” group apparently plans to protest in Tampa prior to Sunday’s game.  Alicia Norris (a co-founder of the group) thinks the Chiefs’ version of the tomahawk chop is extremely disrespectful.

Oh, the humanity of it all!

Before moving to Kansas City in 1963, a team known as the Dallas Texans was founded in 1960 by Lamar Hunt to play in the original American Football League.   After sharing the Cotton Bowl stadium with another Dallas team (yes, the Cowboys) for three seasons, Lamar Hunt moved his AFL team to Kansas City in May, 1963.

Believe it or not, a source indicated that Mr. Hunt actually wanted to keep the Texans’ nickname, but that was a really bad idea for a team which just made Missouri and Kansas home.  Instead, the recently relocated team adopted the nickname “Chiefs”.  The owner even created (yes, on a paper napkin) a simple arrowhead to become the team’s primary logo.

Though the great majority of football fans in Kansas City and America have no problem with either the nickname or the logo, there are apparently some who are offended by the team’s nickname.  Unlike the Cleveland Indians logo featuring a cartoon caricature of a Native American, Kansas City’s unique arrowhead logo isn’t offensive.  It is simply a rock.

The official Kansas City Chiefs website claims that the nickname “Chiefs” was due to the home city’s affection for their Mayor for his role in moving the team to town in 1963.   KC Mayor Harold Roe Bartle was instrumental in getting the former Dallas Texans to choose Kansas City over other bids from Atlanta and Miami.  The Mayor, well known as “The Chief” for his leadership and long-time association in leading local Boy Scout units, also liked the idea of the team being named after himself (“The Chief”) after he put so much effort into getting former Dallas Texans to relocate a few hundred miles to the north.

Now 58 years later, the story of the nickname’s origin still smells a bit odd to me.  However, if Kansas City is OK with it, why should the rest of us care?  Thankfully, America is made up of fifty states with different people and divergent ideas.  That’s the kind of regional diversity which this country was founded upon.

But what about the fans’ use of the Tomahawk chant at the Chiefs’ games?  As Kansas City’s fans bend their arms at the elbow and sing a made-up phony Native American war chant, doesn’t that mean that everyone is winking at each other about the team’s nickname really referring to Native Americans?

No, they are simply copying the longtime chant used by fans of college football’s Florida State Seminoles.  The national media attacked Florida State for continuing to use of the nickname.

The university, based in Tallahassee, team received the blessing of the local Seminole tribe to continue using the nickname as common sense prevailed.  All parties understood that the nickname was meant to signify strength and bravery.  The Seminole tribe loves it, and so do the team’s fans in Florida.  Again, Florida is just one of fifty states which feature different regional interests than the nation as a whole.

I am not aware that any particular Native American tribe which has claimed to be the rightful owner of the so-called “Tomahawk Chop Chant”.  If so, there is very limited commercial value for a ditty which features a few drums, a horn section, and fans yelling a song with no words.

In Washington DC, the team’s professional football team dropped its use of the team’s long-time nickname of “Redskins” beginning with this past season.  Though the team strangely opted to be called the “Washington Football Team” this year, most fans of that pro football team will contend that the team’s former nickname was meant in a complimentary fashion to signify a team of strong, brave warriors.   For a city filled to the brim with politicians, a change in the nickname of that city’s pro football team was a foregone conclusion.

So, here we are again.  The sports media, bereft of enough Super Bowl week news stories to justify their expense accounts, has decided to play Perry Mason again late this week.  In order to gin-up an actual sports story to follow this week, the media is making the case that Kansas City’s continued use of the “Tomahawk Chop Chant” must prove that their fans know the team’s use of the nickname “Chiefs” must be in reference to Native Americans.

Whether Kansas City’s NFL football team was nicknamed for the city’s mayor (“The Chief”) or simply to honor leaders of Native American tribes, the issue should be resolved by the local fans in their home state.

The real problem is started by troublemakers in the media who are simply trying to be noticed this week.  By Monday or Tuesday, those same people will have moved along after having started this particular “fire” all by themselves.

One national radio commentator describes the phenomenon as “The drive-by” media.  Searching desperately for a story to bring them attention, a group within the media will descend upon one particular story today, work together for a day or two to create a “fire”, and then quickly leave that story after it has peaked.  With little or no significant follow-up reporting on that story, the same group goes searching for another crisis to exploit.

This concept is similar to drive-by shootings in the old-styled gangster movies.  Remember when some of the bad guys would lean out the window of a car and fire shots into a house or business and then the car speeds away out of sight?

That is what is happening right now with this media-created story about the Kansas City Chiefs.  By starting a “fire” that wasn’t there prior this week, the sports media covering the game will quickly forget about it by next week after the game ends and they have returned home.

Simply ignore these losers, Kansas City!  They should be out of your hair soon enough.

Unless your team returns to the NFL’s season finale once again next year!