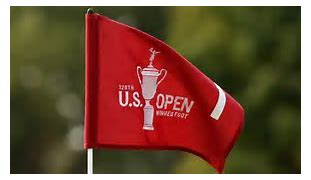 The men’s US Open golf tournament will begin Thursday at one of the most difficult golf courses in America.

Winged Foot Golf Club, which opened 97 years ago (1923) just north of New York City, has hosted other four US Opens during the modern era.   At a rather pedestrian (by 2020 standards) length of 7,264 yards, the West course plays to a course rating of 75.7.  That means it is 3.7 shots harder for a golfer who traditionally plays 18 holes in even par.

In three of the four previous US Opens at Winged Foot, the winning score has been over par.

Just 14 years ago in 2006, Geoff Ogilvie took home the trophy with a less than stellar +5 final score.   That was the year which Phil Mickelson had his best chance to grab the US Open for the first time in his career as he led by two shots standing on the 18th tee in the final round.

It was only in 1984 did Fuzzy Zoeller post a winning score with a (gasp) -4 total.  I remember that the golfers were so scared of Winged Foot (Hale Irwin’s +7 winning score in 1974 was dubbed “The Massacre at Winged Foot”) that some players refused to play in 1984 if the course set-up wasn’t modified.  The USGA reluctantly relented.

If you like seeing golfers who miss the fairway be penalized in thick, deep, gnarly rough, get your popcorn ready for a weekend of viewing enjoyment!

So, which version of Winged Foot Golf Club should we expect to see this week?

The weather is expected to be refreshingly fall-like.  High temperatures should be quite comfortable in the middle 60’s to middle 70’s.   That sounds great to me!

The USGA’s CEO, Mike Davis, is hinting that the course might play a little easier than a few of the past tournaments held at Winged Foot, too.

“We kept looking at ways [to] make the golf course a little bit easier, because this is such a great test.  It puts the premium on everything.“

Translated – If the winning score turns out to be one under par, that would be AOK with the USGA.

I am tired of seeing modern golfers banging 350 yard drives and hitting short irons into par-5 holes.  Technological advances in modern golf equipment have made a mockery of some of the country’s finest golf courses in recent years.

Get ready for Winged Foot to strike back this weekend!

Since the golf course demands accuracy off the tee and around the greens, this event should bring some of the more accurate and shorter golfers back into contention for a possible championship run this week.

With this being 2020, I believe that this US Open is going to have a storybook ending with surprises aplenty.  Let’s take a look at a few possible finishes which I would love to see come true.

Matt Kuchar is now 42 with nine PGA wins.  He has finished top 7 or better in each of the four major golf championships including a 2nd place finish in the 2017 British Open.  He is 150:1.

The 31-year old Rickie Fowler has five PGA victories and is currently a 66:1 betting option.  He has finished 2nd in the US Open, British Open, and the Masters along with a third place in the PGA Championship.

43-year old Englishman Paul Casey has finished 2nd in the PGA Championship, 3rd in the British Open, and 4th at the Masters.  He has the best odds of this quartet at 60:1.

There is one more bit of good news for the US Open.  The tournament will be telecast by Golf Channel and NBC.  Fox Sports is now officially out of the televised golf business.  Hallelujah!

The one thing you know about the US Open at Winged Foot is that the winner will be a tough-minded survivor.

Turn off the NFL again this Sunday (they don’t miss us anyway) and enjoy some great golf being played on a terrific venue!