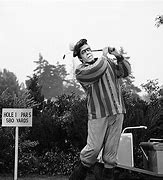 OK, the winner of the 2020 men’s US Open golf tournament at Winged Foot Golf Club on Sunday wasn’t really Herman Munster, but 27-year old Bryson DeChambeau’s style of golf reminds me of that lovable Frankenstein clone from a 1960’s television show.

I have been a fan of Bryson DeChambeau ever since he hit the PGA Tour several years ago.  I have been fascinated by this young man who majored in Physics at SMU and quickly became the “Mad Scientist” of the PGA Tour.

Bryson DeChambeau has dared to be different since arriving on the scene in professional golf.

In addition to his trademark Ben Hogan-styled cap, Bryson decided in college that he wanted to try playing golf with irons of the same length.  Traditionally, each iron is built slightly longer as each club’s clubface angle decreases.  For example, a lofted traditional 9-iron is shorter than a 4-iron.

Bryson DeChambeau read more about it.  He questioned it.  He wondered why shouldn’t irons be of the same length so that you could swing them all the same way?  Could that possibly yield more consistent results?   So, DeChambeau took the plunge, and his irons are all the length of a standard 6-iron (37.5 inches).

Bryson DeChambeau decided to give his theory a try while in college at Southern Methodist University.   It worked – for him!  He later won the NCAA’s individual championship and then won the US Amateur title back in 2015 with his spiffy single-length irons.

Many traditionalists scoffed at the notion that his unique style would be successful in the professional ranks.

Professional golfers are, by and large, quite similar in build and have incredibly silky-smooth swings that make the rest of us quite jealous.  These golfers have all worked hard for years to develop their golf games and make it look easy to the average golfer (like me).   Alas, professional golfers can be a little clone-like in both appearance and in their style of play.

No offense to Justin Thomas (who gets the most out his 150 pound frame as I’ve ever seen) or the long-hitting (and blank-looking) Dustin Johnson, but the vast majority of golfers have both a silky smooth swing and an equally stoic demeanor.

After turning professional in 2016, Bryson DeChambeau enjoyed a successful start.  He won seven times during his first three seasons and earned a spot on the 2018 Ryder Cup team and the 2019 President’s Cup squad.

After the 2019 season ended, the “Mad Scientist” wanted to add more length off the tee.  Though he was already among the upper group of golfers in distance with a driver in his hands, Bryson DeChambeau committed to increased distance off the tee by adding 35 pounds to his 6’1” 195 pound frame over the holiday break.

In addition to boosting his daily calorie intake, he worked out very hard and emerged this year as the new “Beefy” Bryson DeChambeau in 2020.  The physics major had observed how the freakish long-driving contestants whaled at the golf ball.  He wanted to develop a similar swing and go for the green on nearly every tee box.  Though DeChambeau now looks incredibly stiff and robotic while thrashing at the golf ball, he went from 302 yards off the tee in 2019 to 322 yards and a #1 ranking this past season on tour.

More importantly, Bryson DeChambeau’s overall game in 2020 still remained at a high level after adding the extra twenty yards off the tee.  He won in Detroit earlier this summer and finished fourth in the PGA Championship in August.

Yes, golf’s Mad Scientist had gone into his laboratory (gym, in this case) and emerged with the rest of his golf game still intact.  His confidence kept growing with each event as he started to become more comfortable in swinging for the fences off the tee.

Which brings us back to this weekend’s US Open at the historically tough Winged Foot Golf Club just north of New York City.

Four of the past five winners of the US Open played on this golf course finished 72 holes with an over-par total.  Fuzzy Zoeller’s -4 win in 1984 was the low score at a US Open played at Winged Foot since 1929.

Bryson DeChambeau shot a scintillating six under par for this year’s US Open tournament at Winged Foot.   More incredibly, not one of his four rounds was over par for the week.  He shot a 68-69-70-67 on this par-70 monster.  DeChambeau was the only player in the 144 player field to finish the week under par as he won by six shots over a talented 21-year old rookie, Matthew Wolff.

In a media interview after winning the golf tournament on Sunday, DeChambeau said that he had spoken to Phil Mickelson earlier in the week about how sharp your short game must be in order to escape the high rough along the fairways and around the greens of Winged Foot.

Phil Mickelson should know.  He artfully got into and out of trouble from the deep rough of Winged Foot Golf Club back in the 2006 US Open.  He was a magician out of the rough that year.

If only that tournament had ended after the 71st hole, Phil Mickelson would have earned a US Open title and completed a career “Grand Slam” of major championship golf.  Alas, he sliced his drive on the 18th hole into the woods and finished with a double bogey to lose to Geoff Ogilvie on the final hole.

Golf’s reigning Mad Scientist pondered long and hard about Mickelson’s advice as he practiced last week.  Bryson DeChambeau put in extra work on his shots from the deep rough from both the fairways and around the greens.  It paid off.

As DeChambeau became more comfortable from the gnarly rough, he gained more confidence with each passing day.

It all came together on Sunday’s final round as Bryson DeChambeau finished as the only golfer to shoot an under-par score (67) in the pressure-packed final 18 holes.

Afterwards, the golf media seems confounded again about how to react to Bryson DeChambeau’s first major championship win.  Some believe his victory will spark a landmark change in the game and how serious golfers will now hit the gym en masse to become “bombers” like Bryson.

I disagree with all of that nonsense.

Bryson DeChambeau won at Winged Foot with a great game plan, incredible confidence, a few good breaks, and a lot of skill.

Did you know that Bryson DeChambeau wasn’t the longest driver in the field this weekend?  Nope.  He finished seventh at 325 yards.  That was a full nine yards shorter than Dustin Johnson’s 334 yards average tee shot for the week.

He didn’t win just by driving for show.  He putted for dough, too.  Bryson DeChambeau finished 11th in putting for the week.

He was exceptional in all facets of the game at Winged Foot last week and emerged as the winner.

DeChambeau also led the US Open field in one particular stat which isn’t measured – self-confidence.   The media should stop writing about his shirt size.  His unyielding belief in his game plan remains his biggest strength.

SMU physics graduate Bryson DeChambeau told the assembled media on Sunday evening, “My goal in playing golf is to try and figure it out. I’m just trying to figure out this very complex, multivariable game, and multidimensional game as well. It’s very, very difficult. It’s a fun journey.”

The big fellow may look as stiff as Herman Munster when standing on the first tee and swinging a driver, but Bryson DeChambeau is having a LOT of fun on the golf course right now.

He just walked away with a US Open trophy!