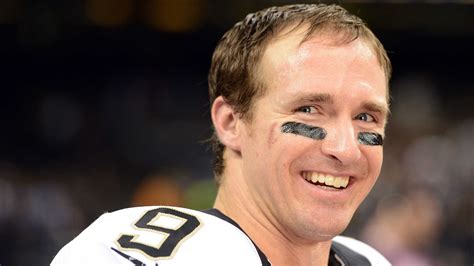 As a lifetime Saints fan (circa 1967), the time is now.  The New Orleans Saints need to shake things up – quickly.  The Saints were just embarrassed by the Las Vegas Raiders 34-24 on Monday night to fall to 1-1 this season.

Let’s begin by saying that I have been a HUGE fan of Drew Brees ever since he came out of Purdue as a second round draft pick by the Chargers in 2001.   Yes, the NFL’s leader in so many categories was not a first round choice!

No matter what happens to the Saints this season, Drew Brees will always be “The Man” in New Orleans and in the hearts of Saints fans forever.  He led the team to victory in the Saints first (and only) Super Bowl appearance on February 7, 2010.

On the other hand, remember that was ten years ago.  Ten…years…ago.

Like so many long-time WhoDat fans, I counted myself in that number when hearing “I can finally die happy knowing that the Saints finally won a Super Bowl!”   It was a joyous day, week, month, and year for millions of Saints faithful after that glorious victory.

It was something special that fans of the following 12 NFL teams have yet to experience:

Ten years later, it’s still great to know that the now 41-year old quarterback of the Saints is still considered among the best signal callers in the NFL.

However, Father Time marches on.  There is a good reason why you don’t see (many) 40-year old professional football, basketball, baseball, and tennis players.  Between injuries and diminishing physical skills, it is rare for a 40+ year old athlete to maintain the required physical and mental conditioning needed to stay at the top of their profession.

Drew Brees, legendary quarterback of the New Orleans Saints, is now showing that Father Time has made a visit.  Brees’ long ball has scaled back in the past few seasons.  It is rare for him to take a shot downfield anymore.  He is much more likely to drop short passes (15 yards and less) to receivers, tight ends, and running backs.

Need more proof?  After two games, Drew Brees has completed just four passes for 20 yards or more.   That ranks #30 in the NFL!  The current leader is Buffalo’s Josh Allen with 12 completions of 20 yards or more.

Without the threat of a home run, though, defenses can inch up closer to the line and play receivers and running backs tighter than ten years ago.  The Raiders (not exactly a defensive juggernaut) kept Brees in check on Monday.

Sure, the Saints All-Pro receiver, Michael Thomas, was sidelined on Monday night.  However, Brees and Head Coach Sean Payton had a week to prepare and work other receivers into the game plan, too.

Sean Payton isn’t going to yank a sure-fire Hall of Famer from the line-up until he (and the rest of us) is certain that Drew Brees’ skills just aren’t at a high enough level to remain the starting quarterback.

The Saints came into this season as one of the NFC’s Super Bowl favorites.  They have posted a 13-3 record in each of the past two years.  At 41 years of age, Drew Brees (who will be announcing football games on NBC next season) is mostly likely playing his last season.

The passion for #9 at quarterback is so strong that some Saints fans might say, “It’s OK for New Orleans to go 1-15 this season as long as Drew Brees is healthy enough to line-up at quarterback for one last season.  He deserves that.”

I disagree, and here’s why.  Since defenses cannot respect Brees to throw the ball downfield regularly at age 41 (and there’s no reason to be embarrassed about that), perhaps it’s the right time for the Saints to develop an offensive scheme that nobody in the NFL has ever seen.

Why not go with a three-man quarterback rotation in New Orleans for the rest of this season?

Let’s discuss why this idea has merit.  In addition to Drew Brees, the Saints have two totally different offensive weapons which they could utilize at quarterback.

Former Tampa Bay starting quarterback, Jameis Winston, was signed for a one-year deal in the off-season at a relatively low ($1.1 million) price tag.   Jameis is young (26) and has a cannon for an arm.

Winston threw for the most yards in the NFL last season.  Alas, he completed the most passes to the other teams, too.  He set an NFL record with seven (yes, 7) interceptions which were returned by the other team for touchdowns.  Ouch.

As quarterbacks go, Drew Brees and Jameis Winston are polar opposites.  On the other hand, how hard would it be for NFL defenses to prepare for both Brees and Winston on game day?

Let’s now add the “Swiss Army Knife” Saints back-up quarterback named Taysom Hill into the quarterback trio mix.  Hill, a run-first type of quarterback while at Brigham Young, was not drafted after a gruesome leg injury ended his college career.  The Saints picked Hill up and have developed him into an effective weapon the past couple of years as he occasionally substitutes at quarterback for Drew Brees or lines-up as a receiver, too.  Hill’s insertion into the Saints line-up causes defensive problems galore for opponents.

Imagine – if you will – a Saints offense which freely substitutes each of the three quarterbacks based on which talent gives the team the best chance to succeed.

Need a controlled offensive scheme?  It’s Drew Brees time!   The precision short-passing game of Brees can still be effective and keep the ball away from another team’s high-octane offense.

Need to open-up the offense and stretch the field?  Bring in Jameis Winston!   Winston has the ability to wing-it downfield and open up the running game, too.

Want to confuse the other team even more?  Tag out either Brees or Winston for wild-card quarterback Taysom Hill for a series or two!

The Saints could easily adopt a three-headed hydra style of offense immediately.  Each of the Saints’ quarterbacks could be used to exploit defenses and cause constant confusion for their opponents week to week.

A bonus would be that the Saints would be able to see if either Jameis Winston or Taysom Hill is ready to grab the reins as the starting quarterback once Drew Brees heads into retirement.

As much as Saints fans love #9, it’s time to hand-over the keys, Drew Brees!  Getting the Saints to another Super Bowl this year is far more important than a season-long swan song for the Hall-of-Fame quarterback.