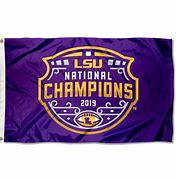 Just one year ago, the LSU Tigers put together the ultimate college football season.

The team went a perfect 15-0 in winning the national championship in 2019.  Quarterback Joe Burrow won the Heisman Trophy.  He was also selected as the #1 overall pick and joined 13 other teammates being drafted by the NFL this spring.

LSU won its fourth overall national championship last year and its third since the early 2000’s.  Multitudes of LSU Tiger football fans have been joyously spoiled by their football team’s success.

Alas, not this year.

Due to the ongoing pandemic issues in 2020, LSU’s first game of the season against SEC foe Mississippi State on Saturday afternoon just felt downright weird from the start.

Louisiana’s governor mandated that only 25% of Tiger Stadium’s normal seating capacity would be allowed.  An LSU home football game without a packed house of loud and rowdy fans looked and felt like a ghost town.

The heralded LSU Tiger Band (a powerhouse source of energy for both the team and its fans) was not permitted to jog into the stadium this season like normal.  The band’s rousing LSU pregame show was kept off of the playing field in Game 1 (and, perhaps, the regular season).   Due to seating restrictions, the 320-member band had to leave half of its squad behind to accommodate their designated 6-foot COVID-spaced positions in the stadium’s north end zone on Saturday.

Mississippi State brought their brand new pass-happy offense to Baton Rouge Saturday and pounded the defending national champions 44-34.  If you watched the game, it wasn’t nearly as close as the final score indicated.

For a college football team which has been known more for a brutal (and boring) running attack, Mississippi State’s new head coach, Mike Leach, magically transformed the Bulldogs in just one game.

Stanford graduate transfer quarterback, K.J. Costello, played his first football game in the SEC and walked away a winner by tossing an SEC record 623 passing yards against LSU’s traditionally stingy defense.  He completed 36 of 60 passing attempts for the game.  Though his throwing arm is likely sore today, Costello will happily take a victory in his first game at Mississippi State.

Coach Mike Leach built a reputation with his “Air Raid” offensive schemes at both Texas Tech and Washington State over the past decade.  The SEC is a conference which generally features balanced offenses and tough defenses.  On Saturday, Leach’s new passing offense spread the ball all over the field as the Bulldogs simply wore down LSU’s defenders on a warm and humid late September afternoon in Baton Rouge.

Speaking of the LSU defense, Tiger fans might be clamoring for refund from their new defensive coordinator after the team’s horrible performance on Saturday.   Bo Pelini, who was returning to his old job at LSU after being fired as Nebraska’s head coach back in 2014, was given a contract for an astounding $2.3 million to return as LSU’s chief defensive guru.

After surrendering an SEC passing record in his first game as the team’s defensive coordinator, LSU fans are scratching their heads about the Pelini hire already.

LSU’s offense looked equally inept for much of the game on Saturday, too.  The Tigers gained a paltry 80 yards on the ground against Mississippi State.  The passing game featured an experienced quarterback in Myles Garrett.  Though he passed for nearly 350 yards, Garrett looked uncomfortable in his decision-making and slow afoot when scrambling outside of the pocket.

Even last year’s quarterback, Joe Burrow, would have been running for his life behind a porous LSU offensive line on Saturday.  LSU’s O-line looked downright offensive on Saturday as they neither blocked well for the running backs nor protected their quarterback.

While Mississippi State came into the game with a solid offensive and defensive plan, LSU’s offense and defense performances were woefully sub-par for a team which was ranked #6 nationally coming into the game.   Though LSU fell to #20 in the polls on Sunday, I believe that the latest ranking is still too lofty and unjustified based on what we saw on the field in game #1.

Sure, LSU lost an incredible number of players to the NFL after last season.  In this COVID-19 summer, a couple of this year’s best returning players for LSU have opted to skip this season completely and wait for the 2021 draft.  On Saturday, LSU’s best returning defensive back, Derek Stingley, Jr., was unavailable for the game after being hospitalized late Friday night for an undisclosed brief illness.

LSU’s gruff head football coach, Ed Orgeron, growled, “I told the team we’re going to find out what we’re made of.  Let’s go back to work.”

While you’re handing out grades, Coach O, you deserve a D- on Saturday, too.   You had all summer to prepare your defense for a Mike Leach-styled passing offense.   It doesn’t matter how many fresh faces were in the line-up for LSU.  The defending national champions nearly always have a top ten recruiting class, so the Tigers’ back-ups are exceptional athletes, too.

On Saturday afternoon in Baton Rouge, LSU raised its fourth national championship banner.   By the time this game was over, the LSU defense was waiving the white flag after Mississippi State’s Bulldogs took a bite out of the 2020 Tigers.

Party time for LSU’s 2019 national championship season officially ended with a thud on Saturday afternoon.  This den of Tigers has an awful lot of work to do.