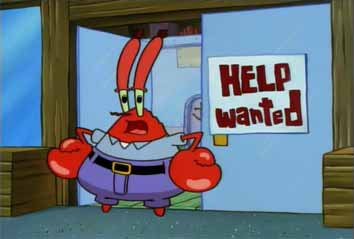 The National Basketball Association could probably use a little help in getting the word out.  You see, they have several head coaching positions which are needing to be filled.

Warning – If you value your new job, do NOT immediately lead your team to the playoffs! You can and possibly will be fired for not winning the NBA Championship!

That is exactly what happened this week to Doc Rivers of the Los Angeles Clippers.  The long-time NBA head coach led his team into the NBA Western Division semifinals this season.  After Doc’s star-studded squad of well-paid Clippers built a 3-1 advantage over the Denver Nuggets, the Clippers lost the series by dropping the final three games.

If you own a $2 Billion NBA franchise like the Clippers, apparently anything less than winning the NBA championship must be unacceptable.  Since the team usually won’t ditch the majority of the players, the next best thing to justify the high cost of tickets is to replace the coach.

Besides, some coaches make less than some of the players coming off the bench in today’s NBA.

Wouldn’t logic say that it makes more sense for the non-playoff teams to fire their head coaches?

Let’s compare the NBA to the NFL.  For example, did the New England Patriots fire Bill Belichick after failing to get to the Super Bowl last year?   Of course not!  The New Orleans Saints have been bounced from the NFL playoffs the past two years after posting a 13-3 regular season record.  Did they fire Sean Payton in the offseason?  No way!

What makes the NBA so different?

The only logical thing that I can come up with is that actual coaching skills really don’t matter very much in today’s NBA.

The so-called “stars” of the NBA have literally taken over the league and, for the most part, do whatever they want to do on the court.  Sure, the coaches still call time-outs and appear to be diagramming a play at the end of the game.  When the ball is put back into play, though, the players may or may not follow the coach’s directive.

With NBA stars spending more and more time “influencing” fans via social media, the individual players on the court are far more visible than their coaches in 2020.

Professional basketball coaches are going the way of the dinosaur.

At some point soon, you will see a female head basketball coach in the NBA.  A female ex-college player, coach, and/or professional player certainly will have earned a chance to coach in the NBA soon.

In case we haven’t noticed, today’s NBA is all about making social statements to their dwindling fan base in America.

Just don’t tell that future first female NBA head basketball coach that the job has now been reduced to organizing practices, giving pre-game pep talks to your team, yelling at referees, calling time outs, showing-off your drawing skills on a grease board, and providing post-game comments to the media (as long as you don’t say anything bad about one of your players).

Seriously, how much actual basketball coaching skill is required to do that?  In today’s NBA, it doesn’t seem to matter what the coaches try to get the players to do on the basketball court.

The highly-paid players of today’s NBA will pretty much do whatever they please once the game begins.

Former Houston Rockets coach Mike D’Antoni frequently talked to star guard James Harden about his need to make better decisions on the basketball court to reduce his prolific number of turnovers every game.  James Harden, a very gifted offensive player who scores 30 points per game every year, has also averaged nearly 5 turnovers per game for the past several years under D’Antoni’s leadership.   This past season, Harden still finished second in the league with 4.41 careless passes per outing.   Needless to say, the Houston Rockets were bounced early in the playoffs again this season.

Do you think that James Harden’s turnover problem stems from bad coaching by Mike D’Antoni?  Hardly.  Houston’s star player apparently is not willing to focus on improving this negative statistic which annually costs the Rockets at least 2 to 4 points per game due to his poor decision making on the court.   Harden’s turnovers directly contribute to a few more losses for the Houston Rockets every year.

So, did the Rockets trade their $38 million/year turnover-prone All-Star guard in September or send their $4 million/year head coach packing?  B’bye, Coach D’Antoni!  The Houston Rockets head coach made just 10.5% of James Harden’s annual salary, but, of course, he also doesn’t draw fans willing to overpay for Rockets’ season tickets!

Will the next head coach of the Houston Rockets succeed in getting James Harden to reduce his league-leading turnovers next season?  Stay tuned, but I wouldn’t bet on it.

The NBA’s current “dean” of coaches is San Antonio’s Greg Popovich at 23 seasons.  He has also won five NBA championships over that period, too.  The next longest-serving coach is Rick Carlisle of the Dallas Mavericks at 17 years.   He led Dallas to a title nine years ago in 2011.

80% of NBA head coaches (that’s 24 of 30) have been in their position for less than ten years.   The trigger-happy NBA team owners fire an average of six coaches per season.   That means that 20% of the NBA’s teams are looking for a new coach every season.

Returning back to our original thesis of this story, being an NBA head coach used to mean that you had ascended to the heights of your profession.   The great coaches of the NBA’s past would be shocked at how little today’s players actually pay attention to instruction from coaches.  Who knows more about basketball?  LeBron James or Los Angeles Lakers Coach Frank Vogel?

For upcoming coaching hires, perhaps the NBA should dip into the ranks of elementary school teachers to find qualified applicants with years of experience handling a group of spoiled children?   Another idea might be to interview an experienced psychologist who can better empathize with the daily needs of his team.

At some point, an NBA team will hire a coach who played some basketball in both college and the NBA and teaches his team using Zen instructional methods and Native American spiritual practices.