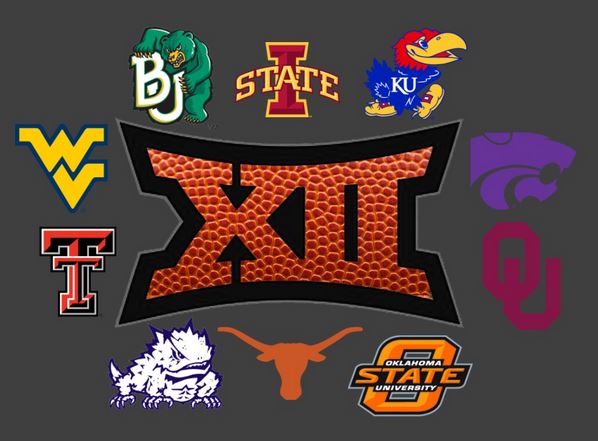 The Big 12 Conference began the 2020 college football season with a big thud.

It was three other games (all on national television) which brought the spotlight onto the Big 12 Conference last weekend.  All three games were at home against Sunbelt Conference teams.

In the early game last Saturday, the upstart Ragin’ Cajuns from Louisiana-Lafayette knocked-off #23 Iowa State at the Cyclones home field.  The final score of 31-14 was legit.  ULaLa won 11 games in 2019 and has one of the best young coaches in the country in Billy Napier.   With the win, the Cajuns grabbed their first road victory over a top 25 team in program history.

Next, it was time for recent Big 12 power Kansas State to play Arkansas State Saturday afternoon in Manhattan (Kansas, that is).  The Red Wolves of Arkansas State are another Sunbelt Conference team.

In the alphabet battle of K-State vs. A-State, Kansas State bolted to a 21-7 lead at home.  Unfortunately for the Wildcats, the second half was played.   Arkansas State raced from behind and grabbed a 35-31 victory.  It was just the second win over a so-called “Power 5” conference team by A-State since they moved to the upper division 28 years ago in 1992.

In the midnight football finale Saturday, FS1 featured former LSU head coach Les Miles and his Kansas Jayhawk football team hosting another Sunbelt program, Coastal Carolina.  The Big 12 was already 0-2 against the Sunbelt on Saturday, and the Chanticleers (a rooster, by the way) had defeated KU last season, too.  You would think that Les Miles would have his team ready to play.

Coastal Carolina obliterated Kansas 38-23.  The Jayhawks trailed 28-3 at the half as a last-second KU field goal doinked through the uprights on the final play of the half.  It was ugly.  Really ugly.

So, the Big 12 went 0-3 against the mighty Sunbelt Conference last weekend.  Lest we forget, Big 12 football power Texas Tech barely escaped an upset bid by Houston Baptist of the Southland Conference (FBS) with a 35-33 win Saturday night.

During that same period, the Southeastern Conference has won 12 BCS football championships (12-22 or 54.5%).  The Atlantic Coast Conference (ACC) is next with five, Big Ten has two, and the Pac 12 comes in last with just one national championship in the BCS era.

Within the so-called “Power 5” conferences, the SEC and the ACC possess 17 of the 22 (77.3%) of the national championships in football since the advent of the BCS system.

Down south, it just seems like the football expectations should be higher for the Big 12.

If you step back and take an honest assessment, the Big problem lies with the Big 12 itself.

Things rolled along fine for 13 years until the big money grab in 2011.

First, Nebraska bolted for a higher payday and “more respect” in the Big Ten Conference in 2011.  Since moving out of the Big 12, the Cornhuskers’ football program has been in decline with disappointing results since joining their new conference.

Also in 2011, Colorado also left the Big 12 and headed west to the Pac-10 (which later became the Pac-12).  Like Nebraska, the Buffaloes have been a relative non-factor in most football seasons since joining the Pac-12.

Texas A&M (still sore about the University of Texas’ lucrative financial deal made with ESPN to create the Longhorn Network) and Missouri jumped to the SEC in 2012.  Though the Aggies have been competitive in the extremely tough SEC West, Missouri’s venture into the SEC East has produced a few exceptional seasons along with a few mediocre ones, too.

To regroup, the Big 12 Conference grabbed two new teams.  West Virginia (formerly of the Big East) and Texas Christian University (formerly of the Mountain West) became a part of the conference.

Just to be fair, the Big Ten Conference currently has 14 teams.  Go figure.

So, why did the Big 12 Conference stop with just two new teams?  The University of Houston (one of the original Southwest Conference schools) seemed like a natural fit, but the University of Texas apparently didn’t like the idea of having a nearby recruiting rival within the conference.

Other teams considered included Southern Methodist University (already within the Dallas-Fort Worth TV market with TCU), Boise State, Brigham Young, and Univ. of Central Florida (bad geographic fits) along with the University of Cincinnati and Memphis (too small?).

With just ten teams, the Big 12 then decided to play a nine-game conference football schedule featuring games against every conference team.  Unfortunately, the winner rarely emerges unscathed and must cling to the hope that there aren’t very many undefeated teams available for the BCS to choose from to place in the two national championship semifinal games.

Your SwampSwami has two steps to make the Big 12 relevant again:

First, the Big 12 needs to become “The Dirty Dozen” once again

My math says that having six teams apiece in two divisions (North and South) would minimize the very unwise collateral damage created from playing every conference team every season.  In my new configuration, each Big 12 team would play five divisional rivals, a couple of cross-conference games, and add a couple of cupcake/homecoming-type opponent games against non-conference teams.  (Note to Big 12 – stay away from the Sunbelt Conference next year).

Which two teams to add?  That’s easy.  Add the University of Houston and the University of Memphis as soon as possible.  Both teams are currently in the American Athletics Conference.  They have large facilities and strong regional alumni and fan support.  To keep the Texas Longhorns placated, I’ll agree to put the Houston Cougars into a different division.  Besides, this will make UH fans savor any match-ups they get with Texas even more.  Below are my proposed divisions:

Part two – Pay off U.T. to abolish the Longhorn Network in favor of the Big 12 Network

It’s time for the Big 12 to cut a deal with Texas to drop ESPN’s Longhorn Network in favor of building a Big 12 Network (just like the SEC and Big Ten have in place).   The other conference members need to ante-up and pay-off Texas for the present value of their remaining television deal.  This is doable.  By having more television exposure within the geographic footprints of the Big 12 markets, the league’s recruiting will be strengthened.

This really isn’t hard.  The “new” Big 12 Conference will emerge with more balance and a few teams not named OU and Texas actually having a legitimate chance to challenge for national championships.