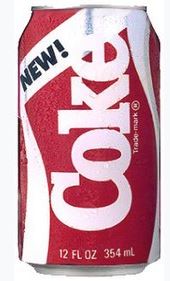 It’s hard to break lifetime addictions.  With so many protests being planned for the National Football League’s opening week, I figured it was time to try my own.

I did not watch one minute of NFL football during week #1.  Not Thursday.  Not Sunday.  And, as I write this, I certainly won’t watch ESPN’s Monday night football doubleheader tonight.

That says a lot as I have been a New Orleans Saints fan since year one (1967).  Tonight, this may be the first nationally televised Pittsburgh Steelers game which I will purposely miss since Shreveport’s own Terry Bradshaw joined the team back in 1970.

I have watched NFL football on television every week since the days of black and white television.  When you can remember watching the NFL in years even before the first Super Bowl was played (January, 1967 – 53 years ago), it’s safe to say that I am a long-time fan.  And, yes, I’m getting pretty old.

This wacky year of 2020 has been one that most of us would like to forget.  There was (and still is) a lot of concern that the professional or college football season would even be played.  If your favorite college football team plays in the Pac-12 or Big 10 conference, they have already bailed-out on the fall of 2020.

For professional football, the players, owners, and all concerned depend on revenue generated by national television contracts, in-stadium revenues, regional radio networks, merchandise, parking, and assorted other revenue streams.

It is a business which depends on customers to buy their products.  If you watch games on television, the league is promising their advertisers that a certain number of customers will be watching the game and, perhaps, willing to purchase the products being pitched during the numerous time-outs and extended halftimes.

As lingering concerns remain about ways to deal with the COVID-19 pandemic, the NFL decided to forget about the pre-season (a smart move which would be a customer-friendly move going forward).  Week one games were played in mostly empty football stadiums.  Local medical edicts allowed a few cities (Kansas City and Jacksonville) to seat about 15,000 fans ordered to spread out if they wanted to attend the games in person.  Some NFL teams will consider allowing some fans after the first weeks of play end.

The lack of fans in the stands due to the pandemic is one thing.

The players of the National Football League wanted to start each game with a protest to bring more attention to social issues in America.  Their employer supported the protests.  The media (especially those who have long-term contracts with the football league) showed solidarity, too.

As a long-time football fan, I watch football for entertainment.  I do not watch sports for political and social commentary.  If I wanted to watch that, there are plenty of choices available during the week.

For many fans, sports are an oasis to get away from the pressures of daily life.  A sporting competition conducted by talented players serves as a temporary distraction from life’s problems.

Sports are quite similar to watching a good movie for a few hours.  If you like a certain type of movie (such as Star Wars or The Avengers movies), you wouldn’t think about missing an episode.

In this wonderful free market, the NFL can run their league any way they wish.  They can cut the number of teams (a good idea) or they can add teams in London and Mexico City (it’s coming – just wait).  They are free to do whatever they deem in their own best interest.

Do you remember Coca-Cola’s failed “New Coke” campaign in 1985?

The company quickly lost market share to rival Pepsi and reversed course after it started to have a significant effect on their bottom line.  “Coca-Cola Classic” returned to the product mix within just three months.  After a few more years of declining sales, “New Coke” was finally sent to the cola retirement home.

All professional sports leagues are welcome to make any kind of changes in their products that they wish.   Fans of the leagues are likewise welcome to either embrace those changes or find other ways to spend their time.

My own long-time habit of watching professional football came to an end this weekend.  It really wasn’t that hard to do.

In fact, I am a bit surprised today that this was so easy to do.   It is too early to say whether I may or may not watch any NFL games this year.  If the Saints play the Steelers in the Super Bowl this season, I will definitely be in that number.

In the meantime, it’s time to enjoy the cooler fall weather and pursue other options on the weekends for my personal enjoyment and entertainment.

My golf clubs are calling me back!