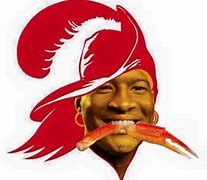 As reported last weekend, the New Orleans Saints have landed yet another castaway quarterback as former Tampa Bay starter “Famous” Jameis Winston signed a one-year deal with the Saints this week.

Over the past two seasons, the Saints’ have apparently gained the reputation as the NFL’s “Quarterback Rehab U.”

Bridgewater was a late first round pick in 2014 by the Minnesota Vikings and had some initial success in the NFL as the Vikings quarterback.  In his third season, he suffered a devastating left leg injury which required a lengthy rehab and was eventually shipped to the New York Jets for the 2017 season.

Fortunately, the likeable Teddy Bridgewater was dealt to the New Orleans Saints in 2018 to become a back-up for future Hall-of-Fame quarterback Drew Brees.

After spending his first year in New Orleans on the bench and learning the system, Teddy’s confidence and career slowly became reborn.  In 2019, Drew Brees was injured, and Bridgewater led the Saints to a perfect 5-0 record as a starter until Brees returned to the line-up.

The rest of the NFL noticed.  Bridgewater recently inked a lucrative 3-year, $63 million deal to play for the Carolina Panthers (ironically, a Saints competitor in the NFC South).

Teddy Bridgewater (a fan favorite everywhere he has played) has been given a mid-career reboot after his time in New Orleans and is now financially set for life after spending a couple of years learning from the Saints’ quarterback brain trust.

Different than Teddy Bridgewater, Jameis Winston came into the NFL in from Florida State as a gifted athlete with a cannon arm.  Standing 6’4” and weighing 230 pounds, he won the 2013 Heisman Trophy in leading Florida State to the college football national championship that season.  Winston even pitched for the Seminoles baseball team.

In the 2015 NFL draft, Jameis Winston was selected by Tampa Bay with the first overall pick.  His initial NFL contract guaranteed him nearly $17 million with the four-year deal paying him a total of $23.35 million.  Jameis Winston should be financially set for life no matter what happens over the remainder of his NFL career.

As in college, Winston immediately showed the NFL that he had great athletic talent.  Just last year in Tampa Bay, Jameis passed for over 5,000 yards.  That makes him one of only eight NFL quarterbacks to accomplish that feat.  He joins legendary talents like Dan Marino, Peyton Manning, Tom Brady, Ben Roethlisberger, Matthew Stafford, Patrick Mahomes, and his new mentor in New Orleans, Drew Brees.

Unfortunately, the 2019 version of Jameis Winston also set an NFL record by becoming the first player to pass for 30 or more touchdowns (33 in his case) and 30 interceptions in the same season.  He averaged nearly two interceptions per game in 2019 as the Bucs finished the year 7-9 for the season and just 2-6 at home.

Turnovers lose football games.  You cannot give the ball to an opponent two additional times per game and expect to win more games than your team loses.  Statistics confirm this theory.

Despite his significant athletic talent, Jameis Winston’s decision-making on the field was losing the team too many games.

Last season, the Tampa Bay Buccaneers hired a new head coach.  Two-time NFL Coach of the Year Bruce Arians was successful in assisting the skills of NFL legendary quarterbacks such as Peyton Manning, Ben Roethlisberger, Carson Palmer, and Andrew Luck.  He even wrote a book about developing quarterbacks during his professional career.  It is titled The Quarterback Whisperer.

Before you start feeling badly for Jameis Winston, it should be noted that he has a lengthy history of making questionable personal decisions, too.  During his three years in college at Florida State, Winston made national headlines for:

Even after scoring a respectable 27 out of 50 on the Wonderlic aptitude test (just one point lower than his new teammate, Drew Brees), Winston’s NFL career has been clouded  by accusations of groping a female Uber driver (suspended by the NFL for three games in 2018).

Regardless of his physical football talent, Jameis Winston’s lack of personal maturity and ability to make good decisions has been an issue on and off-the-field for years.

This brings us to the New Orleans Saints and the chances for a new and improved “Famous” Jameis Winston, version 2.0.

In February, 2020, Winston underwent Lasik eye surgery to help correct his nearsighted vision.  Depending on how bad his vision was, it is possible that he didn’t see either his receivers or defenders very clearly downfield.  It certainly won’t hurt his on-field performance moving forward and makes me wonder how this issue wasn’t corrected before now.

This week, Jameis Winston signed a one-year deal for the New Orleans Saints at a relative bargain price.  Reports indicate that Winston’s base pay will be about $1.1 million in 2020.  From the Saints’ perspective, the cost of adding Jameis Winston to the roster is peanuts.

For Coach Sean Payton, there are a number of possible good things associated with getting Jameis Winston on the team.

Saints fans are likely to give the benefit of a doubt to their head coach who brought the Crescent City its one and only Super Bowl title eleven years ago.

For New Orleans Saints fans like me, there are a number of questions about adding someone like Jameis Winston into the team’s clubhouse:

Yes, the Saints were able to give Teddy Bridgewater a chance to hone his craft and reboot his NFL career in Carolina.  However, Teddy’s attitude and off-the-field behavior were never in question coming into New Orleans.  Teddy Bridgewater passed the team chemistry test.

In 2020, Jameis Winston has corrected his vision, married his girlfriend, accepted a humbling new salary, and now gets a chance to pick the brain of Drew Brees, Sean Payton, and the Saints’ considerable offensive brainpower.  On the surface, it sounds like Jameis Winston is willing to try and start his career anew, too.

On the other hand, think about this.  There is a reason that Tampa Bay let Jameis Winston go and that none of the other NFL teams were willing to sign him to become their starting quarterback.

That’s why the story of the Saints and Teddy Bridgewater (Version 2.0) had a happy ending.

History leads me to believe that the story of Jameis Winston (Version 2.0) in New Orleans may not.