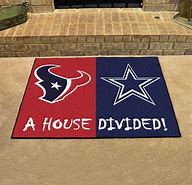 In Dallas, the NFL’s Cowboys and their football fans are delighted with the team’s recent haul in the 2020 draft class.  This weekend, the NFC team for the state of Texas just grabbed a veteran NFL quarterback with a local connection for peanuts as one this season’s smartest insurance moves.

If you mosey on down 240 miles to the south on I-45 to Houston, though, it’s a quite different story.  The team’s head football coach, Bill O’Brien, is also the team’s General Manager.  Given the Texans’ questionable personnel moves over the past few months, pro football fans of the southeast Texas AFC team are wondering what the heck is happening to the football franchise located in America’s energy capital.

Geographically speaking, Texas is the second largest state (behind Alaska) in the USA.  The rivalry between the sports teams for Dallas and Houston can be as energetic as the state’s abundant oil, gas, and wind resources.

The Dallas Cowboys were the first NFL football team to plant their flag in Texas.  Born sixty years ago in 1960, the team’s success on the field under long-time head coach Tom Landry gradually built a national following.  Though football fans in Green Bay and Pittsburgh might argue otherwise, the media somehow dubbed the Dallas Cowboys as “America’s Team” despite the quiet persona of their reserved head football coach.

Dallas won a couple of Super Bowls in 1971 and 1977 under Tom Landry and lost three other times in the big game during the 1970’s, too.  After going “0-for-the-80’s” and sliding out of the Super Bowl spotlight, the Dallas Cowboys NFL team was sold to an Arkansas native, Jerry Jones.

Jones, who made and built his early fortune in the oil business in Fort Smith, Arkansas, forked-over the most money ever paid (at that time) for an NFL franchise in early 1989.   For the now-paltry sum of $140 million, the 2020 version of the Dallas Cowboys are considered to be worth somewhere between $4 and $5 billion.

Jones’ investment in the Cowboys has certainly paid-off a lot easier than drilling a 10,000 foot vertical dry hole somewhere in the Arkoma basin in the middle 1980’s.

A few hundred miles to the south via I-45, the Houston Oilers of the fledgling American Football League are celebrating 60 years of professional football this season, too.  Unfortunately, it will happen in Nashville, Tennessee.

One of the original members of the AFL, the Houston Oilers won the league championship in both 1961 and 1962, and the team was granted entry into the NFL in 1970 with the merger of the two pro football leagues.  Playing in the so-called “Eighth Wonder of the World”, the Houston Astrodome, the team’s enthusiastic fans embraced the team with their “Luv’ Ya Blue” song and confident swagger in Houston.

Though the Houston Oilers were denied a few chances to make the Super Bowl in the 1970’s by their arch-nemesis, the Pittsburgh Steelers, the team made the NFL playoffs ten out of their 26 seasons after the AFL/NFL merger.

As the NFL grew in popularity, Bud Adams, the owner of the Houston Oilers, wanted a larger venue than the cozy 50,000 seat Houston Astrodome.  On more than one occasion, “Bottom Line Bud” threatened the city of Houston that he would move the franchise if the city’s taxpayers didn’t build a bigger and more luxurious football stadium for his team.

After making a serious threat to move the Houston Oilers to Jacksonville failed in 1987, Bud Adams kept-up the pressure for the city to build his team a bigger facility.

In 1996, team owner Bud Adams moved the franchise to Tennessee and then played two seasons in Memphis (1997 and 1998) waiting for the team’s brand new stadium in Nashville to be completed.  With a final move to Nashville, the Tennessee Titans were born in 1999.

What about the nation’s fourth largest city in Houston?  Never fear, local businessman Robert McNair quickly cut a deal with the NFL, won a bid for an expansion franchise, and the new Houston Texans debuted in the AFC in 2002.

And, wouldn’t you know it, the Houston Texans began playing football in their brand new football stadium which seated 72,000 fans who were lined-up and ready to pay a lot of money to watch NFL football in Houston again.

Though the Jerry Jones’ Dallas Cowboys won three Super Bowls in the 1990’s under the guidance of mastermind head coach, Jimmy Johnson, “America’s Team” hasn’t played in a Super Bowl since 1995.

Since the birth of the Houston Texans, the entire state of Texas hasn’t sniffed a Super Bowl appearance by one of their two teams in 25 years.

The battle for professional football fans in the Lone Star state still isn’t much of a competition.  Dallas, with its storied history and notable players over its sixty years, is far and away the more popular team in Texas.   Until the Texans actually win something, it’s likely not to change.

Before either team can do any Texas-sized bragging, neither Houston nor Dallas has advanced to even play in a conference championship game during the 2000’s, either.

That brings us to today’s Dallas Cowboys and Houston Texans.

The Dallas Cowboys finally terminated long-time head coach (and former back-up quarterback) Jason Garrett after the 2019 season.  The team’s new head coach, Mike McCarthy, brings a history of success in reaching the playoffs and winning one Super Bowl during his 12 full seasons as the head coach in Green Bay.  With a new coach in town, Cowboys’ fans are hopeful to reboot their team back to the top of the NFC once again.

In the 2020 NFL draft a few weeks ago and the addition of Oklahoma’s speedy wide receiver CeeDee Lamb in the first round, most football analysts are saying that Dallas’ draft class was their best in several years.

This weekend, Dallas claimed former TCU (Fort Worth) and Cincinnati Bengals starting quarterback Andy Dalton for about $3 million for the upcoming season.

That savvy move allows Dallas more flexibility in dealing with incumbent quarterback, Dak Prescott, whose agent believes his client should be paid upwards of $40 million per season.  With such outrageously expensive contract demands for the quarterback of a mediocre football team, Blue Star football fans in Big D have started to sour on former fan favorite Prescott.

It promises to be a very interesting competition at quarterback this season in Dallas.

In Houston, fans of the Texans are still trying to figure out why head coach/GM Bill O’Brien dealt the team’s best player, wide receiver DeAndre Hopkins, to the Arizona Cardinals after the end of the 2019 season.  The Texans received a talented (but oft-injured) running back in David Johnson as part of the transaction, but most fans believe that the Texans made a bone-headed deal.

O’Brien recently signed free-agent wide receiver Brandin Cooks.  A former first round pick of the New Orleans Saints, Cooks enjoyed a couple of good seasons catching the football from Drew Brees.  Surprisingly, the Saints didn’t move to keep Cooks as he moved to play for both New England and Los Angeles the past three seasons with moderate on-field success.

So, you would think that the Texans’ Bill O’Brien would draft one or two wide receivers early in last month’s NFL draft, right?

Wrong.  The Texans finally took at wide receiver from Rhode Island University, Isaiah Coulter, in the fifth round.   Unless the Texans know something that the other 31 NFL teams didn’t, don’t look for the rookie Coulter to be replacing Hopkins’ receiving yards in Houston anytime soon.

As the 2020 NFL season draws near, the mood of professional football fans in the two Texas NFL markets in Texas are at opposite ends of the emotional spectrum.

Dallas Cowboys fans have a newfound pep in their two-step with a brand new head coach, a great draft class, and local quarterback now onboard as hope springs for a possible return to the team’s glory years in 2020.

To the south in Houston, fans of the local professional football team seem to be experiencing a collective hitch in their giddy-up at the moment.  A series of questionable moves by the team’s combination head coach/general manager could send the Texans organization spiraling into a tailspin in 2020.

For the ownership of the Houston Texans, there would be nothing worse than hearing a chorus of, “How ‘bout them Cowboys!” around their city should Texas’ other NFL franchise up the road via I-45 be the only Lone Star state NFL team to reach the playoffs this season.