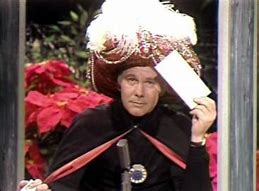 Though much of the country is trying to take one careful step at a time to come out and deal with life during this C-virus pandemic, the sports landscape has, for the most part, gone blank.

Other than the fortunate timing of the National Football League whose season had already concluded, sports fans of the other major sports (basketball, hockey, and baseball) have literally been shut down while we collectively figure out ways to deal with everything.

In the short-term, there wasn’t a question that the right step was to shut everything down, keep people relatively safe, and work as hard as possible on both a cure and medicines/practices that would speed-up recoveries from effects caused by a worldwide pandemic.

For college basketball, no school this spring has meant no March Madness and Final Four conclusion.  For college baseball, the end of on-campus classes has meant there will be no baseball tailgating trips to Omaha this June, either.  The same goes for the annual women’s softball finals in OKC, too.

Question #1:  What should the NBA and NHL do with their remaining seasons?

As of this writing, the National Basketball Association and National Hockey League still have about 20% of their regular season games remaining plus their traditional three month slog of playoff games to go.

Both sports feature a lot of person-to-person contact, so the only conceivable way to play any games would be to test the players and game officials prior to every single game – even if no fans were permitted into the stands.

Since both leagues normally conclude play in June, a resumption of the 2020 season without adjustments would encroach on “King Football” as games would roll into the start of football season.

That would be a very bad idea.

For a sports fan like myself, I would prefer that the two leagues immediately end the regular season and award the top 16 teams as playoff participants.  If there are any ties involved for the final spot, then a single play-in game would be needed prior to beginning the playoffs.  All other tiebreakers between playoff teams would be determined by current league rules.

Then, let’s play a two-of-three series in an empty arena (for example, playing all of the NBA’s playoff games at Disney World appeals to me).  For the finals, make it a best three-out-of-five series.  If started in June, you would still be finished before mid-July and not have to share the spotlight with football.

If the virus breaks out on a playoff team, that team would be required to forfeit any remaining games in this 2020 abbreviated playoff season.

To me, this year is much like one of those strike-shortened seasons of the past.  Just put an asterisk next to this year’s NBA and NHL champions and proceed into next season.

Question #2:  What about Major League Baseball?

I think the same concepts apply with baseball.  Finish the regular season (however many games are played) by September 30 and shorten all of the playoff series so the World Series finishes in the month of October.

It’s going to be hard to “social distance” baseball players in a single dugout.  Perhaps they might want to send a few more players to the bullpen and even leave a few benchwarmers in the locker room.

You will also need to run daily testing of players and officials, too.  Initially, it might be wise to play games in Florida and Arizona spring training venues to minimize travel issues for players.  The games could still be telecast/broadcast back to each team’s home market.

If the daily C-Virus count for all major league cities reduces to nearly zero (again, that’s a big “if” this summer), why not allow the teams to stage their home games just like the churches are going to start doing soon?  Fans may occupy seats on every other row.  Then, on each of those rows, sell every third seat to keep space between fans.

Sure, that means that about 80% of the stadium would go empty (by design), but it might give 10,000 fans a chance to go to a ballgame if they desire.

Just like the NBA and NHL, though, if a baseball team develops an outbreak of the virus during the abbreviated 2020 season, that team must forfeit games for the remainder of this year.  This forces both players and owners to be smart and careful in playing their season.

Question #3:  Why should sports franchise owners voluntarily lose money with these ideas?  Shouldn’t the players also sacrifice a portion of their paychecks, too?

Absolutely!  If the leagues want to resume playing, then both the players and owners must quickly agree on a suitable temporary one-year “reduced pay” agreement to account for lack of in-stadium revenues.  If both sides refuse to deal with the economic realities in returning to action, it makes more sense to simply cancel the season.  If that happens, though, the professional sport will be taking a bigger chance on future revenue streams if fans don’t miss that particular sport as much as first thought.  Right, baseball?

The thought of lower pay for players and lower franchise values for owners should bring both sides to the table quickly.  There’s nothing like money to motive both sides.

Question #4:  Should we have a college football season this fall?

Sure!  But first, remember that the NCAA recently proclaimed (effectively), “If the school isn’t open for on-campus students, then that same school cannot field a college football team this fall”.

That sounds logical to me, too.

If colleges in the harder-hit areas of the Northeast, Middle Atlantic, Upper Midwest states choose not re-open their campus to students to attend school this fall, then their student-athletes are no different.  I do believe it is quite possible that one or more universities in the Big Ten, ACC, or other major conferences do not play football this fall.

Any football conference can opt to cancel the entire slate of games if they choose.  On the other hand, NCAA football conferences should allow a great deal of scheduling flexibility for this year’s schedule. At worst, many college football teams may be able to play their normal conference schedules.  If a scheduled game versus a non-conference opponent doesn’t materialize, though, simply consider it a “bye” week.

Who cares if the season ends with an Alabama at 9-0, Ohio State finishes 5-2, and Oklahoma is 7-1.  When the regular season ends, regardless of the number of schools fielding a team in 2020, go ahead and select a BCS Final Four and play for a national title!

This season will likely have a big asterisk (just like in professional sports), but who cares?

Question 5 – What about the people in the stands for NFL, college, and high school football games?

The pageantry associated with football in America is a big ingredient in the game.  In addition to the thousands of fans in attendance, there are also the marching bands, cheerleaders, and pep units associated with football games which must be considered for a resumption of the upcoming football season.  Could you imagine the LSU Tigers playing a home football game without having the Tiger Band as a part of it?  Me, either.

In addition to the incredible amount of testing which will be required for the players and officials, is it possible to utilize the current “social distancing” rules to allow those other student groups to participate in football games, too?

As far as seating capacity goes, I maintain that a stadium which is 20% filled (every other row and adding empty seats between fans on the same row) is a possible solution.  For most high schools and the smaller colleges, the loss of revenue at home games from spreading out will not be as dramatic as for the large stadium flagship universities in most states.

Cutting 80% of the revenue from a home football game at the University of Texas or Tennessee would be devastating to their school’s overall college athletics budget.  There will be a significant trickle-down effect into the athletic budgets for most other sports if home game college football attendance is reduced by upwards of 80% due to social distancing and safety concerns.

For the NFL, the same principles would also apply, but revenue from television is large enough for the team owners and players to deal with this issue – at least for one season.

As the spring advances, I’m sure we’ll find out soon enough how the sports world will (or won’t) make key adjustments for the remainder of the year.