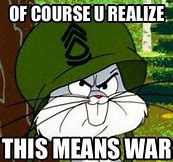 *Note – Due to hosting issues, this post (initially published 4/22) is being re-posted. Sorry!

To the northeast of New Orleans, long-time gunslinger Matt Ryan readies his Atlanta Falcons for another challenge in 2020.

In Charlotte, the Panthers’ new quarterback, Teddy Bridgewater, and their new offensive coordinator, Joe Brady, reconnect after spending time together in New Orleans two years ago.

But the NFC South’s biggest ripple is expected to come from Tampa Bay as former New England legend, Tom Brady, should add even more drama to this already-tough division.

In addition to Brady, the Buccaneers have now added Brady’s former swashbuckling tight end, Rob Gronkowski, after handing the Patriots a fourth round pick as Gronk ended his one-year retirement to play ball with his ol’ buddy from New England.

Tampa’s Buccos’ will now have even more of the sports media’s focus (good for Saints/Falcons/Panthers fans) with the former Patriots’ dynamic duo on the squad.  With that, the post-season expectations for the south Florida franchise just took another leap, too.

For the current NFC South kingpins, the New Orleans Saints, the Gronkowski addition in Tampa will add more fuel to the fire.

Head coach, Sean Payton, and Hall-of-Famer quarterback Drew Brees will not lay down and anoint the Tom Brady-led Tampa Bay Bucs as the best team in this division, either.

With the NFL draft coming up on Thursday, the newest signings by Tampa Bay may alter the draft day decisions for New Orleans as well as Atlanta and Carolina.

With an unexpectedly bad (5-11) season in 2019, the Carolina Panthers have been busy this year, too.

They fired their long-time head coach (Ron Rivera – who is now the head coach in Washington) and then hired a “hot” college coach from Baylor (Matt Rhule).

Along with the coaching change, the Panthers have been dealing with issues with key players, too.  Quarterback Cam Newton, a former overall number 1 draft pick and NFL MVP, has been told to hit the road due to his long litany of injuries and inconsistent play.   He is now a free agent looking for a new team to play for.

On the surface, it appears that Carolina has a number of holes to fill in the NFL draft and via other acquisitions to become competitive again in the NFC South.  Carolina can become the spoiler in this season’s drama if the team is rejuvenated by a new coach and attitude.

In Atlanta, the Falcons made one of the league’s biggest splashes in the off-season by signing running back Todd Gurley in a deal with the Los Angeles Rams.

At times, Gurley has been a beast on the field while other times he seemed to fade into the background.  For the Falcons’ 30th ranked running game, Gurley can only help the team achieve more balance and preserve the careers of both quarterback Matt Ryan (13 years in the league) and perennial All-Pro wide receiver Julio Jones (ten years in the NFL).

Atlanta, which has finished with a disappointing 7-9 the past two years after appearing in the Super Bowl just three seasons ago, has given its head coach, Dan Quinn, one final chance to return this team into playoff contenders.  He is on a very short leash this year, and the Falcons are the “under-the-radar” team to watch beginning this fall.

That brings us to the New Orleans Saints.

The Saints have dominated the NFC South for the past three seasons.  Winning eleven regular season games in 2017 and thirteen each in 2018 and 2019, New Orleans has been obsessed with making their second trip to the Super Bowl before 41-year old quarterback Drew Brees finally retires and heads to the NBC broadcast booth.

The Saints lost that heart-breaking playoff game on the final play of the game in Minnesota three years ago.  In 2018’s season, the Saints lost a very controversial home playoff game to the Los Angeles Rams in the NFC Championship game with a missed pass-interference call late in the game.  In 2019, though, the Saints were ambushed at home by Minnesota in the first round of the playoffs and lost 26-20.

After the surprising loss, Drew Brees took a month off to reconsider his commitment to making at least one more push to get the Saints back to the Super Bowl.  He signed a two-year deal which insured that he will retire as a New Orleans Saint.

The Saints may actually benefit from all of the non-stop media hype surrounding Tom Brady, Rob Gronkowski, and the Tampa Bay Buccaneers.  While the Bucs should definitely be better than last season’s 7-9 record, the proverbial target will shift away from New Orleans and onto Tom Brady’s quest for redemption in Tampa Bay.

If Brady stayed in New England, the Saints’ continued recent playoff disappointments might have put a bigger focus on New Orleans this year.

Tom Brady and the Tampa Bay Buccaneers will be on television more than ever.  The weekly competition counting the wins for Tom Brady in Tampa Bay vs. his former New England team and coach Bill Belichick will be the national media’s Monday morning headline all season long.

For the New Orleans Saints, Tom Brady’s appearance in Tampa Bay may have done them a big favor.  If the Saints aren’t able to shake-off last year’s disappointing finish and refocus quickly, the other teams in this highly-competitive division will be quite happy to seize the NFC South title away from New Orleans and take their own chances in the NFL post-season.

The NFC South is going to be a war this year, and I can’t wait to watch it!