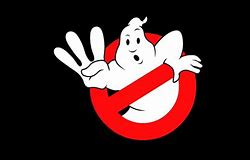 Tuesday, November 12 just marked the most recent peak of a “Full Moon” cycle.

For sports, the latest full moon sports week has seen its share of thrillers and oddities.  LSU’s resounding thumping of perennial thorn Alabama was an eye-opener on Saturday.  The same goes for the Golden Gophers of Minnesota as they surprised previously unbeaten Penn State.

On Sunday, the lowly Atlanta Falcons picked-up their second win of the season by traveling to New Orleans and handing the home town Saints a very embarrassing second loss of the year.  Meanwhile, the supposedly-tanking Miami Dolphins developed amnesia and forgot to “tank” Sunday by winning their second straight game in beating AFC contender Indianapolis Colts on their home turf, too.

Things still feel mighty strange as we progress through this sports week.

Could it be that we may soon start to see a few NFL ghosts appearing again in the weeks ahead?   With Colin Kaepernick, Dez Bryant, and Antonio Brown in the news this week seeking their return to the NFL sidelines soon, this wacky week of football keeps on providing entertainment!

Yep, that’s the one!  The 32-year old former San Francisco 49er QB Kaepernick will be center stage in Atlanta on Saturday as a handful of NFL teams plan to attend his special solo workout.  After leading the Niners to a Super Bowl appearance back in 2013, his quarterbacking performance hit rock bottom the following season while his on-field kneeling performances in a subsequent year kept him on the bench even longer.

The social justice warrior hasn’t been employed by an NFL team for three seasons after the league’s owners joined the fans in their joint failure to appreciate Kap’s desire to keep advancing his personal agenda ahead of the need to improve his passing skills.

With several teams reaching deep into their bench to find a healthy quarterback in the 2019 season, though, Kaepernick’s management team feels like this might be his last and best chance to play NFL football again.

On the other hand, most (if not all) of the above quarterback grouping may be headed to the NFL Hall-of-Fame in Canton in a few short years, too.

There’s no doubt that any NFL team willing to sign Kaepernick is asking for a backlash from their fans (at least until Kap wins a few games for them, that is).  Most owners don’t want to risk a financial backlash from fans in the form of smaller season ticket sales, though.

Then there is the developing story of another NFL ghost who may be returning soon.  We’ll call former Dallas Cowboys wide receiver Dez Bryant, “The Ghost of NFL Receivers’ Past”.

Though the 4-time NFL All Pro Bryant recently just turned 31 years of age, he hasn’t played a down of NFL football for nearly three seasons.

Like Colin Kaepernick, Dez Bryant is pushing hard to attempt another NFL comeback late this year.

Like Kaepernick, Dez Bryant has been a polarizing figure for much of his NFL career.  Blessed with a 6’2” frame and 4.6 sprinter’s speed, Bryant’s off-the-field character concerns (and a 16 score on the Wonderlic test) made him an iffy choice for a team’s first round draft pick.

Bryant was raised by a single, often-absentee mother who spent 18 months in prison for selling cocaine.  He reportedly lived at eight different houses during his high school years in Lufkin, Texas.  Growing up without much adult supervision, Bryant seemed to have trouble grasping basic adult responsibilities while in college at Oklahoma State.

Dallas picked him at #23 in the first round, and Bryant (who wore Cowboys’ legend Michael Irvin’s #88 jersey) surprised many by earning NFL “All-Rookie” team status.

Dez Bryant’s peak success in Dallas came in 2014 as he tallied an incredible 16 touchdowns that season.  However, his production dropped quickly as Bryant dealt with knee and ankle injuries over the next three seasons.  Ultimately, Bryant was cut by the Cowboys after the 2017 season after playing just eight years in Big D.

In November, 2018, the New Orleans Saints gave Dez Bryant a late-season contract to fill a void.  Unfortunately, he tore an Achilles tendon during his second day of practice for the Saints and never made it onto the field last season.

Bryant believes that he is now ready to come back onto the field again in late 2019, and he has stated that the Saints will get the first chance to sign him.

Based on the positive response from Dez Bryant’s Saints teammates in 2018, I like his chances of receiving a late-season opportunity (whether in New Orleans or elsewhere).

Chances of Dez Bryant returning before the end of this season?  Let’s go with 50%.

Our final NFL ghost of 2019 trying to reappear on the field is good ol’ Antonio Brown.

We’ll call him, “The Ghost of NFL Wide Receivers’ Present”.

The 31-year old 7-time NFL All-Pro wide receiver for the Pittsburgh Steelers essentially quit on his team late last season and demanded a trade.  He got what he asked for as A.B. was shipped to the Oakland Raiders to begin the 2019 season.

Well, almost.  Antonio Brown apparently didn’t like the idea of playing in Oakland, and he created a plethora of excuses and developed some odd injuries (including burning the bottoms of his feet during unsupervised cryogenic therapy sessions).

As this season began, Brown was sent (happily for football fans in Oakland) to New England and playing for a team where Brown could win a Super Bowl ring.  After scoring a touchdown in Week #2 against the Miami Dolphins, allegations of sexual and personal misconduct levied against him surfaced.

The Patriots cut Antonio Brown the following week after he allegedly sent intimidating text messages to one of his accusers.  Since then, A.B. and his attorneys have been attempting to resolve any issues and get him re-instated to the NFL.

“I’m just very frustrated right now with the false allegations and slander to my name,” he tweeted. “I love football and I miss it. I just want to play and I’m very emotional about that. I’m determined to make my way back to the NFL ASAP”.

Unlike the quarterback position, there are a large number of NFL-quality wide receivers available for teams to choose from this year without the headaches of a guy who has let down three teams in a row.  I don’t see him playing for anyone (else) in 2019.

Chances of Antonio Brown playing for an NFL team before the end of this season?  Because I have to hedge my bets a little bit, let’s say 1%.

These three NFL ghosts are hovering in the sports headlines again.  Whether they get back onto the NFL sidelines again in 2019, let’s see what happens during the next full moon cycle which occurs during the week of December 11.

On your favorite team.

Who you gonna blame?