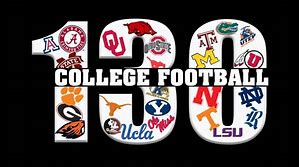 With two more unbeaten teams (Minnesota and Baylor) losing this weekend, there are now just three teams without a loss coming down the home stretch of the college football season.

The SwampSwami College Football Top 25 rankings continue to spotlight the teams with the fewest losses and the most impressive wins in 2019.

No team in this week’s SwampSwami poll has lost more than two games in 2019.

That is one of the reasons why I do not trust the sports media to make the decisions and offer you the opportunity to see how the teams in my survey earn their rankings every week.

The SwampSwami.com College Football Top 25 team rankings are based on:

With just two games (or, for some teams, only one game) remaining for the 2019 college football season, I am publishing my list of the entire 130 FBS large division teams so that you can see how your team’s bowl chances are shaping up.  To cover the increasing number of post-season bowls, it will take six wins for bowl eligibility.

That said, with 37 college bowl games this year (not including the 2-game BCS playoffs), there probably aren’t enough mediocre 6-6 teams to fill all of the bowl slots.  Therefore, some 5-7 teams will likely be selected to complete the field.

There will be 74 teams (plus the four teams selected for the BCS playoffs) for a total of 78 teams entering the post-season of college football.  That is 60% of the 130 FBS schools.

Without further ado, it’s time to reveal the SwampSwami.com College Football Top 25 teams (plus the other 105) for the week ending Saturday, November 16, 2019: