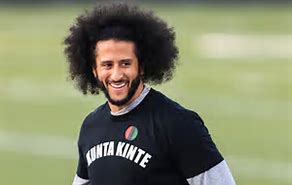 With apologies to the family of Rod Serling of “The Twilight Zone”, imagine if you will…

“You had some success working for your former employer.  Then, your skills eroded and your attitude on the job caused the company to lose money.

You refused to change, so the company eventually let you go.

The company’s losses extended for another year, but, financially, things are on the uptick again.

Three years later, you ask that employer if they would give you another chance to come to work for them again.

The employer gives you a chance to showcase your current skills in a private setting with a group of potential hiring managers from within the company.

You agree to the terms of the meeting, so those managers fly in from all around the country.

Just before the proposed private meeting with these hiring managers, you have your “agent” advise the company and their hiring managers that you prefer to hold your interviews at another location with the media present and a host of invited supporters to cheer you on.

Your former employer says that you never showed-up for your interview.

Despite the awkwardness of the situation, a few of the hiring managers get into a car and go down the road to visit with you anyway.

The hiring managers may or may not have liked what they saw, but the company is livid because you failed to do as you were asked.  Just like before.”

Would you hire this person for your team if he hasn’t shown any contrition and still doesn’t follow instructions?

Not me, and neither would most other employers.

Colin Kaepernick hasn’t changed one bit.  He’s only three years older and, at age 32, still wants to do things his own way in a team sport (football).

The quarterback more known for his on-field kneeling protests (about police brutality of minorities) during the playing of the national anthem said he wants to (wink, wink) try to make a comeback into the NFL.

The league, which suffered a loss of fans and advertising revenue after Kaepernick’s kneeling antics led to an exit of NFL fans from the league’s stadiums and on television, offered an olive branch to the former San Francisco 49ers quarterback last Saturday in Atlanta.

The NFL orchestrated a private workout event for Colin Kaepernick at the Atlanta Falcons facility.  Many teams from around the NFL sent representatives to see if Kaepernick’s passing skills were NFL-level sharp and, perhaps, to get a chance to talk with him to determine if he had become more mature in his attitude, too.

Nope.  That wasn’t good enough for Kaepernick and Company.

The prima-donna quarterback and his agent wanted to have the media present at his workout to bring the show to the masses and to “prove” that the NFL was still trying to suppress his abilities and keep him off any team’s roster.

So, with less than one hour before the schedule workout, Colin Kaepernick and Company moved the event to a local high school (an hour away from the Atlanta Falcons’ facilities).  He never showed up at the initial designated location.

Yep.  He is still quite self-obsessed!

Colin Kaepernick was and still is a free agent football player.  Today, he has the right to contact and work out for any individual NFL team if they are willing to do so.  He can go to the Canadian Football League or even the new XFL if he chooses.  Free agent status means that he is not under contract and is free to find suitable work with any team anywhere.

The NFL did Kaepernick a big service by allowing all interested teams (25 of the 32 NFL franchises reportedly showed up) to come and watch his workout at the Atlanta Falcons facility on Saturday afternoon.  That way, he didn’t have to do the same thing for each individual team.

By pulling the proverbial rug out from under the NFL’s scheduled workout location and going rogue, Colin Kaepernick and Company proved yet again that he is a man more interested in his personal agenda than working within the same system that employs hundreds of his peers.

The NFL released a statement after Kaepernick’s no-show at the Falcons’ facility Saturday. Below is a portion of that statement:

“Twenty-five (25) clubs were present for the workout, and all 32 clubs, their head coaches, general managers, and other personnel executives would have received video footage of the interview and workout, shot by the Atlanta Falcons video crew. It is important to note the following:

The NFL made considerable effort to work cooperatively with Colin’s representatives. We invited his agent to suggest questions for the interview. Yesterday, when Colin’s representatives said he wanted to bring his own receivers to the workout, we agreed to the request. In addition, Coach Hue Jackson discussed with Colin’s agent what drills would be run at the workout so that Colin would know what would be expected of him.

» Last night, when Nike, with Colin’s approval, requested to shoot an ad featuring Colin and mentioning all the NFL teams present at the workout, we agreed to the request.

» We agreed to have Colin’s representatives on the field while the workout was being conducted and to allow them to see how it was being recorded. We did so even though we have been clear from the beginning that this is private workout. As is typical with NFL Combines, one video crew was prepared to shoot and distribute video of the interview and workout. We confirmed with Colin’s representatives that they would receive both the video that would be sent to all 32 clubs as well as the raw footage from the entire event, which is unprecedented.

The location Colin selected is more than an hour away from Flowery Branch.

Colin’s decision has no effect on his status in the League. He remains an unrestricted free agent eligible to sign with any club.”

I’d like to add a few personal thoughts to the NFL’s statement.

At this point, the 32-year old Colin Kaepernick should forget playing any organized team sports and take-up an individual sport instead.  By pulling another self-centered stunt on Saturday, he has proven that he really hasn’t changed one bit.  If given another chance by another NFL, CFL, or XFL team, he is also likely to become a toxic cancer to that team as well.