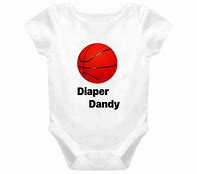 The NCAA basketball’s Final Four is now set for this Saturday in San Antonio.  The upstart Ramblers of Loyola-Chicago will square off with the Big 10’s Michigan Wolverines while #1 seeds Kansas and Villanova will play the nightcap.  These teams earned their way to the big stage, and it should be a magnificent day of college hoops in the Alamo City.

It is also notable who will not be in the final weekend of this year’s March Madness.  No Kentucky.  No Duke.  Two of the nation’s foremost college basketball programs will again be sitting out the dance this year.

Based on the hype surrounding those two teams and their recent one-on-one battles for the most prized high school recruits, you would think those two schools would be winning the tournament more often.

The answer, of course, is that Kentucky and Duke have become the nation’s foremost “one and done” schools for many young players whose sole intent is to meet the NBA’s minimum eligibility requirements after one year at school.

In 2018, Kentucky’s starting five consisted of all freshmen, while Duke started four freshmen and a lone senior, Grayson Allen.  Nine freshmen out of ten starters!  Sadly, most of these nine young players have convinced themselves that they are now ready to play in the NBA.

A few may make it, but most won’t.

Imagine, for a moment, just how good a Kentucky or Duke team just might be if many of these players would stay in school and play for two or three seasons?

Meanwhile, the four teams playing in this weekend’s games will start a total of two (count ’em) freshmen while juniors and seniors dominate the starting fives.  The twenty starting players will be focused on the ultimate team goal – winning a national championship.

Kentucky, Duke and a few other universities have opted to invest in recruiting the highly-hyped “one and done” high school basketball stars to, in part, avoid having so-called rebuilding years following the loss of key upperclassmen.  All the while, both these schools and their younger players wink while knowing they are mutually using each other for their own financial gain.

It is time for the NCAA and the NBA to end this charade by permitting high school players to go directly into the professional ranks (including the development leagues).  Alternatively, for those players who elect to sign an athletic scholarship to play college ball, those student-athletes should be required to make a minimum three-year commitment to the program and, hopefully, take advantage of the educational opportunities.

This weekend’s Final Four “older kids” have worked hard to accomplish a singular goal of winning a national championship.  It will be a treat to watch them give it their all.

Meanwhile, the Diaper Dandy kiddie programs have returned home and are all tucked-in taking their pre-NBA draft naps.

I am having too much fun again this year without them.