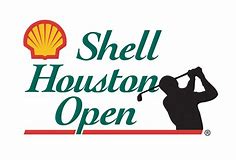 Thursday will begin the first round of what may be the final four rounds of men’s professional golf in Houston, Texas after a 72-year run in Space City.  If you want to see Phil Mickelson, Jordan Spieth, and Rickie Fowler playing in the PGA tour event in Houston, you better hustle out to this year’s 2018 Houston Open.  Some are even saying that there might not be a PGA stop in H-town beginning next season.

For the past 24 years, Shell Oil Company has sponsored Houston’s PGA tournament under the banner of the Shell Houston Open (SHO).

However, 2017’s event marked the final year of Shell’s corporate generosity.  Over the years, the Shell Houston Open has raised millions of dollars for Houston area charities while giving players a final opportunity for a Masters’ tune-up in the week preceding golf’s first major event.

Though your intrepid writer has yet to uncover an official reason why Shell dropped their sponsorship, it is quite possible that several years of relatively low oil prices and lagging corporate profits made it hard for the company to justify the hefty annual financial commitment required to sponsor the tournament.

One source indicated that a primary corporate sponsor will be required to commit spending a minimum of $5 million annually to have their name attached to a PGA tour event.  Despite SwampSwami’s personal attendance at several SHO events and faithful purchases of Shell gasoline over the years, it is probably difficult for the corporate marketing gurus at Shell to confirm that gasoline and other brand names have continued to receive a noticeable increase in sales, market share and corporate goodwill resulting from the company’s steep annual financial outlays with Houston’s PGA golf stop.

Unfortunately for the city of Houston and its golf fans, another corporate sponsor has yet to emerge in the ensuing year to pick up the tab for this event.  In addition to last summer’s massive floods from Hurricane Harvey, the past twelve months have remained tough for Houston’s energy business as oil, natural gas, and corporate stock prices kept slip-sliding away.

Timing is everything.  Even in the nation’s fourth largest city, the PGA and the executives running the Houston Open have been unable to land another title sponsor willing to sign a multi-year contract to sponsor the golf tournament..

The word is already circulating that the PGA is already looking to move the Valero San Antonio Open into Houston’s slot in the golf line-up beginning next season.  Ouch.  It’s bad enough that the Alamo City’s NBA Spurs have bested the Rockets in the basketball playoffs several times over the past 20 years, now Houston’s I-10 rival may be taking the city’s coveted pre-Masters spot on the PGA tour beginning in 2019.

Personally, I have to believe there is more to this story than what little we have heard and read on the surface (politics, anyone?).

For the PGA tour, though, the loss of Houston’s major corporate sponsor and, ultimately, a signature annual golf event in a major metropolitan area should be seen as an extremely loud wake-up call for the sport.

Professional golf needs to make a number changes (fewer tournaments, lower purses, and how about a shot clock to speed-up the game?) ASAP, or Houston won’t be the last PGA stop saying “B-bye” to the tour soon.