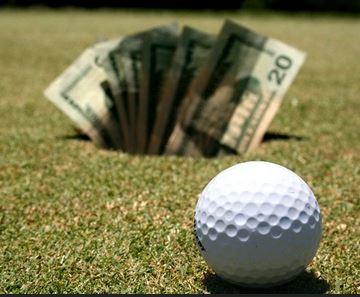 As compared to labor disputes involving most other professional sports businesses, professional golf has been a relative oasis of calm and peace for decades.

The PGA Tour has been steady as a rock in featuring many of the most talented professional golfers in the world every season without any significant controversy.  Beginning with the Arnold Palmer era, to Jack Nicklaus, Lee Trevino, Tom Watson, and, more recently, Phil Mickelson and Tiger Woods, the PGA Tour has satisfied golf fans and provided significantly increased payouts to the professional golfers since the late 1960’s.

It was not easy to make enough money to be a full-time touring professional prior to the 1960’s.

The touring professional golfers of that era were once part of a larger group called the PGA of America.   The easiest way to distinguish these two entities is that the majority of the 29,000 PGA of America members work at private country clubs and public golf facilities around the country.  The golfers we see on television nearly every weekend are part of a separate group now known as the PGA Tour.

Let’s review the history of professional golf in America.

Founded in 1916, the PGA of America now employs thousands of men and women in a variety of roles associated with the game of golf.  There are 18 universities in the United States which offer the PGA’s Golf Management program to standardize and develop the skills necessary to operate golf courses and help teach the game to the general public. 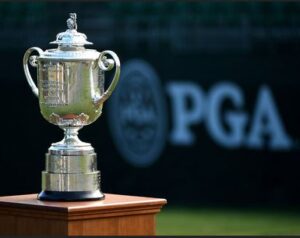 Near the end of the PGA of America’s first year of operation back in October, 1916, the first PGA Championship golf tournament was held for the group’s teaching professionals.  This tournament featured prize money of $2,580 and a very large trophy – both provided by a New York City golf retailer named Rodman Wannamaker.   Mr. Wannamaker’s name still adorns the trophy over a century later.

How about that for a great advertising gimmick?

For the next forty years into the 1950’s, the prize money being offered at most local golf tournaments was simply not high enough to entice the majority of club professional golfers to abandon their day jobs and travel at their own expense to the next tournament stop.   Unless independently wealthy, the majority of professional golfers frequently travelled together in the same car and shared expenses in order to make ends meet. 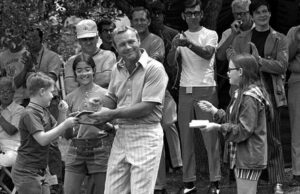 Coming onto the professional golf scene after a successful college career at Wake Forest, the Pennsylvania native passed up a career selling paint for his father-in-law to take his chances at becoming a touring professional golf in the late 1950’s.  Back then, most pro golfers had trouble breaking even on the fledgling golf tour.  A top ten finish was needed nearly every week just to break even due to the relatively small prize money being offered.

Once the black and white television cameras discovered a handsome young “go-for-broke” golfer named Arnold Palmer, professional golf finally took off.  Tournament purses started to rise quickly as television viewers became more interested in the game.  As Arnold Palmer racked up the wins from the late 1950’s and through the 1960’s, Jack Nicklaus showed up to crash Arnie’s Army of fans and provide some competition.  The likeable Gary Player’s golf talent and gritty style of play earned him a spot in the evolving “Big Three” of golf during the 1960’s. 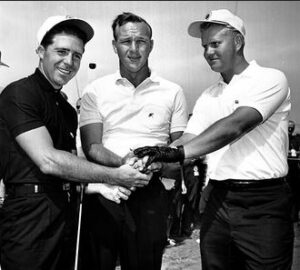 This popular golfing trio cashed-in on their popularity with a unique made-for-television golf program.  The weekly “Big Three Golf” program along with Shell’s Wonderful World of Golf exhibitions attracted millions of television viewers.  Around this same time, Arnold Palmer, Jack Nicklaus, and Gary Player realized that the long-time organizational structure of the PGA of America was unable to accommodate the growing needs of its touring professional golfers.

For perspective of how times have changed, it had taken Arnold Palmer more than 11 years on tour and 48 professional victories (of his 62 wins during his career) to surpass $1 million in earnings in 1967.  By contrast, last week’s US Open winner Matthew Fitzpatrick earned more than $3 million for winning just one tournament!

By late 1968, the PGA of America and its group of touring golf professionals finally came to an agreement.  A new “PGA Tournament Players Division” was formed for the touring professional golfers.  By 1975, the name was changed to the “PGA Tour”.

The PGA Tour developed a number of additional golf tournaments, handled corporate sponsorships, and negotiated television deals to cover the costs of operations.  Today’s PGA Tour (which played 46 weekends this past year) also owns the rights to the biennial President’s Cup.  However, the PGA Tour does not own or control decisions related to the four major championships (The Masters, PGA Championship, US Open, and The British Open).

The original organization called the PGA of America still exists for the local club professionals and retains control of the annual PGA Championship event.  The original golf group also owns half of the value of the biennial Ryder Cup competition.  The money generated by those two events helps assist the 29,000 local golf professionals and golf courses of the PGA of America to grow the game of golf.

Speaking of money, the PGA Tour (also at the behest of Jack Nicklaus and Arnold Palmer) eventually started funding a dandy retirement system for the touring professional golfers beginning in 1983.

The PGA Tour’s deferred money system is based on the number of “cuts” (top half of the field after the first two rounds) which a professional golfer makes during each golf year.  This deferred money (estimated to be about $4,000 per made cut in recent years) is placed into a special investment account for each golfer.  The player will accumulate interest on this investment account and may begin to collect money from it by age 50 (unless the player is still active playing on either the PGA Tour or the PGA Champions (Senior) Tour.  By age 60, all players are able to withdraw up to the current federal legal limit (currently estimated to be about $210,000 per year).

According to one report, the PGA golfer becomes 50% vested in this special “cuts made” retirement account once he has made 75 cuts during his career and becomes 100% vested in the account after making 150 career cuts.  In a specific year, the golfer’s doubles the amount of deferred “cut money” if he makes 15 or more cuts that season.

A 2019 report indicated that over 500 PGA golfers had already accumulated a minimum of $500,000 in their deferred “made cuts” retirement account.  Within that group, 345 PGA players had balances in excess of $1 million available for their retirement years.  This funding is separate from any money earned by playing in golf tournaments or paid by corporate sponsors.

Beginning in 2007, a second deferred income retirement stream was added for the PGA players.

With the inception of the season-long FedEx Cup point system, this additional player deferred bonus program added a new layer of retirement income for golfers.  The player’s portion of the year-end FedEx bonus money can be accessed as early as age 45 if the player has not participated in 15 or more PGA events during the previous year.

The PGA Tour prides itself on paying for performance.  If a PGA Tour player doesn’t make the cut during any tournament week, the player heads home without any money earned from the tournament itself and no bonus money put into their deferred retirement plans.  Pay for play, indeed!

In case you might be wondering, the women’s golf tour (LPGA) also has a deferred retirement fund for its membership. 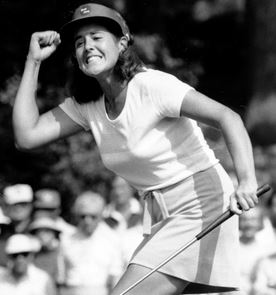 The LPGA Tour has struggled for years to build fan support and secure any type of network television deal – especially during the height of the Tiger Woods era.  The women’s tour has become more popular in recent years, so perhaps the league’s retirement funding issues will improve for the current crop of golfers by the time they reach retirement.

Back to men’s golf, the PGA Tour now features an average of $7 million in weekly prize money at each tournament.  The FedEx Cup point system has added more cash to the top 125 players’ retirement accounts.  The players continue to earn retirement money for the number of made cuts per season, too.

The earnings from winning on the PGA Tour, the improving retirement funding, and lucrative commercial sponsorship opportunities for top tier men’s professional golfers has never been better than it is today. 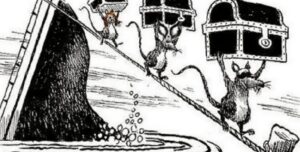 So why would a new Saudi-backed golf group (LIV Tour) be able to lure a growing number of the PGA Tour’s biggest names?

Some believe that it has to do with playing in fewer tournaments which pay significantly more money with a minimum payday guaranteed for each player regardless of how he finishes.

According to Phil Mickelson, this also may have something to do with the PGA Tour being a long-time virtual monopoly.  Phil believes that the PGA Tour has been quietly sitting on a very large pile of cash which should have been paid-out to the tour’s most popular golfers (including Phil, of course!). 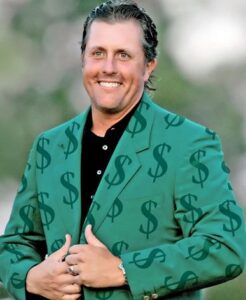 What in the name of Arnie’s Army is happening to professional golf right now?

Now that we have examined the evolution of pay for professional golfers over the past 60 years, let’s take a closer look at the lure and future impact of this new upstart LIV Tour and recent countermeasures from the PGA Tour in my next post.