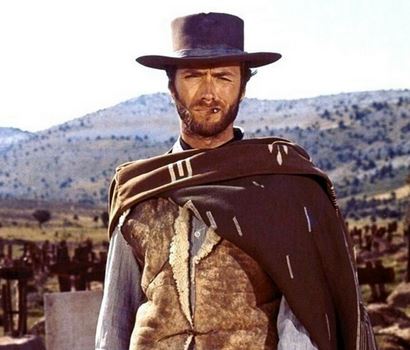 I waited a couple of days after the Dallas Cowboys devastating loss to the San Francisco 49ers on Sunday afternoon to write this story.  Sometimes, it is best to let the emotions clear.  There’s no doubt this loss will sting for a long time for Cowboys fans.

As someone who grew-up in northwest Louisiana, we were shown the Dallas Cowboys games on television exclusively until the New Orleans Saints started play in 1967.   By this time, the Dallas Cowboys had improved enough to be a top contender to the Green Bay Packers so the locals were definitely more “pro” Cowboys and not necessarily “anti” the fledgling New Orleans Saints.

Not me.  From the first game played at Tulane Stadium, I’ve firmly been a “WhoDat?” New Orleans Saints fan and loudly grumbled when the local television station frequently opted to televise a Dallas Cowboys game instead of the New Orleans Saints when the two teams were playing football at the same starting time.

In that 1967 initial season which saw the start-up Saints go just 3-11, the Dallas Cowboys saddled-up and rode north to Green Bay to play in one of the greatest championship games in professional football history. 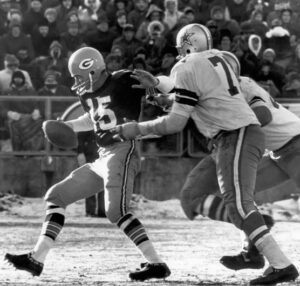 The 1967 “Ice Bowl” game was a rematch of the 1966 championship game between Dallas and Green Bay played in the Dallas Cotton Bowl the year before.  Green Bay won that game (34-27) and advanced to play in (and win) the first-ever Super Bowl game against the American Football League champion Kansas City Chiefs.

Revenge was definitely in the minds of the Dallas Cowboys and their faithful fans.

The 1967 NFL championship game rematch was played on the frozen tundra of Green Bay’s Lambeau Field.  With an actual temperature of -10 degrees and a wind chill in the -30’s, the game was a test of wills and survival for the teams, officials, and 50,000 frozen fans in attendance.  Packers Hall-of-Fame quarterback Bart Starr found his way into the end zone with 13 seconds (and no timeouts) left in the game on a 1-yard quarterback sneak.  The play gave the Packers a 21-17 win over the Cowboys and a return trip to the second Super Bowl game (also won by Green Bay).

Millions of Dallas Cowboys fans across America were stunned.   I know that many of my elementary school friends were crying outside on the playground during recess about the Cowboys loss the next day.  It hurt them so badly.

As for me, I still remember that game for its frigid cold weather and a gutsy call by Green Bay to try a quarterback sneak play on an icy field with no timeouts left in the game.

Hmm – Quarterbacks with no timeouts and just seconds to go…Where have I heard that one recently?

Since appearing in that 1995 Super Bowl game, it had been 26 years since the Dallas Cowboys have been back to the season-ending game.

Just like in 1967, this Monday found Dallas Cowboys fans (young and old) across the land crying about how their favorite team found yet another way to lose in the playoffs.

Sunday afternoon, the 12-5 Dallas Cowboys hosted the 10-7 San Francisco 49ers in the Wildcard round of the NFL playoffs.   Dallas was considered a 3 ½ point home favorite against a San Francisco team which had to win its last game of the regular season against the NFC West champion Los Angeles Rams just to reach the post-season.

The 49ers jumped on Dallas early and easily led 16-7 at halftime.   Mixing a tough running game and short passes from error-prone quarterback Jimmy Garoppolo, the score could have been more lopsided at the half.  The 49er defense was shredding the formerly formidable Dallas Cowboys’ offensive line.  They were frequently in the face of Dallas quarterback “Sack” Prescott on Sunday.  He was pinned five times on the day.

Midway through the third quarter, San Francisco added another touchdown to make the score 23-7.  This game was being played in Texas and nearly 100,000 screaming Dallas Cowboys fans were not going to allow their beloved team with the Blue Star on their helmet to wave the white flag at this point. 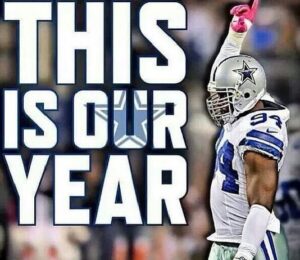 Dallas would finally find their footing the decisive fourth quarter.  After a drive stalled, the Cowboys kicked a 51-yard field goal to narrow the margin to 23-10.  Two more touchdowns,  and this game was theirs!  The elated big crowd roared its approval.

Next, the 49ers quarterback Jimmy Garoppolo did his “Jimmy Turnover” imitation once again as he wildly overthrew a wide receiver and the ball was intercepted by Dallas.  Just five plays later, Dallas punched it in for a touchdown to make the score 23-17 with eight minutes to go in this game.  A thunderous approval once again rocked Jerry World as Dallas was within six points of advancing to Round 2 of the NFL Playoffs.

From this point, it became a comedy of errors as San Francisco would control the ball but punt.  Dallas failed to convert on a fourth down play and handed it back to the 49ers with under two minutes left.  After what looked to be an apparent game-clinching first down by San Francisco, the officials reviewed the play and ruled the runner short by about the width of a human hair.  The 49ers punted the ball into the Dallas end zone and left the Cowboys just 32 seconds on the clock with no time outs remaining.

The home crowd and millions of Cowboys faithful watching at home prayed for a miracle to rescue their favorite football team.  Buy some stock in carpeting companies this week as there are countless living room rugs across America which need replacing.  Fans of both football teams were frantically pacing back and forth during Sunday’s decisive final quarter.

Cowboys quarterback Dak “$40 million per year” Prescott coolly connected on short passes to wide receivers who quickly scampered out of bounds to protect the clock.  Dallas quickly found itself on the San Francisco 40 yard line with just 14 seconds to go.

I figured Dallas would try a couple of “Hail Mary” throws to the end zone and hope for either a touchdown catch or a pass interference penalty.

Instead, Prescott ran a quarterback draw right up the middle of the field for about 15 yards to the San Francisco 25 yard line.  The final 14 seconds of game time ticked down as the Dallas wide receivers and linemen scurried to the line of scrimmage in order to get set for one final play. 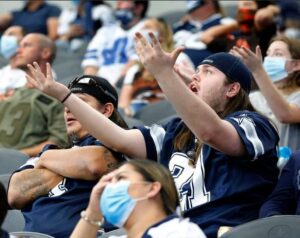 Though Dallas Cowboys players, coaches, and fans howled in disapproval that the NFL official in charge of spotting the football may have cost the team less than one second, the game would end before Dallas could run a final play.  There would be no miracle ending for Dallas fans, but San Francisco supporters let out a huge exhale!  The final score was San Francisco 23, Dallas 17.

Objective observers will say that the game’s final play was the fault of the Dallas coaching staff and/or quarterback Dak Prescott for running with the football too far downfield with just 14 seconds remaining.  He never looked as if he was trying to run toward the sidelines, either.

Let’s pretend that the officials admitted they erred and awarded Dallas with another play.  There was still no guarantee that the Cowboys would have scored a touchdown and won the game.

I can hear Dallas fans saying, “Give us that one play, and let’s find out!”  Touche!

The Dallas Cowboys play in the worst division in the NFL.  The NFC East features the woeful New York Giants (4-13), Washington Football Team (7-10), and Philadelphia Eagles (who, at 9-8, edged New Orleans for the final playoff spot…and lost badly to Tampa Bay on Sunday).  Dallas went 6-0 against their weak NFC East competition en route to a 12-5 regular season record.

With the loss on Sunday, that means that Dallas went 6-6 against all other teams from outside of their own division.

Yes, Dallas improved from 6-10 to 12-5 this season.  Much of the credit goes to an improving Dallas defense which was immeasurably better than the 2020 team.  Meanwhile, the Dallas offense logged a lot of points (especially against their NFC East foes) in finishing #1 in the NFC in 2021.

However, the Dallas Cowboys also led the entire NFL in penalties in 2021 – both at home and on the road.  This indicates a lack of team discipline.  That issue falls on both the players and coaching staff.

In summary, this year’s Dallas Cowboys were just not as good as their record would indicate.

Yes, some Cowboys wins this season were good.

Some of their losses were bad.