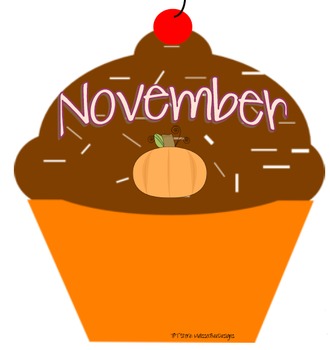 With just two games left in the regular season for college football teams, you would think that most teams would be finishing the season with a few of their biggest games of the year rather than feasting on cupcakes on Saturdays during November.

For the Big Ten Conference, November represents the time when we finally get to see Ohio State, Michigan, Michigan State, and the other contenders duke it out for a spot in the College Football Playoffs next month.

In the Big 12 Conference, 10-1 Oklahoma went down last week at Baylor and now faces a wild three-team slugfest with rival Oklahoma State with Baylor nipping on their heels heading toward the conference championship.

Out west, the Pac 12’s 9-1 Oregon Ducks visit closest rival Utah this weekend with a chance to solidify a spot in the College Football Playoffs.

Meanwhile, the rough and tumble Southeastern Conference will showcase six of the league’s  fourteen teams this Saturday in what might be better described as the “SEC November Cupcake and Bake Sale”.

Home team fans of Georgia, Kentucky, Texas A&M, Mississippi State, Tennessee, and LSU will witness Saturday games against teams whose primarily mission will be to play a competitive football game, collect a large paycheck, and quietly leave town hoping that their team’s players are not injured during the contest.

LSU concludes Cupcake Saturday with an 8PM contest on ESPN2 versus UL-Monroe (4-6).

This is not a knock on the six teams hitting the road on Saturday.  Nobody knows whether or not one or more of these teams might spring an upset this week, too.

The Florida Gators certainly learned a hard lesson last weekend after FBS member Samford (Birmingham, Alabama) came to Gainesville and scored a record 42 points in the first half despite losing the game 70-52.

It’s safe to say that last week’s game at Florida will serve as a wake-up call for all of the host teams in this week’s slate of SEC cupcake games.

Each of the visiting college football teams has an athletics department which benefits greatly from the extra revenue of these road games to help keep their programs afloat.  In most cases, these teams will receive somewhere in the ballpark of $1 million for their trouble Saturday.

The players on these teams also get a chance to play a football game against a “big name” football opponent in a larger football stadium and crowd which is much larger than they will draw at home.  Once the games end, they will head back home with the largest paycheck of the season for their trouble.

I think we should award a special “What were you thinking?” commendation to New Mexico State.  The Aggies scheduled back-to-back road games versus SEC powers Alabama last week (a 59-3 loss) and Kentucky on Saturday.  New Mexico State is now considered an independent and had to go on the road for seven of their twelve games on the road in 2021.  That’s really rough on their players.

Georgia’s overpowering defense has spearheaded a record season in which the Bulldogs clinched their SEC divisional title earlier than any team since Auburn (2004) and Alabama (1993).   The biggest interest in Georgia games this year has been to see if any opponent will finally score twenty points in a game against them (we’re still waiting!).

The 10-0 Georgia Bulldogs have blasted their SEC East rivals and will now rounds out the regular season with (yawn) a couple of non-conference games.   The Dogs played two non-conference games at the start of this season (Clemson and UAB), played eight consecutive SEC opponents, and will finish this year’s slate of games with FCS opponent Charleston Southern and long-time rival Georgia Tech of the ACC.

Though 7-3 Arkansas will visit 9-1 Alabama in the CBS Saturday afternoon feature television game, most of the remaining SEC football games this weekend are not very attractive for television and fans.

Why does the SEC allow their football teams to schedule such easy games coming down the home stretch of the football season?

In the past, most non-conference football games were played early in September with, perhaps, one or two games mixed in during October to provide for homecoming festivities.  Once the regular season began to stretch from ten to twelve regular season games, the extra games created more chances for smaller teams to come into a big arena and attempt to slay the home team giants.

I find it a bit puzzling why a powerful football conference like the Southeastern Conference is willing to allow the other major conferences to dominate the network television landscape during most of the month of November.

Perhaps the answer coming from the league’s office in Birmingham should be, “Because we dominate the network television landscape at the close of the season every January!”

Based on results, the SEC has certainly figured out the magic formula for success.

Beginning in 2006, the SEC has won the national championship in college football eleven times in the past 15 years.   That’s a 73% winning percentage and confirms that they must know a lot more about this than I do!

While the Big Ten still schedules most of their toughest conference games during the final weeks of the regular season, the SEC’s top teams are still mixing-in games against non-conference foes down the stretch run.  Perhaps the SEC has realized that their players are getting worn down during this long 12-game regular season schedule which currently features eight conference games.

As usual, we can point the finger at television money as being the biggest reason why college football expanded to playing a twelve game regular season schedule.  And, of course, we would be correct!

SEC football teams and their loyal fans having their teams play a November Cupcake Saturday game is the formula to cook-up yet another national champion once this football season ends in early January.

With Georgia currently sporting a perfect 10-0 record and ranked #1, those red and black cupcakes are on their way to becoming this season’s biggest seller!