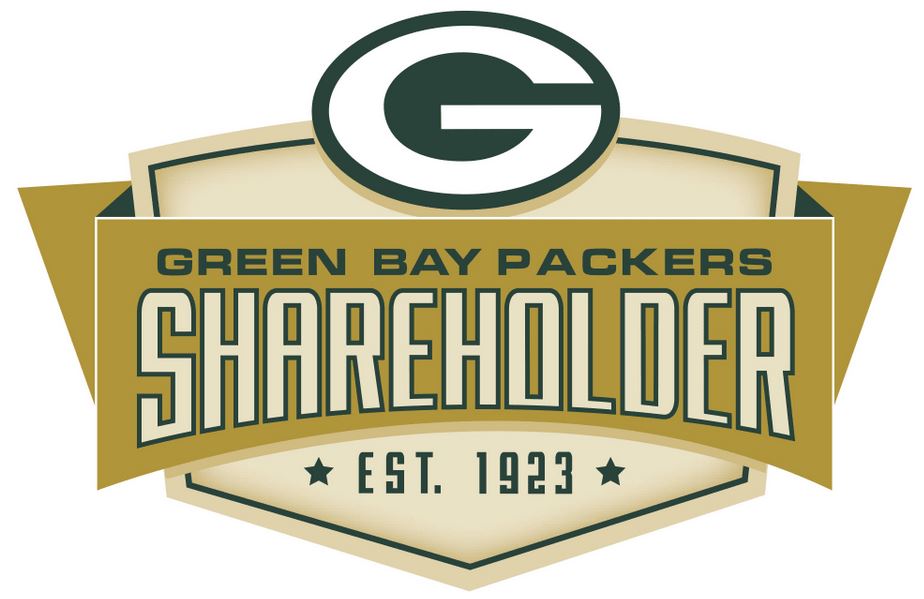 Hidden away with the other sports headlines of the day, I ran across a story which indicated that the NFL’s Green Bay Packers were offering 300,000 shares of stock to the public at a price of $300 per share.  That’s a cool $90 million that the Packers are going to raise from fans worldwide.

According to the Green Bay Packers’ website, the team will utilize the $90 million for continued improvements to their beloved home football stadium, Lambeau Field.  Things such as new video boards, concourse-level improvements, and other modern features will help keep this iconic football stadium fresh for years to come.

Don’t you think dear ol’ Dad might like a $300 share of Green Bay Packer stock for the holidays?  Here is the link on how to do just that!

Unfortunately for the legions of Packer fans who might buy one or two hundred shares (that’s the limit) of this limited amount of green and gold stock, you won’t really be able to do much with it except put the stock certificate inside of a frame and keep it on your wall at home or at the office.

Since 1923, the Green Bay Packers have been a publicly-owned non-profit corporation.  With just over 5 million shares owned by 361,000 people, they are the only major professional sports franchise in the United States which is owned by the team’s fans.  Despite Green Bay being the smallest market franchise (by far) in professional sports, Wisconsin fans have flocked to Green Bay to watch professional football games since the beginning of the National Football League.

In 1919, Indian Packing of Green Bay, Wisconsin sponsored this fledgling professional football franchise.  In 1922, the club’s debts had begun to pile up, so a local attorney spearheaded a group intent on selling the shares of stock in the Green Bay Football Corporation to the general public.

During the early 1930’s, the bleachers at City Stadium collapsed and a lawsuit put the Green Bay Football Corporation into receivership to protect the team from going under.

In 1935, the corporation was reorganized into the Green Bay Packers, Inc. (the team’s current ownership).  By 1949, though, the team was struggling financially once again and staged a local intrasquad game to raise $50,000 in cash to stay afloat.   The following year (1950), the Packers staged another stock sale to raise an additional $100,000 and keep the team “in the green”.

Since that time, the Green Bay Packers’ financial woes have (for the most part) been put into the rear view mirror.  Once television arrived to give the NFL a huge financial boost over the ensuing decades, the Packers’ popularity with fans soared nationwide as did the team’s ability to raise additional funds with future stock sales.

The NFL would later require that each franchise must have at least one principal team owner in control 30% or more of the franchise.   Fortunately for Green Bay, the league grandfathered the team’s unique community ownership model but prohibited any future franchises from doing the same thing.

For fans of the Green Bay Packers, their broad-based public stock ownership virtually assures that their beloved team will never move away from the frozen tundra of northeastern Wisconsin for as long as the NFL exists.

In researching this story, I learned that three Canadian Football League franchises (Edmonton, Saskatchewan, and Winnipeg) are considered to be publicly-owned.  However, only the Roughriders of Saskatchewan currently function like Green Bay’s ownership as the CFL team has over 11,000 individual stockholders.

Back in the 1970’s, the World Football League (WFL) brought its struggling Houston Texans (some things never change!) to Shreveport, Louisiana to finish the 1974 football season.  After changing the team’s name to the Shreveport Steamer, this city of 200,000 people was able to put more than more than 21,000 fans into the home field stands during the season.

Learning from the Green Bay model, the Steamer planned to sell stock to the public at $100 per share to keep their football team (pardon the pun) afloat during its two year stay in the poorly financed World Football League.  Unfortunately, Shreveport Steamer stock is now worth as much as the paper it was printed on, but area football fans had a blast while it lasted.

Though many of us wonder why more professional sports franchises are not owned by fans in their local communities, it can create a big mess should local support sour or if, like in Green Bay, the facilities of the home team need money for sprucing-up to keep the fans coming back.

In large and small markets around the country, owners of professional sports teams seem to have their hands out demanding a larger or more modern stadium in return for the promise not to move the local sports team to another market.

Ask the fans of the Oakland area about the Raiders.  An original American Football League franchise which began in 1960, the franchise owner (Al Davis) eventually took his football team away from Oakland in 1981 and moved them to Los Angeles in hopes of making more money.  After years of mediocrity and lack of fan support in Los Angeles, Al Davis brought the team back to Oakland in 1995.

The Oakland Coliseum, built in 1966, was nearly thirty years old when the team returned.  The stadium was in need of a lot of updating as it played host to both the Oakland A’s baseball team and the Raiders football team.  After two decades of “Fighting with City Hall”, the Oakland Raiders were unable to secure public funding for a more modern stadium.

In 2017, the NFL approved a request of the Raiders to relocate to a new stadium which would be constructed for the team…in Las Vegas.  For two more years, the Raiders would play their home games in Oakland and in front of loyal fans that had supported them through thick and thin.

Several professional basketball and baseball teams probably have the movers on speed dial today as greedy owners in search of nicer facilities (paid for by the local governments) threaten to move to another city.

Meanwhile, in Green Bay, the NFL’s Packers have developed such a positive rapport with fans that they are issuing $90 million of stock which is expected to be gobbled up in a matter of weeks.  According to one source, the Packers are now valued at over $3 Billion as of 2020.  With over 5 million shares of Green Bay Packer stock owned by the 361,000 stockholders, each share of Green Bay stock is (theoretically) worth about $600 each.

Perhaps the professional sports leagues might be wise to allow fans of long-time sports teams a first opportunity to “Green Bay” their franchise instead of selling and/or moving the local team.  Give the local community a few months to hold a stock sale to determine the level of interest which exists in the current market.

If there isn’t enough local fan loyalty to round up the capital to buy their professional sports team, then no one should be upset when the moving vans show up, either.