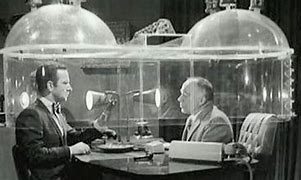 How hard should it be to determine how many major college football teams should be involved in the annual College Football Playoffs?

Right now, there are four teams selected to play for the college football championship trophy.  Bowing to additional media and fan pressures, there has been a (gasp!) committee tasked with studying this important (to the sports media) issue.

Over my lifetime, I’m at a loss to think of too many successful or timely decisions which have come directly from a committee.  What about you?  Committees seem filled with good intent, but, then again, so is Congress before they are sworn into office every two years.

How are successful are committee results?  Congress recently had a 15% approval rating, and that might be higher approval number than college football fans would assign to today’s College Football Playoffs committee which is tasked with determining a better method (if possible) than the current four-team playoff formula.

Who needs a committee to do this?  I could select a group of college football fans, put us in a room, have a robust debate about an hour,  and emerge with a consensus plan which would be agreeable to the majority of football fans.

So, why is this process taking longer than it felt like for Christmas to arrive when I was six years old?

If the people in charge of a college football playoff system (whoever these individuals are) want to determine a singular champion every year, we now have nearly 30 years of history to draw upon.

Prior to 1998, there was no playoff system.   The Associated Press voters (whoever they are) and the Coaches’ Poll (formerly UPI) made their selections after all of the big New Year’s Day bowl games were completed (back when we had fewer bowl games which were actually meaningful).

After a few of legendary Coach Joe Paterno’s Penn State teams of the 1960’s and 1970’s were slighted more than a few times after going unbeaten, there was a push to institute some sort of major college football playoff.

It wasn’t until 1998 that the Bowl Championship Series (BCS) was finally put in place to decide a champion from the six largest football conferences (SEC, ACC, Big Ten, Big 12, Pac-12, and the now defunct football group called the Big East).  If your team wasn’t part of those conferences, you were simply out of luck.  The top two teams (as determined by a weird assortment of polls, computers, warlocks, and wizards) played one final game for the national championship after the New Year’s Day bowl games.

Beginning in 2014, today’s current College Football Playoffs system was put into place giving the top four teams a chance to play for the national championship.  Featuring two national semifinal games (played as traditional bowl games), the two winners square-off in their own Monday night spotlight for the national championship.  A 13-person panel (totally unbiased, of course) determines those top four teams and ranks them #1 through #4.  The top vote-getter plays against #4 in one semifinal and #2 goes up against #3 in the other game.

That’s where we are today.  Honestly, I cannot remember a single team which has been left out of the current four team system which can prove their beef.  Yet the “We want more playoff teams!” chants continue to grow.

Let’s take a look at how the smaller colleges (called the FCS) handle their playoffs.  Though most sports fans have heard about North Dakota State (winners of eight of the past ten years), the FCS Playoffs are now a 24-team affair.

According to the NCAA website, the winners of twelve participating conferences are automatically selected plus a dozen of the highest ranked remaining teams are invited to play this tournament.   Games begin right after Thanksgiving with the top eight teams receiving a first round bye.  In the first three weeks of December, the rounds of sixteen, eight, and four are played to determine the two finalists.

How are the affected students’ final exams handled?  I suspect that each member institution gives a little latitude to this relatively small part of the student population.

The two finalists receive a two week break for Christmas and New Year’s Day.  The FCS national championship game is played in early January in the Dallas suburb of Frisco, Texas.

As for the 130-team large school BCS group, we are now in the stage where the previously-mentioned BCS committee will study this issue until the later of (a) Punxatawny Phil poking his head out on Groundhog’s Day or (b) the money is deemed just right.

In fact, this committee is so busy studying the issue that they agreed last week to postpone the next meeting until early December.  The longer this process takes, the longer the networks have to issue new stock or bonds or refinance their organization in order to up the ante and become the lucky winner to televise these events.  The more playoff games there are, the more television revenue to be grabbed by everyone except the athletes performing on the field.

This current playoff system is (theoretically) locked-in for ten years until 2025.  ESPN reportedly paid $600 million per year for the rights to televise the national semifinals and national championship games.  That works out to an incredible $200 million per game each year.

For an eight team system, there would be four quarterfinal games (week 1), two semifinal games (week 2), and a national championship game as the season finale.  That makes seven “sellable” television events.  Can’t you picture the college administrators salivating at the chance to at least double the current television playoff revenue?

In a twelve team playoff format, the top four teams would be given a “bye” while the eight higher seeded teams (ranked #5 through 12) would have a “play-in” game (week 1) for the right to face the four top seeded teams in a quarterfinal match-up in week 2.  Then, a semifinal Week 3 is needed plus a championship finale still remains.  The twelve team format would yield four televised play-in games, four quarterfinal matchups, two semifinal games, and a championship finale.  Yes, twelve teams provide a total of eleven sellable television event games!

For the 16-team format, each participant would play in the first round (with eight televised games) and then have seven more televised games as part of the quarterfinals, semifinals, and championship game.  Yes, that would mean 15 televised games in a 16-team version of the new-and-improved BCS playoffs.

Before we make up our minds, here’s another idea to consider.

Why not try a six-team playoff for a defined number (3, 4 or 5) seasons?  In this format, the #1 and #2 national seeds receive a first round bye.  Team #3 would host a game against Team #6, while Team #4 would be at home to play Team #5.  This would add one extra week of games but involves no extra travel for Teams #3 and #4.  The games being played at the home campus for Teams 3 and 4 would generate more money for those schools.  And, of course, don’t forget about the extra television revenue generated by these two extra playoff games.

Speaking of that added television revenue, here’s a good idea.  Take 50% of the incremental revenues generated from any expansion of today’s college football playoffs (whether to 6, 8, 12, or 16 teams) and give it to the players in the form of (a) retirement annuities which cannot be utilized until age 60 or later or (b) allow each player to establish a college scholarship in their name in perpetuity at the participating institution or (c) a combination of both.

Before you snicker at this suggestion, let’s examine my six-team playoff idea.  With about 100 players per college football team, it means 600 players would suit-up for the playoffs.  If the two extra televised games yielded $150 million in television rights per game ($300 million annually), half of that incremental television revenue would mean $150 million flowing back to the 600 eligible players.

If the money was invested today at 4% for the next 40 years, it would be worth over $2.1 million around age 60 for the player choosing this option.  If the player opted to utilize his $250,000 share to fund a scholarship, the 4% interest would fund a $10,000 annual scholarship in perpetuity without ever touching the principal.