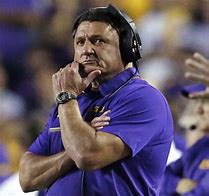 LSU and football go together like a hot cup of gumbo and French bread.  America is well aware that Tiger fans are exceptionally passionate about their beloved football team in Louisiana.

Whether it’s a Democrat or Republican in the state’s Governor Mansion in Baton Rouge, most governors will take a back seat to the daily discussions around the Bayou State centered on their beloved “Tigahs” football team.

After winning a national college football championship in the previous century back in 1959 with Billy Cannon’s amazing antics, LSU has added three more national titles during the first two decades of the 2000’s.  Only Alabama (six) has more during the period.

The 2019 undefeated 15-0 LSU team ranks as one of the greatest college football teams of all time.  Led by Ohio State transfer quarterback Joe Burrow, the 2019 squad dominated opponents and even went on the road to Tuscaloosa and ended LSU’s lengthy losing streak to the coach who brought LSU their second national championship back in 2003, Nick Saban.

Ed Orgeron played college football as a defensive lineman for Northwestern State University in Natchitoches, Louisiana.  He took a graduate assistant position with the Demons and began to work his way up the college coaching ladder.   Like so many college coaches, Orgeron was well traveled with stops at McNeese State, Arkansas, the University of Miami, Nicholls State (LA), Syracuse, and USC.

At this point in his coaching career, Ed Orgeron received his first opportunity to become a head coach in 2005 as he accepted the top job at Ole Miss.  After winning just 3 out of 24 SEC games in three seasons as the head coach in Oxford, the Rebels fired Ed Orgeron.

Undaunted, Coach O landed on his feet as a defensive line coach for the New Orleans Saints in 2008.  The next year, Orgeron found himself working as the defensive coach at the University of Tennessee for a rising coaching star named Lane Kiffin.  Coach O would follow Kiffin back to southern California as the pair reunited at USC in 2010.

Coach Lane Kiffin would be fired early in the 2013 football season.  The school tabbed Ed Orgeron (who had previous head coaching experience at Ole Miss) to run the team for the remainder of the season.  Orgeron’s USC team went 6-2 under his direction, and many felt like he would receive the head coaching job for the Trojans permanently.

Offensive guru Steve Sarkesian was handed the head coaching gig at USC beginning in the 2014 season.  Meanwhile, Ed Orgeron left glitzy L.A. and went back to his home in the bayous of South Louisiana.  He sat out an entire season to contemplate his future in coaching.

Wouldn’t you know it?  LSU placed the temporary trust in their football team to the popular local guy, Ed Orgeron.

Coach O talked like many of the locals around south Louisiana.  He was as enthusiastic about football as most in Louisiana are.  He was beloved by most of LSU football fans after taking a sinking ship and leading LSU to a 6-2 record (sound familiar?) to conclude the 2016 season.

Just like at USC, Ed Orgeron watched LSU’s top brass talk with other big name coaches such as Jimbo Fisher (then at Florida State) and rising star Tom Herman (then with the University of Houston), the keys to the LSU football car were eventually handed to none other than south Louisiana’s fan favorite, Ed Orgeron.

Including LSU’s banner championship season of 2019, Coach O’ record at LSU is currently sitting at a very solid 48-16.  His teams are a nifty 29-16 record versus SEC opponents.

When a real-life Grinch named COVID took most fans out of Tiger Stadium in 2020, it benefitted LSU’s coach Ed Orgeron.  It was obvious to all that the 2020 Tigers had lost a lot of talent as the team lost most of its starters from the 2019 glory team.

Though some football fans tried to brush-off LSU’s 5-5 record last year, there were some glaring changes which had emerged on the field of play.

LSU had to win its final two games in 2020 (at Florida and against rival Ole Miss) just to get back to .500 at 5-5 for the season.  The team’s vaunted running game and signature tough defense were both missing at LSU in 2020 as well.

How could last year’s national champions look so unlike the new 2020 version of the LSU football team?

In addition to players, LSU lost some key assistant coaches after the 2019 championship season.  Coach O also made some questionable hiring decisions to replace a few of those assistant coaches, too.

Defensive Coordinator Bo Pelini was an expensive mistake in more ways than one.  Pelini (who had previously headed the defense unit at LSU for Les Miles) had been fired at Nebraska a few years earlier and had moved on to running a smaller division college program at Youngstown State.  Ed Orgeron brought Pelini back to the bayous with a $2 million annual contract for two seasons at LSU.  Pelini’s defensive teams appeared confused on the field and gave up several long touchdown plays in many games in 2020.

The 2020 offense wasn’t faring much better.  Sure, replacing a Heisman-winning quarterback wasn’t going to be easy.  As most fans expected, LSU struggled at quarterback, but its legendary running attack had somehow gone dead, too.   LSU’s head coach played defensive line and coached the position for years.  Even LSU’s notoriously tough defensive line play failed to measure up to SEC standards in 2020.

Was last season’s LSU team an aberration or the start of a downward trend?

Through five weeks of the 2021 college football season, LSU’s 3-2 record certainly isn’t indicative of a total disaster.  Fans who are paying close attention, though, have noticed some similarities to 2020 and the storm clouds are gathering in Baton Rouge.

Last Saturday night, LSU lost a hard fought heartbreaker in Death Valley as Auburn quarterback Bo Nix did his best Joe Burrow scrambling imitation in leading gritty Auburn to a 24-19 win.  It was 4-1 Auburn’s first win in Baton Rouge since 1999.

Auburn absolutely deserved the victory.   On the other side of the ball, LSU’s running game (?) ran for a measly 33 yards on 25 carries.  LSU’s defense, though getting better by the week, still allowed a middle-of-the-road SEC quarterback to scramble all night as he wreaked havoc for four quarters in Tiger Stadium.

Against Auburn, it appeared that LSU’s football team was outhustled and outplayed by a spirited Auburn team that showed more “want to” than Louisiana’s Tigers did last Saturday night.

The 2020 excuse train has left Baton Rouge.  Many of us are seeing the same problems still plaguing LSU in 2021.  Is Coach Ed Orgeron laser focused on getting his football team to improve every week or has he become too distracted by other issues not related to this year’s football team?

This Saturday, 3-2 LSU is on the road to play at 5-0 Kentucky.  The Wildcats have lost to the Bayou Bengals six of the past seven encounters.  Kentucky is ranked #16 by the Associated Press and #13 in the SwampSwami.com Top 25.   The Wildcats and their hungry fans were assessed a $250,000 fine by the SEC after Kentucky fans swarmed the field last weekend winning over SEC East rival Florida for the first time in 35 years in Lexington.

If the Wildcats take down LSU this weekend in Lexington, there will be plenty of wealthy Kentucky donors willing to ante-up and pay another big penalty to party on the field after a victory against the Tigers.

After this weekend’s road trip to Kentucky, LSU hosts 3-2 Florida, goes back on the road to 4-1 Ole Miss, and then has a week off before playing at #1 Alabama.

By anyone’s measures, this is a brutal stretch of games for the LSU football team.  If the Tigers go 0-4, then the LSU Athletics Director (who wasn’t at the school when Ed Orgeron was hired) may get the green light to make a change in the head coaching position at LSU.

Why so quick on the draw?  There’s another reason.  As usual, it’s all about money.

Today, LSU’s ticket website shows that there are plenty of good seats available for all three remaining home games (Florida, UL-Monroe, and Texas A&M).  To encourage more fans to show up at LSU home games, the school’s athletic department will not enforce showing proof of COVID vaccinations for fans who wish to attend the final three home football games.

Paid attendance in LSU’s 103,000 seat Tiger Stadium has averaged 94,000 thus far with no sellouts yet.  Paid attendance means tickets sold, but not necessarily fans in attendance buying concessions, gear, and paying for parking.  With the average ticket for SEC home games at over $100/seat, 10,000 empty seats means $1 million per game loss of ticket revenue and hundreds of thousands of dollars in lost in-game sales.

In defense of Coach O’s football team, most of the attendance problems are with the COVID-mandates.  However, motivated fans will buy tickets and show up at the games if they are excited about the program.  Don’t discount the fact that there is a building frustration with the direction of Coach Orgeron’s teams over the past two seasons.

If LSU walks out of Kentucky with a big victory on Saturday, Coach O will probably retain his job for the remainder of this season with a marquis win.

If not, the door is opening wider for more speculation to percolate about Ed Orgeron’s future with the LSU Tigers.  It will cost the school an estimated $16 million to buy-out the coach’s contract.  The reality is that true LSU fans would simply like for their head coach and football team to start playing like champions once again.

The trend is your friend.

For LSU’s head coach Ed Orgeron, a win on Saturday in Lexington, Kentucky should end the bad news trend and put a temporary band-aid in the coaching rumor mill while sparking an increase in ticket sales for next weekend’s game important game with Florida in Baton Rouge.

If there is a loss to Kentucky on Saturday, the trend line will show Ed Orgeron’s name continuing to dominate the discussions around the water coolers in the state of Louisiana for at least another week.

It’s up to Ed Orgeron and his LSU Tigers team to step-up now and take care of business or “the business”may take care of their coach soon.