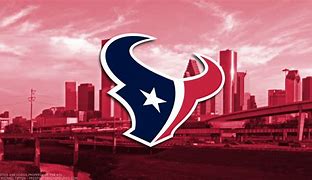 The Houston Texans came into being in 2002 and are now playing their 20th season in the National Football League.

The closest a Super Bowl has come to the city of Houston have been in two of the city’s largest football stadiums.   One game was played in Rice Stadium (1974), and then the city hosted the big game again 2004 and 2017 at NRG Stadium.

The professional football teams of Houston, though, are still waiting to play in their first Super Bowl game.

Like Detroit, Cleveland, and Jacksonville, Houston remains one of just four NFL cities which have never participated in a single Super Bowl.

The former AFL franchise known as the Houston Oilers came the closest as they lost the 1978 and 1979 AFC Championship games to the eventual Super Bowl champion Pittsburgh Steelers.  Former Coach Bum Phillips was so frustrated by the losses that he famously said, “One year ago, we knocked on the door. This year, we beat on the door. Next year, we’re gonna kick the son-of-a-b#@!% in.”

Sadly for Oilers fans, that door remained locked.  No matter how much the Houston Oilers kept trying, they never quite played their way into one Super Bowl game.

After the former owner of the Houston Oilers finally made good on his threat to move the football team if he didn’t receive a shiny new football stadium in H-town, the Oilers loaded up the truck and they moved to Tennessee.  Nashville, that is.  Country music stars…pool halls.  Wait, that’s the wrong show.

After the city of Houston went without a professional football team for several years, the NFL granted the nation’s fourth largest city another franchise in 2002 when the Houston Texans kicked off.

Now celebrating their 20th season, the Houston Texans have made the AFC playoffs six times in the past 19 years.  They have yet to reach one single AFC Championship game.  Prior to the kickoff of the 2021 season, most odds makers predicted that the Houston Texans would have the worst record in the NFL this season.

With yet another new head coach (David Culley – a former assistant in Baltimore) this season, the Houston Texans actually won their first football game of this 2021 season!  Alas, their opponent was the lowly Jacksonville Jaguars (the NFL’s worst team last season which finished with a 1-15 record).

Yes, Houston, your Texans blasted Jacksonville 37-21.  Houston football fans applauded the efforts of their overachieving Texans after their week 1 victory.

On Sunday in Cleveland, the visiting Houston Texans battled the heavily favored Browns to a 14-14 halftime tie along Lake Erie.  Journeyman starting quarterback Tyrod Taylor went 10-11 passing in the first half as the Texans continued their unexpected improvement.

Until it all fell apart in the second half.

Houston’s 2021 starting quarterback sustained a hamstring injury.  The team went to the bench and inserted Stanford rookie quarterback Davis Mills into the game.  The Texans’ offense quickly went south, and the team lost 31-21 to the Browns to go 1-1 on the young season.

Today, news reports indicate that injured quarterback Tyrod Taylor will be out for up to four weeks.   The Texans are reportedly bringing another retread quarterback, Jeff Driskell, up from the practice squad.

Doesn’t quarterback Deshaun Watson still play for Houston?  The young quarterback has been sensational ever since Houston selected him with the 12th pick of the first round in 2017.  Watson was a big winner in college at Clemson with his teams earning one national championship trophy and another runner-up trophy in two appearances in the BCS championship game.

His career in Houston started the same way.  Deshaun Watson led the Texans into the playoffs in 2018 and 2019 while earning three NFL Pro Bowl appearances.  The team then rewarded him with a new four year contract extension paying $177 million (of which $111 million was guaranteed).

Though the Texans took a step backwards in 2020, Deshaun Watson kept the team in several games with his pinpoint passing.

Earlier this spring, the media started to release story after story in which Deshaun Watson was being accused in a number of sexual harassment allegations (22 civil and 10 criminal) involving several women who performed message therapy for the star quarterback.  Watson’s attorney claims that all of these allegations were false and that any conduct had been consensual.

Though the majority of Houston pro football fans believe that Deshaun Watson let the money go to, well, uh, there has never been a question about who is the best quarterback on the roster of the Texans’ football team.

The Houston Texans say that they tried to seek trades of Deshaun Watson to several teams this spring and summer, but the team wanted more compensation (players and draft picks) than the other 31 NFL teams have been willing to part with.

Meanwhile, the pending legal issues for Watson are still festering.  Despite the unofficial guilty verdict issued by professional football fans, American law states that Watson is to be considered innocent until proven guilty.  He is not in jail right now and remains a part of the Houston Texans football team.  He is earning some very big checks to do nothing.

With Tyrod Taylor expected to remain out of the line-up for the next month, shouldn’t the Texans consider lifting the voluntary ban on their former starting quarterback so that the team has a reasonable chance to win football games?

With a team showing signs of life under their new head coach, why shouldn’t the Houston Texans give Deshaun Watson another chance to play football until he is summoned into court to face his accusers and their allegations?

The team answered that question on Monday evening.

The Texans confirmed that they will not play their $37 million per year quarterback in this week’s Thursday night nationally televised home match-up against the 2-0 Carolina Panthers.  Instead, the team will once again trot out rookie third-round pick Davis Mills and hope for the best.

There has been one consistent for the Houston Texans twenty seasons in the NFL.  The ownership of this team has consistently failed to build a tradition of winning.

Either Deshaun Watson is a cancerous boat anchor for the Houston Texans who should immediately be traded for whatever value his team can get in return, or Watson should be given another chance to earn his pay for this team until he is forced off the field due to ongoing legal issues.

If a judge ends the football season (and, likely, the career) of Deshaun Watson, then so be it.  For now, he remains a free man and eligible to play NFL football.  There is no doubt that, as a quarterback, Watson gives Houston a better chance to win football games.

But, remember, this is the Houston Texans we are talking about.  Twenty seasons of mediocrity.

That is probably why so many NFL football fans in the Houston area still root for the Dallas Cowboys, New Orleans Saints, or other NFL teams.  The local franchise always finds a way to let their fans down.

In February, you can virtually guarantee that the city of Houston will, once again, be watching the 56th Super Bowl played in NFL history without their local football team participating in it.