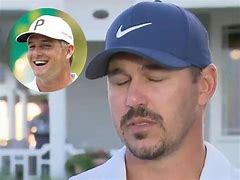 Almost sixty years ago in 1962 at the US Open being played at Oakmont Country Club near Pittsburgh, local golf hero Arnold Palmer was paired in an 18-hole Monday playoff with a 22-year old slightly portly young golf phenom from Columbus, Ohio named Jack Nicklaus.  The enthusiastic western Pennsylvania fans were solidly backing Arnie (who was born, raised and still living in nearby Latrobe, PA).

It’s one thing for a golf crowd to be rooting for the hometown hero in Arnold Palmer.  It was quite another thing to hear the patrons yelling “Fat Jack” or “Ohio Fats” as they did that day toward the younger Nicklaus.

For his part, Jack Nicklaus claimed that he was totally focused on winning the US Open and really didn’t hear the crowd’s rude behavior.  Arnold Palmer was downright embarrassed that his overly enthusiastic and loyal fans had become very unsportsmanlike.  When the day ended, it was Jack Nicklaus who was hoisting the US Open championship trophy.  Despite this ugly incident in 1962, these two golf legends would become fast friends for the remainder of their careers.

There are two young golfers on the PGA Tour whose recent success on the golf course and personal swagger are making some golf fans either love them or loathe them.

31-year old Brooks Koepka and 27-year old Byson DeChambeau have each won several times on the PGA Tour. Both have won major championships and both players are going to be playing for the United States in this month’s Ryder Cup team event in Wisconsin.

In golf’s legendary movie “Happy Gilmore”, the former hockey player-turned-golfer couldn’t seem to get the better of an arrogant professional golfer named Shooter McGavin.  McGavin even enlisted the help of a overzealous golf fan to go around the golf course and heckle the easily distracted Happy Gilmore at the most inappropriate times.

There have been several incidents cropping up lately associated with a real-life feud between current PGA stars Brooks Koepka and Bryson DeChambeau.  These two players could be heading toward an ugly incident soon if someone doesn’t sit them down and negotiate a truce.

Most PGA Tour golfers are built like the high school nerds that most of us were in those days, too.  As someone who graduated from high school at nearly 6’ tall and a gangly 148 pounds, I would have fit in well on today’s PGA Tour.

Brooks Koepka and Bryson DeChambeau look like two guys who may have played linebacker and tight end on your high school football team.  They try to overpower golf courses off the tee to the delight of many golf fans.

Beefy Brooks Koepka has the persona of a brooding loner who enjoys playing mind games with the other pro golfers.  He relishes playing the toughest layouts on tour where the majority of his fellow PGA Tour competitors often struggle.  With four majors to his credit prior to age 30, Koepka plays majors extremely well but struggles to win in the PGA Tour’s regular season events.  He has only four non-major wins on tour at this point of his career.

The arrogant Brooks Koepka thinks most of his fellow pro golfers are mental weaklings.

“I think sometimes the majors are the easiest ones to win,” Koepka said. “Half the people shoot themselves out of it, and mentally I know I can beat most of them.”

Brooks Koepka wasn’t a household name heading into college at Florida State.  As his golf game continued to improve at FSU, Koepka earned All-American honors and slowly worked his way onto the PGA Tour.

He surprised most golf fans by grabbing two wins at both the US Open and the PGA Championships over the past five seasons.  The 31-year old Brooks Koepka seems to appear bored by the adulation of golf fans and relishes being able to walk away from the game for lengthy periods to enjoy the trappings of his financially successful life.  He has already earned enough money ($36 million and counting) that he really doesn’t need to play professional golf any more if he chooses.

This feud is becoming a bit like Brutus (Koepka) versus Popeye (DeChambeau).  They seem born to brawl with each other, but in a more civilized fashion than the two cartoon legends.  Koepka is a master of Twitter sniping, and DeChambeau seems to be taking the bait too often for his own good.  On the other hand, the golf fans are starting to appreciate Bryson’s recent success on the golf course (he won the 2020 US Open) and admire his prodigious long drives off the tee.

DeChambeau’s Army is rapidly building fans by the week, but Koepka’s constant digs directed at DeChambeau have transformed some golf fans into anti-DeChambeau detractors.  Just like in the movie Happy Gilmore, Keopka has (indirectly) encouraged his fans to heckle Bryson DeChambeau and get into his head on the golf course.

Yes, this IS like what we remember in junior high school, isn’t it?  At my school, this also usually ended with one guy finally having “enough” and a brawl ensues.  Since this is the PGA Tour we’re talking about, this likely duel between these two players is likely to occur in the parking lot at some point.

Just last week, DeChambeau found himself in a playoff battle with Patrick Cantlay at a FedEx playoff event.  According to a media source who doesn’t particularly like DeChambeau, fans were cat-calling things such as “Brooksie” at him and cheering for his mistakes.  After losing in the sixth sudden-death playoff hole, one fan sniped at DeChambeau as he was walking off the course.  Having heard more than his share of jeers for the day, Bryson turned and surprisingly confronted the rude fan.

This is going to have a bad ending unless someone can patch this feud up soon.

If there is one living golf legend who has endured more rude sniping than Bryson DeChambeau has been receiving on the golf course lately, it’s the man who yanked the crown off of golf’s most beloved star, Arnold Palmer.

DeChambeau won Jack Nicklaus’ annual tournament (called “The Memorial”) in 2018.   Afterwards, he received a congratulatory handshake with none other than Nicklaus himself.  During that exchange, DeChambeau told golf’s greatest champion that he was thrilled to be able to win the host’s tournament.  He later told CBS Sports reporter Peter Kostis, “To be able to win [Jack Nicklaus’] event is such an honor. He’s the greatest to play. I’m speechless.”

I think that young Bryson DeChambeau could use a little soothing from golf’s greatest player who endured infinitely more boo-birds early in his career by simply focusing on the task at hand, tuning out, and winning golf tournaments.

With the Ryder Cup coming up in a few weeks, it’s time for DeChambeau to take the high road right now, put in some effective ear plugs, and leave that junior high school bully Brooks Koepka and his childish minions in the rearview mirror.