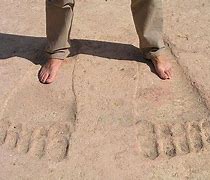 This week, I have listened for several hours of the new radio show which is trying to replace Rush Limbaugh in the 11AM-2PM Central time slot.  “The Clay Travis and Buck Sexton Show” debuted Monday after February’s passing of talk radio giant, Rush Limbaugh.

Rush Limbaugh’s national radio show grew to include over 600 radio stations nationwide.  After he passed from lung cancer in early February, several capable local talk show hosts rotated substitute host duties in the time slot while creatively utilizing some of Limbaugh’s past audio clips to hammer home a point about current-day political issues.

After the first month of “Rush Tribute” radio shows, the daily audience started to dwindle and the network (Premier Radio) may have lost about 1/3 of the local radio station affiliates.  The Rush Limbaugh Show sadly and slowly morphed into the “Rush Limbo” Show as the guest hosts were forced mesh current topics with previous audio clips of Rush Limbaugh’s thoughts on a similar matter at some point in the past.  That show must have been quite difficult to produce for the several months which it aired.

After listening to a couple of days of the new replacement program, the biggest issue I see for “The Clay Travis and Buck Sexton Show” is that the two hosts (both about 40 years of age) sound quite a bit alike.  It’s hard to know which host was commenting at any particular moment.  They have great energy, and the show has a lot of upside based on the first few days on the air.

Will they win back the +/- 200 local radio affiliates which have left Limbaugh’s gigantic umbrella after his passing a few months ago?  Only time will tell, and I wish them both well.

I started thinking about how hard it must be to follow in the footsteps of legendary giants.

For example, will any investment guru be able to measure up to the legendary Warren Buffett once he finally retires?  He is still leading the multi-national business conglomerate Berkshire Hathaway at the youthful age of 90 with his ever-spry 97-year old sidekick Charlie Munger still a vital part of the team.

Though a management succession plan is already in place at Berkshire Hathaway, the next primary leader of that company will feel a lot of heat from investors if he or she fails to keep delivering a rising share price in the future.

At Duke University, major college basketball’s winning coach, Mike Krzyzewski (now 74) has already announced that he plans to retire after this coming basketball season.  Coach K has now won 1,170 games in 45 years as a head coach (five at Army and then the next 40 years at Duke).  His recently-named successor is former Duke player and current assistant coach, Jon Scheyer.   A history major at Duke, the 33-year old Scheyer will soon have to cope with following one of history’s most successful college coaches in Mike Krzyzewski.  No pressure, Jon!

Speaking of legends, how would you like to have been one of the children of legendary golfer Jack Nicklaus?  More specifically, how would you like to have been Jack’s son, like to play golf and bear (pardon my pun) the name Jack Nicklaus, Jr.?   His dad won 18 major golf championships over his career, and that record may remain intact for a long time to come.

Jackie, Jr. played golf well enough to compete on the college golf team at the University of North Carolina and then worked up the professional ranks to earn a spot on the PGA Tour.   Jackie then opted to leave the professional golf tour and began assisting his famous father in designing new golf courses around the world.  Jackie recently published a book entitled “Best Seat in the House – 18 Golden Lessons From a Father to His Son” which describes their close father-son (and, later, grandchildren) relationship over the years.

In the NFL, do you remember who followed legendary Green Bay head football coach Vince Lombardi?  If you don’t recall the name Phil Bengston, you are forgiven!   Lombardi won 75% of his games as coach of the Packers and five NFL championships in just nine years while at Green Bay.  Though Phil Bengston would only last two seasons as the Packers head coach, the next four coaches who followed him in Green Bay would all sport losing records, too!

The NBA hands out its annual “Red Auerbach” trophy to honor the season’s best pro basketball coach.   Named for the Boston Celtics’ legendary head coach, Red Auerbach led the team to an incredible nine NBA titles in ten seasons spanning the late 1950’s through the late 1960’s.   Though the Celtics would win a few more titles after Red left the bench, the former coach is still the gold standard by which Boston fans have measured the success of later coaches.

In college football, most Alabama Crimson Tide fans never believed that anyone would be able to stand toe-to-toe with the record of legendary football coach Paul “Bear” Bryant.   In his 24-year career in Tuscaloosa, Coach Bryant won 82% of his games and grabbed six national championships with his teams.   Bama fans had a hard time adjusting to the coaches who came after Bryant as they had been spoiled by the long history of winning.

In 2007, Nick Saban returned to college football coaching after two years trying his hand at NFL coaching in Miami.  In just 14 seasons at Alabama, Coach Saban’s teams (which have won nearly 85% of their games) recently grabbed their sixth national championship trophy.  After also winning a national championship while LSU’s head football coach in 2003, Nick Saban has now led seven championship teams during his career.   The 69-year old coach recently signed an extension with Alabama to keep him there through 2028 (if he decides to coach for that long).

How would you like to be the next person to become the head football coach at Alabama once Nick Saban retires?   The pressure will be enormous as that team’s fan base has been thoroughly spoiled by having two different Hall-of-Famers coach their team in a fifty year span.

You must possess a lot of confidence and have faith in your abilities if you plan to follow any legend – whether it is in sports, business, or even talk radio.   Many will try and fail, but a few will persist and become giants in their own rights at some point down the road.

You never know when or where the next legend is coming from!