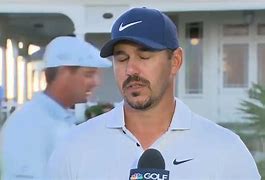 The Ryder Cup golf competition between the United States and the European countries is played every other year.  If you’ve been following golf at all for the past four decades, the Euros have been kicking American tails a lot in the recent years.

Beginning in 1985, Team Europe holds an 11-5-1 record in this biennial golf event.  One of the American wins was that dramatic 1999 win where US captain Ben Crenshaw inspired his team to rally on the final day of singles competition as the US roared from a big deficit to grab a narrow team victory.

After nearly a full century of Ryder Cup competition (which began in 1927), the Yanks have won 26 events and Europe just 14.  Prior to 1985, the USA completely dominated the first 58 years of this event.

Through the year 1971, the golf team from across the Atlantic Ocean only included players from Great Britain.  In 1973, Ireland was added, but the results didn’t really change as America continued its Ryder Cup dominance.

During the 1977 Ryder Cup, both sides discussed adding golfers from continental Europe to help add competitive balance.   Jack Nicklaus encouraged this change, so a deal was made to expand the player pool for the European team beginning in 1979’s competition.

Talented European Tour players such as Spain’s Seve Ballesteros and Germany’s Bernhard Langer began to help the European Ryder Cup squad become more competitive.  After a breakthrough win in the 1985 Ryder Cup, the Euros exerted their dominance in this competition for the ensuing decades.

Why have the European players been so successful of late?  Their players have stated for years that they truly enjoy each other’s company.  Most European Tour golfers stay at the same hotel during weekly events.  They get to know each other socially and form a personal bond long before the Ryder Cup matches take place.

By the early 1970’s, American professional golfers had begun to accumulate enough wealth to be able to travel, lodge, and eat on their own.  Though some golfers remained friendly off the course, players began to spend time with their own inner circle.

Within the past few decades, PGA golfers now travel (and pay for) expense for their caddie, a personal golf teacher/coach, and even a mental health expert to assist with the player’s focus.

To offset these costs, pro golfers have morphed into walking corporate billboards.  You will find sponsors displayed prominently on a golfer’s hat, shirt, and golf bag.  The average PGA player today needs to generate about $1 million per year from tournament earnings, paid corporate appearances, and sponsorship money to cover the costs of his own traveling show on tour.   As the money has improved, most American PGA Tour golfers now rarely socialize with each other off the golf course.

This brings us to the 2021 Ryder Cup and its developing soap-opera storyline.

Two potential members of the 2021 US Ryder Cup team (Brooks Koepka and Bryson DeChambeau) are engaged in the biggest personality feud I’ve seen since the days when the adoring crowds of Arnie’s Army were calling Jack Nicklaus “Fat Jack” during the 1960’s.

As young Jack Nicklaus started to dominate golf in the middle1960’s, Arnold Palmer’s loyal fans actually hurled personal insults at Nicklaus during golf tournaments.   The alpha-male Palmer was a very fierce competitor, but he was quite embarrassed by his overzealous fans.  He told them to “Cool it!” as unsportsmanlike behavior is unacceptable in golf.

Brooks Koepka comes off as a rather self-absorbed jerk on the golf course.  Some people might describe him as golf’s resident bully.  At 6’ tall and about 210 pounds, Koepka looks more like a college football linebacker than a golfer.  He scowls at opponents on the golf course and seems to enjoy playing mind games.  To his credit, he owns two US Open titles and two PGA Championships already.

2020 US Open champion Bryson DeChambeau was physics major in college and is one of the quirkiest players on tour.   He plays golf with irons of the same length (7-iron) and factors issues such as the relative humidity into making decisions on the golf course.  Called “The Scientist” by other PGA tour players, DeChambeau is also one of the slowest players on tour.

Brooks Koepka does not like slow players (note to Brooks – you must have a long list of enemies on the PGA Tour).  Specifically, he doesn’t like Bryson DeChambeau in general, and he is playing it up recently to a tabloid-like news media.

A few months ago, the PGA Tour announced that it will dole out a $40 million bonus pool this season to compensate the players who are judged to best drive fan and sponsor engagement.  Things such as social media popularity, searches on Google, and other metrics will be used to determine which golfers brought the most publicity to the PGA Tour this year.

A few weeks ago at the PGA Championship tournament at Kiawa Island, South Carolina, runner-up Brooks Koepka openly complained to the media afterwards that fans who were rushing toward the 18th green in the final round had bumped into his surgically repaired knee that day, and it caused him unnecessary pain.

As the other golfers were exiting the grounds later, Koepka was interviewed by a Golf Channel personality.  While this brief interview was being conducted, Bryson DeChambeau and his caddy walked through the background of the television shot during Koepka’s interview.  In today’s vernacular, this might be called “photo bombing”.

It certainly didn’t appear to be intentional to me, but Koepka stopped the interview and let loose with a few curse words of disgust toward DeChambeau.

Last week at The Memorial Tournament hosted by Jack Nicklaus, Koepka stayed at home but DeChambeau teed-it up in Columbus, Ohio.   Much like in the movie “Happy Gilmore”, fans of Koepka started to follow DeChambeau.  Some patrons started chanting things like “Brooksie” as DeChambeau was swinging the golf club.  Over the weekend, nearly a dozen unruly Koepka fans were tossed off the golf course for their juvenile behavior.

For his part, DeChambeau downplayed the heckling from Koepka fans, but he also suggested that the PGA Tour might be partly responsible for encouraging bad behavior from Brooks Koepka and his fans with the new bonus program intended to drive media and fan interest.

Of course, Koepka disagrees.  He apparently believes his “I hate Bryson” shtick must be good for golf.  He went onto his twitter account last weekend and said that he would attempt to send a case of beer to up to the first 50 golf fans that were “sent home early” for heckling Bryson DeChambeau last weekend.

The PGA Tour’s new $40 million incentive program may be adding fuel to this fire.  The PGA Tour needs to admit they inadvertently contributed to this big mistake and fix it immediately.

This “Shooter McGavin vs. Happy Gilmore” feud is going to continue to resurface as DeChambeau fans will likely give the raspberry to Brooks Koepka next week at the US Open in San Diego.  This could become quite ugly very soon.

There are also implications for the Ryder Cup this September in Wisconsin.  As of this week, DeChambeau is nearly a lock to make the team at #2 in the rankings while Koepka is #5 and (in most years) might seem to be a likely selection for the 12-person US squad.

Team Captain Steve Stricker is not happy with this silly “Koepka vs. DeChambeau” food fight.  He understands that his US Ryder Cup team’s unity (a hallmark of the European team) is very important.  Knowing that two of America’s best professional golfers may, indeed, really hate each other’s guts right now is very bad news if these two should qualify for the team.

If Captain Steve Stricker were to ask me, there is no way that I would put both DeChambeau and Koepka onto this year’s US Ryder Cup team.  Brooks Koepka has been the obvious instigator in escalating this feud and should be left out of this year’s event unless he finishes in the top six.

Steve Stricker (who seems to be a rather level-headed person) should not be pressured by NBC or the media to put these two golfers on the same team this fall purely for the sake of driving-up television ratings, either.

The US Ryder Cup team has gone 2-7 in the last nine match-ups in this century.  With this year’s event being held in the United States, I would much rather leave both of these golfers off this year’s team and take my chances without them.

Whether raising children, in the workplace, and in politics, rewarding bad behavior should never be encouraged.