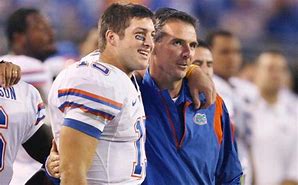 Many have tried, and most have failed.  Will this time be any different?

I’m talking about the chances of another successful college football coach coming into the National Football League and turning the franchise around.   Former Ohio State, Florida, and Utah head coach Urban Meyer is already making a lot of noise as he prepares for his first season at the helm of the NFL’s Jacksonville Jaguars.

Though other college football coaching winners such as Nick Saban (Miami Dolphins), Steve Spurrier (Washington Football Team), and Chip Kelly (Philadelphia) have crashed and burned in their attempts to win in the NFL, the odds are certainly against Urban Meyer as he takes over a Jacksonville NFL squad that went a pitiful 1-15 in 2020.

If the 1-15 record sounds familiar, that’s what former college coaching legend Jimmy Johnson recorded during his first year in pro football as head coach of the Dallas Cowboys when he took over in 1989.

After his first year learning curve, Johnson would draft well and lead the Cowboys to a couple of Super Bowl victories in the next three seasons.   Jimmy Johnson then abruptly took his titles and left pro football after just four seasons in Dallas.  JJ entered television broadcasting with Fox and remained there after tiring of dealing with Dallas’ hands-on team owner Jerry Jones.

This type of turnaround can be done, and Jimmy Johnson’s blueprint in Dallas seems to be what Urban Meyer may be using as a template right now.

When Jimmy Johnson left the University of Miami to take the head coaching reins in Dallas, he drafted a franchise quarterback in Troy Aikman and added future Hall-of-Fame running back Emmitt Smith.

In his first draft with Jacksonville, Urban Meyer recently selected Clemson’s record setting quarterback Trevor Lawrence with the first overall pick in the 2021 draft and added Clemson’s talented running back Travis Etienne at #25 in the first round, too.  With all of the Clemson players, it wouldn’t surprise me if Jacksonville changed its primary uniform color to orange soon, too!

While at Clemson, both Trevor Lawrence and Travis Etienne played on the 2018 national championship squad.  They know what it takes to win at a high level and play for a demanding head coach like Clemson’s Dabo Swinney.

As a college football coach, Urban Meyer (now age 56) has a reputation of being quite intense.  Though two of his University of Florida football teams won national championships, Meyer burned-out out in early 2010 after a brief health scare involving chest pains and dehydration.

He hinted that he might leave college football, but, after a few months off, he returned to his job for the 2010 season.  Urban Meyer officially announced his retirement from college coaching after the 2010 season at Florida.  He went into the television booth with ESPN for the following year.

Just as quickly, Meyer turned to college football coaching at Ohio State beginning with the 2012 season and led the team to a 12-0 regular season and a #3 ranking.  He would win his third national championship as a head coach in 2014 after the Buckeyes downed Oregon to win the BCS title.

In 2018, Urban Meyer was placed on paid administrative leave just before the start of the regular season as part of an investigation relating to his assistant coach, Zach Smith.  After sitting out three games, Meyer returned to coach Ohio State for the remainder of the 2018 season as the team finished 12-1.

Then, just like at Florida, Urban Meyer retired from coaching due to health concerns and took a television analyst position with Fox Sports.  After two years on the sidelines, Meyer accepted the head coaching job with the NFL’s Jacksonville Jaguars.

Here’s what we know.  Meyer is driven to succeed at everything he does and will, in all likelihood, work himself into exhaustion once again.  He will demand excellence from his players and expect loyalty from them, too.

So, that brings us to today.

Urban Meyer’s success as a college coach was due, in large part, to the recruitment of elite talent and a willingness of the players to go “all-in” on his coaching philosophy.  The obvious difference between college football and the NFL is that professional football players are playing for a paycheck in addition to playing for the league’s championship.

The paycheck aspect can drive players to focus on their own individual achievements in order to create a higher demand for their services at their next contract negotiation.

LSU lost Nick Saban after he was lured into a job with the NFL’s Miami Dolphins.  It’s fair to say that Nick Saban’s intensity as a football coach would rival or surpass Urban Meyer.  After going 9-7 in his first year in the NFL with the Dolphins, Saban’s second year coaching record sank to 6-10.  He would then leave the NFL, return to college football with Alabama, and has won six national championships with the Crimson Tide since taking the job in 2007.

Nick Saban soon realized that it’s much harder to control all of the factors related to building a winning program in the NFL than in college football.   In an interview years after leaving the NFL Miami Dolphins, Nick Saban confirmed his need to be in control:

“I can’t control my destiny here. There’s too many things that, no matter how hard I work or no matter what I do, I can control my destiny better in college by working hard and making good choices and decisions and creating a good program for players. I think that happening made me lean back to coming back to college”.

That admission by Nick Saban is part of what makes him one of the greatest coaches of our time.  He understands himself and acknowledges that he wants total control of his football teams.  No detail is too small for Nick Saban.

In the NFL, though, the “carrot” for most players is building incredible wealth in their brief careers.  Though first round draft picks average nine years in the league, the average NFL player’s career lasts less than three seasons.  Injuries and continued annual competition from rookies and free agents can move the focus away from winning and toward individual stats.

Urban Meyer is about to find that out in Jacksonville.

Perhaps that is why 33-year old Tim Tebow is returning to football in Jacksonville after nearly a decade from last appearing on the football field.  Tebow was the quarterback for one of Urban Meyer’s two national championship teams with the University of Florida.   Tebow also grew up in the Jacksonville area and has many ties to the community.

Tim Tebow was drafted by the Denver Broncos in the first round as a quarterback.  Despite having some success on the field, Tebow’s inability to improve as a more traditional downfield passer would see him bounced out of the league after brief stops with the New York Jets, New England and Philadelphia.

Tim Tebow went into television as an analyst.  Though quite successful in the broadcast booth with the SEC Network, he decided to take a few years trying to reach baseball’s major leagues with the New York Mets organization.  After climbing to AAA a few years ago, Tebow recently called it quits on his baseball career.

Once his former coach, Urban Meyer, took the NFL job in Jacksonville, Tim Tebow worked out for the team and announced that he wanted to compete for the tight end job.  This week, Jacksonville signed Tim Tebow to a contract.  Tebow says that he simply wants another chance to play in the NFL.

For Urban Meyer, Tim Tebow represents the ultimate “winner” type of personality he wants other players to emulate in his NFL clubhouse.   At 6’3” and 245 pounds, Tebow is built like an NFL tight end but never played the position before at any level.  Jacksonville’s coaches liked what they saw during his workout with the team, so Tebow is now back in the NFL as a tight end.

Since many in the media and a small percentage of fans apparently despise Tim Tebow’s overt religious faith, the media will likely focus much more time on Tebow’s attempted NFL comeback rather than the team’s new and highly important first round quarterback (Trevor Lawrence) and running back (Travis Etienne).  Urban Meyer is very smart at understanding how the media works after spending several years after being a part of it, too.

I think it is a brilliant move to bring Tebow to Jacksonville.  It will build team interest, helps to sell tickets and merchandise, and brings a national focus onto a team which was a lowly 1-15 last season.  Tebow’s positive attitude, leadership and character are a plus in the clubhouse, too.

It is quite likely that Urban Meyer’s 2021 Jacksonville Jaguars team will improve on the field in his first year as the head coach.  However, Urban Meyer’s newest coaching adventure likely comes with his own personal timer as to how long he is willing to stick with this job.

We are going to find out quickly whether Urban Meyer becomes the NFL’s next Jimmy Johnson (a Super Bowl winner) or Nick Saban (who learned that he prefers retaining the control of a college football team).

No matter what happens, Jacksonville’s “Urban Renewal” plan will be fun to watch!