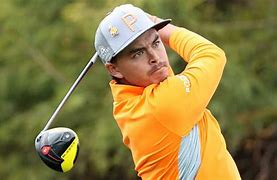 As my life continues to move forward, my golf game continues to regress.  Though I was fairly good at golf during high school (shooting in the 70’s much of the time), my game has continued to vanish with less and less practice time and waning interest.

I’ve been humbled by this game.  In business outings, my younger self (at least through my 30’s) was considered a legitimate “A” golfer during four-person scramble events. Unfortunately, less golf practice meant that my scores and play had regressed into a solid “B” player during my 40’s.

These days, I am simply the guy that you want to put onto the tee first and say, “Go ahead and hit your dinky 225-yard drive down the fairway for us and then we’ll swing for the fences!”

Golf can be a very cruel sport – especially if you let it get inside your head.

In a golfer’s mind, you can remember the ease which you could chip the golf ball onto the green from nearly anywhere and still make that putt for a par.  As time advances and your practice time retreats, your brain still tends to remember your former skills even though current abilities have withered significantly.

Today, trying to break 90 (considered “bogey golf”) is about all I can reasonably expect without putting additional effort back into my golf game.

The great thing about golf is that no two golfers play alike.  Nearly every golfer has their own unique style of swing.   Just watch Bryson DeChambeau try to swing for the fences this weekend at the PGA Championship.  Though most of us envy that silky smooth swing of Ernie Els, Jim Furyk’s awkward self-taught swing has brought him 17 PGA Tour wins and a US Open trophy.

You must have a repeatable golf swing – regardless of whether it looks pretty or not.

Success in golf stems just as much about your mental approach as your physical game.  If you think you are going to play well, you generally do.  If you believe your golf game is headed for the proverbial sewer, it probably will, too.

Take putting, for instance.  How can a fellow like Jordan Spieth or, for us older golfers, Ben Crenshaw make so many putts from such incredible distances?  It’s because both golfers carry a supreme mental confidence about their chances of sinking putts on any green.

Two of the greatest golfers of our time, Jack Nicklaus and Tiger Woods, seemed to relish the pressure of playing golf in the toughest major golf tournaments.  The harder the golf course, the better they seemed to play.  Though nearly every one of the 144 professional golfers lining up on a weekly basis has won at some level, the mental toughness of a Nicklaus or Woods separates them from the field.  At any level, they truly believed they were going to win every single time they teed it up.

One of the best young golfers on the PGA Tour the past decade has been Rickie Fowler.  Though the former college golf sensation is still making a lot of money doing network television commercials, Rickie Fowler is mired in a mighty big slump.   In 2021, we have seen more of Rickie Fowler on commercial breaks than during your weekly PGA tournament’s television coverage.

Fowler is now 32 years of age.  He should be in his golfing prime.  Yes, he has won five times on the PGA Tour and has come oh-so-close to winning each of professional golf’s major championships.  Alas, he hasn’t carded a victory since 2019.

Since that win two years ago, Rickie Fowler’s golf game has been going south so fast that his world ranking has dropped from #7 two years ago all the way down to #128.

In 2021, Fowler is currently sitting at #147 on this season’s FedEx Cup points list (an indicator as to your current year’s earnings power).  In the month of May, he has missed two cuts in a row and five out of eleven cuts thus far in 2021.   His best finish this year has been 17th place in San Antonio.

Anyone who has seen Rickie Fowler play golf knows that he has the talent to win again.  With 143 other golfers teeing it up every week, winning is never easy and doesn’t get easier as you get older.

As the PGA Championship major begins on Thursday at Kiawah Island, South Carolina, Rickie Fowler is not likely to break his recent golf slump according to the Las Vegas bettors.  He is currently listed as #52 on the handicap list with his odds of winning posted at 160 to 1.

This past weekend, a long-time European Tour golfer finally broke through with his first win ever on the big stage.  Englishman Richard Bland is now 48 years old and had a non-winning streak of 477 straight golf tournaments (23 years) without picking up a single victory.

Since entering the European Tour back in 1998, Bland struggled to maintain his playing card at times.  He would spend much of his professional golf career bouncing between the bigger tour and Europe’s qualifying tour.

Though he had never visited the victory circle, Richard Bland never gave up trying for his first big professional win.

“I don’t quit,” he said. “Even if I’m having a bad day – you might be frustrated by it – but you never throw the towel in because you never know in this game what’s round the corner.  I always knew I could do it. Some of my friends out here have won. You think if they can win, surely I can do it.”

In the past two weeks, Cejka and Pride have picked up their first senior tour wins.  Both golfers were required to post a low score via Monday qualifying since their recent play was not good enough to automatically earn them a regular spot in the field.

Neither of the two senior golfers had been a household name during their time on the PGA Tour.  Alex Cejka (whose family left communist Czechoslovakia when he was nine years old) picked up his only PGA Tour win at the 2015 Puerto Rico Open.

Dicky Pride carded his one and only PGA Tour win 27 years ago at the 1994 St. Jude Classic in Memphis.  Pride, who has dealt with several serious health issues during the past twenty years, bounced between the big tour and the Web.com junior circuit for most of the past decade.

After Alex Cejka surprised everyone by winning the Region’s Tradition Championship in Birmingham a week ago, Dicky Pride did the same thing Sunday as he grabbed the first place prize at the Mitsubishi Electric Classic near Atlanta.

Seeing that the month of May has been very good to Europe’s Richard Bland and Champion’s Tour Monday qualifiers such as Alex Cejka and Dicky Pride, perhaps this should give Rickie Fowler a shot of confidence as he plays in this weekend’s PGA Championship.

Indeed, the month of May has been very good to several of professional golf’s underdogs.  Perhaps Rickie Fowler will become the next professional golfer to break through with an unexpected victory soon!