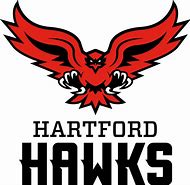 The University of Hartford athletics program is transitioning out of the NCAA’s top sports level (Division 1) to the less glamorous Division III beginning next year.  In the interim, the school will honor all of its athletics scholarships and coaching agreements through 2025.

This story appeared last week without much national fanfare.   The Connecticut-based private school has less than 7,000 students with student tuition and fees of over $55,000 per year.  The school’s academic program includes several engineering disciplines, business, education, and an extensive music studies program.

The Hartford Hawks have been competing in the NCAA’s America East Conference with regional schools such as the Universities of Vermont, New Hampshire, Maine, and several other schools in the Northeast.  In fact, the Hartford men’s basketball program recently won the America East Conference tournament and played in the 2021 NCAA March Madness tournament.  The team lost 79-55 in the opening round to the eventual national champion, Baylor, and finished with a 15-9 record.

The University of Hartford has been participating at the NCAA Division 1 top level since 1984.  The school, which does not have a football program, fields nine sports each for men and women.

So, why is the university dropping down from Division I to Division III?  If you guessed money, you would be correct!

As expected, University of Hartford President Gregory Woodward tried to spin this move as a good thing for the school:

“As we transition to this new model for intercollegiate athletics in the coming years, I am energized by the opportunities we will have to support the success of all of our students, including our student-athletes.”

Translated – “We can’t keep losing money trying to compete in big-time athletics if our students and long-time supporters are unable to cover the costs.”

The move to NCAA Division III by no later than September, 2025 means that the Hartford Hawks’ athletics program will soon feature more students taking a primary interest in their academic pursuits and fewer being focused on a future career in athletics.

University of Hartford Board of Regents Chairman David Gordon added, “A move to Division III will allow the University to further strengthen the academic, co-curricular, and wellness experience for all students.”

Hartford plans to officially file its intent to become a NCAA Division III in January, 2022.  The NCAA forces schools to go through a rather elaborate dance (which lasts several months) as they attempt to collect information and verify that the school has checked all of the requisite boxes for admission.

Now, let’s talk about what is really happening here.

A private college or university generally offers a competitive athletics program in order to build school spirit among the students and to keep their alumni connected to the school.  The athletics programs generally need a primary cash cow program (usually football or basketball) to provide enough money to fund the other sports whose costs exceed any revenues.

In each of the previously mentioned schools, the university itself (via tuition) and incremental student fees bear the vast majority of the costs of their athletics programs.  That is reflected by the University of New Hampshire (72%), Albany (80%), and Maine (68%).  Surprisingly, ticket sales at those three universities represent only about 5% of revenues.  Media contributions and athletic donors each were less than 10% of sports revenues.

By contrast, the ticket sales for the LSU Tigers account for 27% of the athletic department’s annual revenue while athletic donors put an additional 27% into the kitty.  The SEC’s lucrative media contracts made up the majority of the other revenue as the school’s athletics program literally pays its own way without placing the cost of athletics onto students.

For a relatively small private university such as Hartford, the pressure is mounting to get the cost of attendance under control.  If the university can trim a few thousand dollars per year off the cost of tuition by reducing the cost of their athletics programs, it makes financial sense to consider this option.

Dropping down to the NCAA Division III competition level makes a lot of financial sense for a private school like the University of Hartford.  According to the NCAA’s website, the average Division III member has annual athletics expenses of $2.5 million per year (for non-football schools such as Hartford).  This would save Hartford about $18 million per year, too.

The 445 members of NCAA Division III are comprised of 80% private schools and 20% public universities.  Unlike the larger FBS (formerly Division I) and FCS (formerly Division II) universities, D-III schools are not permitted to offer athletic scholarships directly to their student-athletes.   Any academic scholarship made available for a student-athlete must be equally available to anyone else who wishes to apply from within the general student body.

Let’s say Hartford (with 7,000 students) could save an estimated $18 million annually by dropping down to Division III in their athletics program.  If we then assume that the university and student fees currently pay for 75% of the expenses associated with athletics, this would save about $2,000 per student every year.

Though some exceptional athletes are also great students, a Division III school’s focus returns back to academics as the big-time athletics program and its athletic scholarships vanish.

Sure, this change at the University of Hartford might cause a few prospective students to look elsewhere if they relished a big-time college sports atmosphere.  It is also possible that the change of focus back toward academics might attract some new students to the school, too.

As many private and some public universities are being forced to find ways to trim costs to help contain the rising cost of a college education, I wouldn’t be surprised to see more and more schools follow the trend being set by the University of Hartford in dropping down to Division III athletics.