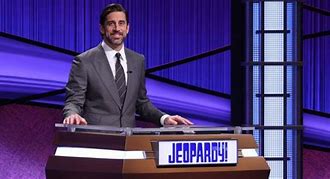 By now, most of America has heard of Aaron Rodgers.

The Green Bay Packers quarterback has been in the NFL for 16 years.  He has earned three NFL MVP awards, taken his team into the playoffs eleven times, holds a significant number of NFL passing records, and sports one Super Bowl ring while playing football for Mid-America’s favorite team.  He is paid very well for his role in Green Bay, too.  Rodgers is slated to earn a whopping $37 million in 2021.

Like recently retired Saints quarterback Drew Brees, Aaron Rodgers (now 37 years old) has checked all of the boxes required to gain entrance into the Pro Football Hall-of-Fame.  He was able to successfully take the reins from another Green Bay Hall-of-Fame quarterback named Brett Favre.

Just like many professional athletes, Aaron Rodgers has increased his fame and fortune by becoming more of a national media personality.  Though best known for a series of “Discount Double-Check” commercials on behalf of State Farm Insurance, Rodgers recently branched-out into yet another realm of the media.

After the passing of Jeopardy! host Alex Trebek a few months ago, the long-lived game show has opted to try-out several guest hosts and test how they connect with fans.  The guest hosts have included former Jeopardy! champions and an assortment of media darlings.  The rotating guest host process has helped viewers from getting too misty-eyed remembering the recent loss of the beloved Trebek (who hosted the show for an incredible 37 years).

Recently, Aaron Rodgers was given a two week slot as a celebrity guest host.  By most media accounts, his first week was shaky, but he really improved in Week 2.  Reports said that Rodgers looked much more comfortable and in command of the stage during that second week.  Being the consummate football player, Rodgers’ game show transition proved that he was quite capable of making halftime adjustments in order to win the game in the second half.

The Jeopardy! television ratings for Aaron Rodgers were also very good, too.  Many fans of the show would like to see Aaron Rodgers offered the job permanently.

But how can a guy who still has a few years left on a very lucrative contract to play football in Green Bay be available to record a five days-per-week television game show, too?

The Green Bay Packers quarterback recently revealed, “I don’t think I’d need to give up football to do it.  They [Jeopardy!] film 46 days a year. I worked 187 this year in Green Bay. That gives me 178 days to do Jeopardy! So I feel like I could fit 46 into that 178 and make it work.”

Remember, Aaron Rodgers played college football in California at Cal-Berkeley.  He owns a home in Del Mar, California (just north of San Diego) and seems to enjoy his celebrity status in the Los Angeles area, too.   He is not married (yet) and is a frequently mentioned personality in the celebrity gossip publications.

Before you laugh about trading in his cleats for hosting a game show like Jeopardy!, Alex Trebek was making about $10 million per season on the show.   Assuming Aaron Rodgers played two more seasons of NFL football (earning about $75 million), he could earn about the same amount in eight years on television without having another 300-pound lineman throwing him into the turf.

This particular game show hosting role requires a lot of mental discipline.  Rodgers is quite smart and scored a nifty 1310 on his high school SAT.  More importantly, though, the host must be able to connect with the audience on the set and at home.

Whether Aaron Rodgers is likeable enough for either role (NFL quarterback or national television game show host) seems to be a very big question.

From a statistical perspective, Aaron Rodgers’ on-field performance in Green Bay has been legendary.  Rodgers has suffered a number of injuries over his career, too.  One source showed that he has received three concussions, two shoulder injuries, two calf injuries, a knee and a foot injury over his 16-year career in Green Bay.

However, Aaron Rodgers’ clubhouse rapport has been a lingering question over the years.  Most quarterbacks are considered to be a team leader as they are the on-field coach for a football team’s offense and must make split second decisions prior to every offensive snap.

In Rodgers’ case, his clubhouse reputation seems to have been, at times, more like a temperamental Hollywood diva instead of the leader of Wisconsin’s pack of cheeseheads.

Just prior to last week’s NFL draft, Aaron Rodgers cemented his diva role after issuing a “trade me or else” ultimatum to the Packers management.  He said that he has played his last down in Green Bay and wants to be traded.  If not, he will either sit-out this coming season or retire.  He refuses to play another down in Green Bay.

It was just a year ago when Green Bay surprised everyone and drafted Utah State quarterback Jordan Love with the team’s first round pick.  Aaron Rodgers, the incumbent quarterback, took that move as a personal insult and hasn’t been a happy camper with team management ever since.  For his part, Jordan Love never even saw the field in 2020 with the Packers as Aaron Rodgers completed his third NFL MVP season in Green Bay.

Why is Rodgers still upset today?  He has felt like the Packers haven’t tried to upgrade Green Bay’s wide receiver talent for several years, and he believes team management doesn’t care about his opinion either.

Sources say that Aaron Rodgers told Green Bay management that he is willing to be traded to one of three teams:  the San Francisco 49ers, Denver Broncos, or Las Vegas Raiders.   The Packers apparently shot down any trade to another NFC team.  As a result, San Francisco used its first round pick in last week’s NFL draft to select North Dakota State quarterback Trey Lance.

That makes one team down with two possibilities remaining for this talented quarterback who also wants to be the Jeopardy! game show host.

That leaves the AFC’s Denver and Las Vegas.  You might remember that Payton Manning was ultimately released by the Indianapolis Colts.  He signed with Denver and led the Broncos to a Super Bowl victory in February, 2016.   The Broncos’ quarterback situation has been shaky ever since, so this might be a great fit for Aaron Rodgers.  Plus, it’s only a two hour flight to Los Angeles from Denver if he was offered the game show gig.

The Las Vegas Raiders’ quarterback position would also be upgraded by adding Aaron Rodgers at the helm.  Plus, Coach John Gruden has publicly admitted that he should have selected Aaron Rodgers with his first round pick while he was the head coach in Tampa Bay.  With Vegas being just a one-hour flight to L.A., “Hollywood” Rodgers would be happier, too.

Football is a team game, and one player (even an MVP such as Aaron Rodgers) is just one of 22 starters on offense and defense.  Rodgers remains under contract for another two seasons, so all trade decisions are in the hands of Green Bay.  The Packers could reap a load of future draft picks and other talented players if they decide to trade their pouting star quarterback.

Former Pittsburgh Steelers quarterback Terry Bradshaw (who has four Super Bowl rings) thinks Green Bay should hold firm and refuse to trade Aaron Rodgers.  Bradshaw, who was considered a bit of a diva himself during his playing days in Pittsburgh in the 1970’s, feels like Aaron Rodgers will eventually come around.

“Here’s what I would do: I wouldn’t budge. Let him gripe. Let him cry. Retire. You are 37. Go ahead and retire. See you later. I’m really strong about stuff like that. It just makes him look weak.“

Now that this year’s NFL draft has concluded, it will be easier for Green Bay to evaluate any possible offers for their star (but unhappy) quarterback.  There will be no shortage of possible suitors.

If I were the Packers, I would jettison this malcontent and take the best offer – regardless of which team it comes from – before training camp opens.  The drama just isn’t worth it.

However, if I were Aaron Rodgers, I would sit and wait for now.  Jeopardy! expects to make a decision on its new host by late July or early August.  It remains up to Green Bay to make the next move as the ball is in their court.

While I doubt Aaron Rodgers will be named as the permanent host for this game show, the odds of seeing him play NFL football wearing a Green Bay uniform is certainly in jeopardy!