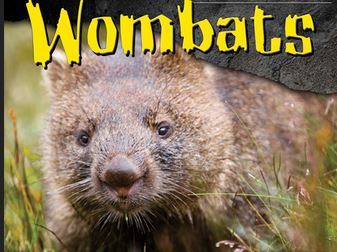 The National Football League team in Washington, DC dropped its longtime nickname last year and caved to political pressure.  The team without a nickname played its 2020 season known as the Washington Football Team.

Now that a full year has passed since the dramatic heave-ho was given to the team’s popular former nickname, isn’t it time for the WFT to take the next step and permanently replace the team’s nickname?

Though some have joked (or perhaps not) that the team should retain their former nickname and just replace the iconic image of a Native American with one or more red potatoes, it appears that the ownership of the team isn’t leaning that way.

In this turbulent and hyper-sensitive era in which we currently live, the NFL’s Washington franchise has just announced a list of possible nicknames under consideration (it took them a year?).

Don’t get too excited, though.  A new team moniker will not become effective until the 2022 season.   Such is life in the red-tape infested slow lane called Washington, DC.

Your ever-faithful SwampSwami has just reviewed all 37 names in the team’s proposed nickname list.  I will now offer my gut-reaction grades of “A” (Great!) through “F” (No, that one truly stinks) along with each of the proposed new nicknames:

That’s right!  I didn’t “love” any of these proposed nicknames for the Washington NFL franchise enough to issue a single “A” rating.  Only “Demon Cats” and “Renegades” made me think, “That might be pretty good!”  On second thought, the word “Renegade” doesn’t exactly remind me of what usually occurs daily in stoic and stodgy Washington, DC.

I gave the current “Washington Football Team” a “C” rating, because the lack of creativity simply doesn’t deserve a better score than that.

I really don’t care for any soccer names, either.  The “Washington DC Football Club”, “Washington Capital City Football Club”, or “32FC” (whatever that means) are duds.  Soccer is called “soccer” here in the US.  Save those Euro names for a soccer team!

What to do?  Never fear, I spent all of fifteen minutes (!) thinking up a few alternate nicknames which I believe are more unique and, perhaps, better than the 37 names coming out of the NFL team’s office this week.

You may be the judge.

Washington Filibusters – This name accurately taps into the true nature of the nation’s capital.  Nothing says stalemates and hot air quite like filibusters.  This team will eat-up the clock!

Washington Congressionals – Like the Filibusters, this proposed nickname honors the 435 men and women in the House of Representatives and 100 Senators, too.  The football helmet would feature a logo of the Capitol Building and the word “CONS” underneath it.

Washington Supremes – Let’s not forget those nine (or is it 13 yet?) men and women who sit in judgment of the lower courts in America.  The legendary singing group would also be honored by this new nickname, too.  Plus, what referee would want to throw a flag on a team where the penalty (overturned by a judicial booth review during home football games) might also land you in a federal penitentiary?

Washington Gridlock – In addition to new congressional legislation taking forever to become law, locals and visitors to the nation’s capital know that the traffic-laden and terrifying 64-mile circular road known as I-495 is nearly undefeated in frustrating motorists.  Whether daytime or night, weekdays or weekends, the Capital Beltway will wear down all opponents!

Washington Monuments – This name obviously draws from the towering (555 feet) structure dominating the District’s skyline since 1848.   The monument denotes strength, endurance, and a permanent reminder of American history.  Unfortunately, using that particular monument’s logo on the team’s football helmet and midfield logo at the stadium, may appear to some as bearing a resemblance to the legendary single finger personal salute.  Perfect!

Washington Pandas – These cute lovable creatures at the National Zoo in DC are a huge tourist attraction.  Can you imagine how many Washington Pandas jerseys and merchandise would be on the holiday Christmas wish lists around the country?   Kids simply love pandas, and so do many women!  Sure, the name “Pandas” doesn’t strike fear into the psyche of most opponents, but the merchandising possibilities would make this name a financial winner!  Are you listening, Washington team owner Daniel Snyder?

Washington Bureaucrats – Why not consider naming the DC football team in honor of the thousands and thousands of local workers who strike fear into the rest of America?  The “Crats” (for short) can be IRS agents, FBI or CIA operatives, Federal Reserve officials printing money we don’t have for the next round of bailouts.   You get the idea!

Washington Debt Monster – With a known national debt of nearly $30 trillion and growing faster than the seas are rising, this red-ink clad team will be known for scoring (and scoring and scoring) as it also plays absolutely no defense.  However, it should live in fear of rising interest rates.  This nickname (which should also strike fear the minds of average Americans, too) is slated to be renamed to “Bankruptcy” at some point in the future.

Washington Wombats – My lovely wife suggested this unique new moniker.  In case you didn’t know, a wombat is a marsupial usually found in Australia and related to those cuddly koalas and springy kangaroos.  The animal is about 3 feet in length, weighs around 50 pounds, looks somewhat like a stocky bear, but he cannot climb a tree.  The Wombat, though usually quite docile and cute, does have a pair of impressive front teeth which might inspire fear in some football opponents such as Cowboys.

I can almost hear the DC fans getting fired-up before the opening kickoff now!  With apologies to ring announcer Michael Buffer, “Let’s get ready for Wombat Combat!