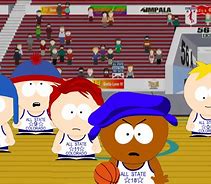 Wednesday night in Houston, the NBA’s Rockets took it on the chin once again at home.  The Utah Jazz (who should be forced to make a deal and give that name back to the rightful owners in New Orleans) drubbed the Houston Rockets 112-89.  Another 20+ point loss for Houston.

The good news?  Houston maintains its slim ½ game lead over the Minnesota Timberwolves for the NBA’s worst record this season with only thirteen games left in the NBA’s 2020-2021 season.

With a record of just 15 wins and 44 losses, this year’s Houston Rockets have everything in front of them to capture the best statistical odds of getting the first pick in this summer’s NBA draft.

For those lucky few fans who will actually pay for tickets to attend the game Tuesday at Houston’s Toyota Center, the starting line-ups for the two teams will be a lot of fun to watch.  Neither team wants to win this game with so much on the line.  The loser of the game might edge into the #1 slot for worst team in the league and have the best chance of grabbing the #1 NBA draft choice in June.

No matter how you slice it, this game is HUGE!

Regardless of whether Houston holds onto the #1 overall draft pick, this NBA team hasn’t even had a single first round draft choice since 2015 (Sam Dekker – who was traded three times and now plays overseas in Turkey).  The team’s former General Manager (Daryl Morey – who left Houston and now tinkers with the Philadelphia 76ers roster) was what some of us call a “deal junkie”.  He was never satisfied with the team’s composition and traded the team’s recent top draft picks away for veteran players such as Chris Paul (who lasted two years in Houston) and Russell Westbrook (one and done in Houston).

Never fear, Houston Rockets fans.  The team has been completely reorganized after Houston native Tillman Fertitta acquired the local pro basketball franchise in 2017 for $2.2 billion.   Most of the team’s upper management has been replaced along with the Rockets’ biggest star, James Harden.  However, it was James Harden who was the one literally begged to be traded after last season.  He received his wish and was shipped to the Brooklyn Nets in January, 2021.

The Houston Rockets are officially in the rebuilding mode.  The team set a franchise record with a 20-game losing streak earlier this year.  They have dealt away a few players and acquired two additional first round picks from Portland and Milwaukee.  With three first round selections this summer, the Rockets’ upcoming draft picks need to help restore this franchise into a contender once again.

The good news for Houston Rockets fans is history reflects that when the team holds the #1 overall draft choice, some legendary Hall-of-Fame players have been selected.  On the other hand, there have been many very questionable first round selections taken over the years, too.

Since the Houston Rockets are only able to sell their fans on a little hope for the future (and a lot of hype) with their first round pick this summer, let’s take a closer look at some of the team’s biggest draft successes and busts over the years:

I will rank the five Houston Rockets #1 overall draft selections in the team’s history:

When Houston does not hold the top overall pick in the NBA’s first round, the results haven’t been nearly as stellar.  Here are a few memorable Houston Rockets first round draft busts:

There’s no question that this year’s Houston Rockets must do whatever it takes over the final thirteen games of the NBA regular season to solidify the top spot in this summer’s draft.  When rival Minnesota visits Houston on Tuesday night, the franchise must put its worst foot forward to preserve the team’s slim half-game lead over the T-wolves.

“Introducing the starting line-up tonight for YOUR Houston Rockets…

At forward, from the Senior Center of North Houston, please welcome Grandpa Simpson!

At the other forward, from and using parts unknown, it’s Inspector Gadget!

At center, from the Canadian Yukon, please welcome Dudley Do-Right!

At the guard, from South Park Elementary, it’s Eric Cartman!

And, at the other guard, from Niagara Falls, step-by-step, inch-by-inch, it’s Curley Howard!”

I can’t wait for tip-off in Houston Tuesday night!