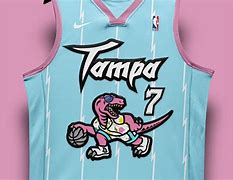 In case you haven’t noticed, the Toronto Raptors of the National Basketball Association are not playing any basketball games in Toronto this season.  Nope, they have been quietly toiling in Tampa, Florida.

I just learned that Major League Baseball’s Toronto Blue Jays have begun their 2021 season playing games in – wait for it – Dunedin, Florida!   To save you a trip to your map, Dunedin is just north of St. Petersburg, Florida (which is just across the bridge located west of Tampa).

With the lingering COVID pandemic, Canada is even more paranoid about the spread of the evil virus than here in the United States.  The Canadian government has extremely rigorous travel restrictions in place.  I mean, REALLY restrictive.

Below is what you must do if traveling via air into Canada.  This is according to the Canadian government’s own website:

To sum this up, you must reserve and pay for three nights at an approved hotel after your airplane arrives in Canada.  You must also pay for your own food, transportation, and your own special COVID-19 testing, too.

You might want to plan on spending at least $1000 (US) for this three day government mandated quarantine before getting to see the sights up in lovely Canada.

This is really wild.  Before you think that you can sneak out of there early, you better think twice!

If Dudley Do-Right of the Royal Mounted Police should be able to locate you, expect to be fined $3000/day.  But wait, there’s more!

According to the “Quarantine Act” and Canada’s “Contravention Act”, you are in deep trouble if your escape from the Quarantine Inn causes someone else to get sick.  Here is the law:

“If a person breaks mandatory quarantine or isolation requirements and causes the death of or serious bodily harm to another person, they could face a fine of up to $1,000,000, imprisonment of up to three years, or both.”

I’m now wondering if the US should consider hiring these guys to be in charge of the US southern border right now.  Just sayin’…

Back to sports, the NBA Toronto/Tampa Raptors are not faring well playing their home basketball games in Florida this year.  After winning their first NBA championship two years ago in 2019 and making the NBA playoffs for five consecutive years, Canada’s NBA Raptors are currently 20-30 and are languishing five games out of the NBA’s Eastern Conference playoff race.

For a pro basketball team whose motto has been “We the North”, this season’s journey into the warmer climate of Florida has melted this team’s playoff chances into the local swamps.

For baseball’s Toronto Blue Jays, the team is claiming that their move to play home baseball games in the Tampa Bay area is currently only scheduled to last into or through the month of May.

On the other hand, it could last longer.

As Americans already know, trying to out-guess the tricky COVID breakouts is pretty much useless at this point.  Just when you think things are improving, things change really quickly.

Based on the incredibly rigid stance of the Canadian government regarding incoming travelers, the Toronto/Dunedin Blue Jays might want to keep their hotel reservations in Florida on stand-by into June and beyond.

The team (currently 3-1 on the season) will play its home games at Dunedin, Florida’s Class A TD Ballpark which has a seating capacity of 5,509 non-socially distanced fans.   Based on a check of the Ticketmaster site, Thursday’s Florida home opener vs. the Los Angeles Angels will cost you anywhere from $66 to $168 to attend the game in this minor-league baseball park.

In Major League Baseball’s abbreviated 60-game season in 2020, the Toronto Blue Jays played its home games in Buffalo (without fans, of course).  The stadium was available as all minor league baseball teams (including Buffalo) were shut-down due to COVID complications.   This year, the Class AAA Buffalo Bisons will need their own home stadium soon in western New York.

This takes us back to Florida once again.

The Tampa Bay area is having a golden opportunity to “try out” for a future NBA franchise by welcoming the Toronto Raptors this season.  Meanwhile, the Blue Jays of Toronto are getting a chance to enjoy some additional springtime sunshine and beach time on the west coast of Florida for several more weeks.

Given the onerous restrictions which the Canadian government has placed on anyone trying to enter the country via air, it appears that these two major league sports franchises located to our north have done a remarkable job of dealing with a very difficult hand.