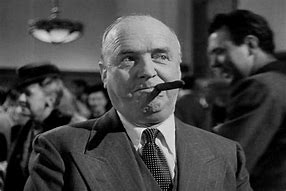 I have friends who have contended that the NBA (meaning the league’s hierarchy) purposefully tries to rig the outcomes every year in favor of “favorite” players and teams.  That’s why we seem to always find players like LeBron James, Michael Jordan, Larry Bird, and Magic Johnson in the NBA Finals so often.

If you have watched the National Basketball Association long enough, it doesn’t take long to see that the league’s designated stars tend to get a different treatment from the referees – especially during the playoffs.  Notice how quickly the referees will assign a foul to a nearby (and lesser known) player during a close play when the foul should have been called on one of the league’s most popular stars.

Most observers will agree on that point.

It makes economic sense for the NBA to try keep its most popular stars on the court for as long as possible to please fans and television viewers.   So, let’s concede the point that the NBA referees (who are hired and paid by the NBA) think long and hard about whether to assign the final foul on a player such as LeBron James or Stephen Curry in the late moments of any NBA game.  During the playoffs, the whistles and fouls called against the top stars nearly disappear.

Though it is slightly offensive to the average viewer who wants to see a properly officiated game regardless of the players or teams involved, the referee issue isn’t what today’s story is about.

This is about some shady transactions which have been taking place on and after the NBA’s March 25 trade deadline last week.

As expected, several pro basketball teams made a variety of legitimate trades and moves which may (or may not) help their cause in a push to the playoffs.

For example, the Dallas Mavericks (on the fringe of the Western division playoffs) cut a deal with New Orleans to add sharpshooting guard J.J. Redick to the Mavs roster in exchange for a few players and a future draft pick.  Whether this propels the Dallas Mavericks into a deep playoff run is debatable.

The Miami Heat (the defending NBA Eastern Conference champs who are struggling just to get into the playoff picture this season) sent a few lesser known players to the woeful Houston Rockets to acquire former All-Star guard Victor Oladipo.  For Miami, adding a 20 points per game scorer might be the boost they need to get into the playoffs.   For Houston, the Rockets are literally starting over again after trading James Harden to the Brooklyn Nets earlier this year.  They have been waving the white flag for months now.

Most NBA fans would say that trades like those two teams made last week sound legit and make sense to both teams involved in the deals.  Both teams are willing to give up something in exchange to get something they value more.  That’s called capitalism, and most of us would believe it sounds fair.

On the other hand, the NBA has seen a few head-scratching transactions in the past week where the motives of league itself should be examined a bit closer.

While a number of NBA teams made those last minute trades (something of value in exchange for something of value) with the hope of making the playoffs soon, other franchises suddenly decided to cut their payroll and dropped some veteran “star” players.  And where do you think those former NBA All-Star players have been landing?

If you guessed the Brooklyn Nets and the Los Angeles Lakers, you are correct!  Ding!

Several of these suddenly-discarded NBA stars on non-playoff teams have recently signed to play the remainder of this season on two of the NBA’s most likely finalists.

Is that simply good business on the part of Brooklyn and the Lakers or is something more nefarious at play right now?

How else do you explain that the Brooklyn Nets (which had already added former Houston Rockets star, James Harden, to the team in January) have quietly picked up two additional NBA All-Stars over the past week?

How does this happen?  How can the Nets afford to add two more NBA superstars who are being paid top dollar already?

The first piece was to get those veteran players released from their former team in a so-called “contract buyout” negotiation.  Blake Griffin’s contract with the Detroit Pistons called for him to earn $75 million for this year and next season.  According to sources, Griffin was willing to trim $13 million due from Detroit in exchange for being released to play elsewhere.

For San Antonio, the one-year contract with LaMarcus Aldridge cost the Spurs about $17 million this season.  According to a source, LaMarcus Aldridge was willing to forego $5.3 million in order to become a free agent immediately and sign with another team.

In both cases, Detroit and San Antonio were able to cut their costs and shed an expensive player by executing a contract “buy-out” deal.  In return, the two NBA All-Stars were free to negotiate a deal to sign with any other NBA team for the remainder of this year.

So, the Brooklyn Nets (playing in the NBA’s largest market of New York City) quickly gobbled-up both Blake Griffin and LaMarcus Aldridge.

How much money did the Brooklyn Nets spend on these two high profile “rental” players?

Both of these players were signed for the NBA’s minimum salary.  For two NBA All-Stars, the Nets will pay them a total of about $2 million.

In the immortal words of Saturday Night Live’s “The Church Lady”, “How conveeenient”!

But wait, there’s more!  Here yet another NBA conspiracy theory to ponder.

The Cleveland Cavaliers (with virtually no hope of making the NBA playoffs) just jettisoned one of their best players and one of the NBA’s best centers, Andre Drummond, last week.  He was averaging nearly 18 points per game and 14 rebounds per game, too.  The Cavaliers simply cut him loose after the March 25 trade deadline.

Why would Cleveland do this?

The Cavaliers saved current and future payroll dollars in yet another of these shady contract “buyout” deals.  Cleveland now goes enters NBA “tank” mode to purposefully lose as many gas as possible this year in order to secure a higher rookie draft pick.  The Cavs will then feature their lofty draft choice in an effort to entice fans to (once again) buy season tickets as the team’s rebuilding effort starts over once again.

Andre Drummond was being paid $28 million this season by the Cavaliers.  After he and his agent negotiated a so-called “contract buyouts” with this 2-time NBA All-Star center, Andre Drummond became a free agent last weekend.

Would you care to guess where Andre Drummond has signed to play for the rest of this season?

How much did this free agent acquisition cost the Lakers?  The team’s new “Rent-a-Center” will only cost the NBA minimum salary of $794,536 for this year.

The ecstatic coach of the Lakers, Frank Vogel, commented about his new star player this week, “I think he’s going to give us a big lift in the immediate future. He can dominate the game on both sides of the ball.  His physicality is something you have to account for.”

Vogel added, “I think our team got a lot better.”

Ya think, coach?  Yes, the good teams got much better, and the bad teams just keep getting worse.  That is the way of today’s NBA.

Why does the NBA (executives and franchise owners) encourage/allow the league’s best teams to keep raiding the best players on the league’s worst teams prior to the playoffs?

The NBA is quite aware that the National Football League recently agreed to a lucrative set of television contract extensions over the past few weeks.  The basketball league’s deals with ABC/ESPN and Turner Sports will expire during the 2024/2025 season.

In basketball terms, a full court press appears underway to give the NBA a boost to its flagging national television ratings.

Having a possible NBA Finals this year featuring an Eastern All-Star squad based in Brooklyn, New York playing against the defending champions from Los Angeles featuring LeBron James’ and his star-studded Lakers would almost guarantee significantly improved television ratings.

As covered on our site several times before, television ratings for the basketball league have been in decline the past year as many fans have been turned-off by political issues being pushed by the league and its players.

The NBA’s executives and ownership groups may believe that a timely ratings bonanza this summer featuring New York vs. LA in the NBA Finals might be just the ticket to help the sagging sports league regain its competitive footing again.

While some basketball viewers will be overjoyed to watch a couple of teams with a roster full of stars playing for the championship this year, there will be a growing body of fans who will be saying, “Hey, this really stinks!  I think the NBA is rigged”.

After observing the past week’s shenanigans within the NBA family, maybe they’re right after all.