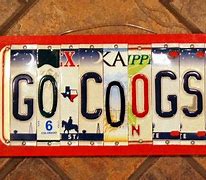 Houston’s professional sports teams are having a rather rough go this past year.  With the NFL Texans and NBA Rockets languishing near the bottom of their league standings and the Major League Baseball Astros still reeling from a baseball scandal, this sports crazy Texas city needed someone to step-up and show the way to help exit a lengthy sports draught.

For the first time in 37 years, the University of Houston Cougars will return to the NCAA men’s Final Four this Saturday after taking a tense 67-61 win over stubborn #12-seed Oregon State Monday night in Indianapolis.

It was a tale of two halves for the Houston Cougars.  After breezing to a 34-17 first half advantage, the Oregon State Beavers battled back in the second stanza and slowly chipped into the Houston lead.  The Beavers changed defenses in the second half and confused the Houston offense for the final ten minutes as the team battled back to tie the Coogs at 55 apiece with just over three minutes left in the game.

Houston-area native Quentin Grimes then canned a long 3-pointer and added a couple of free throws to finally wake up the Cougars offense and seal the victory.   With the win, the Houston Cougars joined the legendary high-flying Phi Slama Jama teams of the early 1980’s as the last U of H basketball team to advance into the Final Four.

Those Houston Cougar teams were loaded with incredible individual talents.  Future NBA Hall-of-Famers Hakeem Olajuwon and Clyde “The Glide” Drexler were exceedingly rare talents.  In 1982, 1983, and 1984, the Houston Cougars reached the NCAA Final Four three straight times.   Unfortunately, that talented group of basketball players lost to North Carolina, then North Carolina State, and finally Georgetown as they left town each year without the championship trophy.

Longtime head basketball coach Guy V. Lewis, who was also known for flinging, wringing, and chewing on his unusual bright red and white polka dot towel while sitting in his courtside chair on the sidelines, had 27 consecutive winning seasons in leading the Cougars for thirty years through1986.

During the 1960’s, another Houston Cougar basketball legend by the name of Elvin “The Big E” Hayes would carry Coach Lewis’ team into the NCAA Final Four back in 1967 and 1968.   Those two teams lost in the national semifinals to eventual champion UCLA in both of those years.  Elvin Hayes would play pro basketball and became an NBA Hall-of-Famer, too.

After Lewis retired, the University of Houston basketball program seemed to fade into retirement, too.  The school’s former affiliation with the Southwest Conference ended in 1996.  When that occurred, Houston was not invited to join other SWC teams in the newly-formed Big 12 Conference.  The Cougars joined the fledgling Conference USA in 1997 and remained through 2013.   The basketball program floundered for much of that period.

In 2014, the University of Houston joined the new American Athletics Conference.  By this time, the Cougars basketball program also started to show signs of coming back alive, too.  The school hired Kelvin Sampson to become the new head basketball coach.

At IU, Sampson orchestrated a sudden turnaround of the school’s basketball program during his first year as coach.  Unfortunately, the university quickly learned that the NCAA was investigating several possible recruiting violations under the new basketball coach.  Less than two years after he was hired at Indiana, Kelvin Sampson abruptly resigned in 2008 and took a new job as an NBA assistant coach.  Months later in Bloomington, Indiana, the Hoosiers men’s basketball team was given a three year NCAA probation for alleged violations during the brief reign of coach Kelvin Sampson.

After three years with the NBA’s Milwaukee Bucks, Sampson took another NBA assistant job in Houston with the Rockets in 2011.   After three more years as an NBA assistant, Kelvin Sampson agreed to accept the job of becoming new head coach of college basketball’s Houston Cougars.

Since 2014, the Houston Cougars have continued to climb the ladder of basketball relevance once again with the now-65 year old Sampson at the helm.  The University of Houston athletics program has now upgraded the team’s practice facilities and spent another $60 million to renovate 50-year old Hoffheinz Pavilion (now known as Fertitta Center).

Under Sampson’s leadership, the Cougars basketball program has won 20 or more games every season since 2015.  This year’s team is currently 28-3 and heading into the NCAA Final Four this weekend once again for the first time since 1984.

Unlike U of H basketball teams during school’s glory years, this season’s talented team does not feature a likely NBA first round pick.  Unlike those prolific scoring teams of yesteryear, this version of Houston Cougar basketball is built on Sampson’s trademark tough defense.

Houston allows opponents just under 57 points per game.  That ranks the team 2nd in the country in scoring defense.  Houston ranks eighth nationally with over eight steals per game.

Maybe we should refer to this year’s Houston Cougars team as “Kappa Shut Udowna!”

On Saturday, the defense-minded Cougars will face the nation’s sixth highest scoring team when they encounter Baylor in their semifinal game.  The 26-2 Bears from Waco, Texas are averaging 80 points per game and scored 81 on Monday night in their eight point victory over Arkansas.  Baylor will be making their first appearance in the men’s Final Four since 1950!

So far in this year’s NCAA tournament, Houston’s defense has allowed only 56, 60, 46, and 61 points in their first four games.  That’s just 54.5 points per game allowed.   Baylor, though, has rung the bell at 100 points or more three different times during the regular season.

Saturday’s national semifinal will feature a classic showdown between two teams with totally different methods of being successful on the basketball court.

As Kelvin Sampson’s Houston Cougars attempt to bring home their first men’s national championship to the university, he must take great pride in knowing that this basketball team has already wildly succeeded.

The University of Houston and its home city with millions of fans have come together to celebrate a renewed success of this nearly forgotten sports team once again.