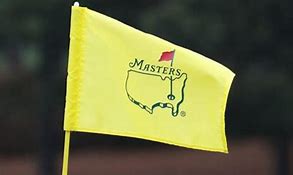 Yes, after being delayed until November last year in the forgettable year called 2020, The Masters golf tournament is teeing-up again today as it returns to its rightful April slot in 2021.

Though Dustin Johnson lit up the scoreboard with a record-setting 20-under par total back in November, I think his score should receive an asterisk, too.  The course conditions at Augusta National Golf Club were not the same as he will find today.  The golf course was soft, the winds didn’t blow, and the fans were totally absent.  Make no mistake, DJ was the best player in the field that week and was quite deserving of his Green Jacket.

Now that we have 2020 in our rear view mirror (Hal-le-lu-jah!), The Masters has returned to usher in springtime for Americans once again!

Here are ten predictions for what to expect this week in Augusta, Georgia:

Yes, the winner of this year’s Masters will have great skills and be the beneficiary of a lot of fortunate breaks this week.  It happens every year about this same time.

After all, it IS “A tradition like no other!”