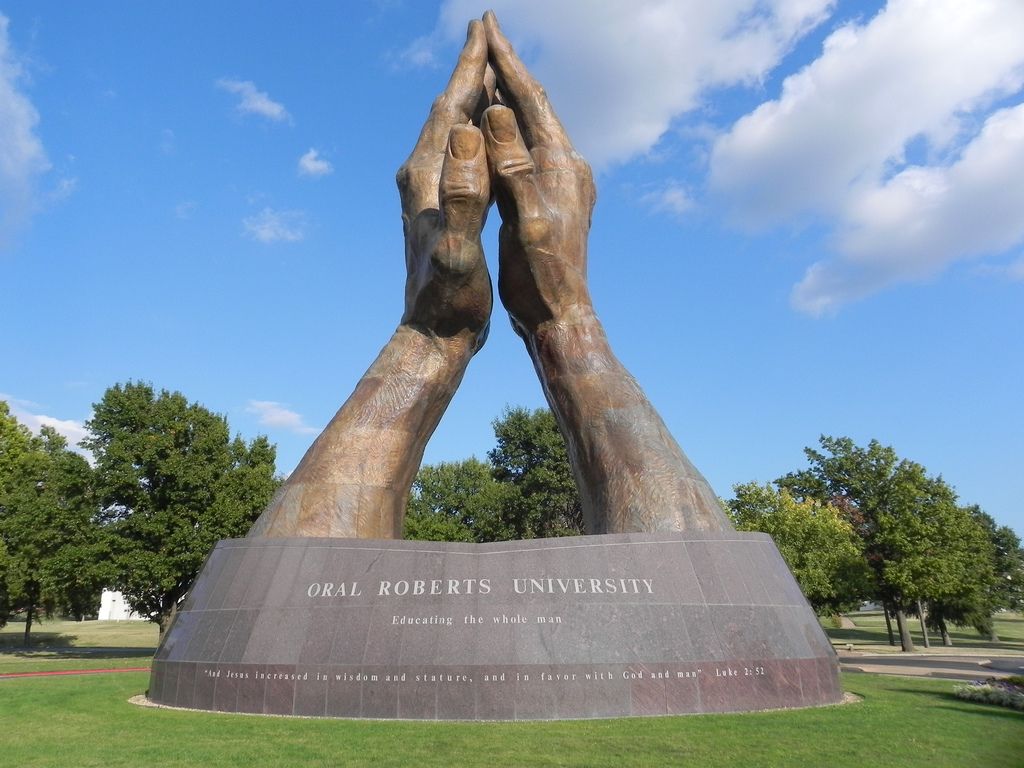 She’s ba-a-a-a-ck!  Yes, the best known college basketball fan in the land is back at the NCAA March Madness men’s tournament cheering her favorite team on to victory once again.

Sister Jean is now a spry 101 years young and arrived in Indianapolis in the nick of time to lift up her favorite team in prayer this past weekend.  The Loyola University – Chicago Ramblers came into this year’s tournament with a #8 seed in the Midwest Region.  And, just like they did three years ago, the Ramblers have beaten some big conference powers already.  They surprised ACC tournament champ Georgia Tech in Round 1 and then knocked off Big Ten bully and the region’s #1 seed, Illinois, Sunday afternoon.

The 71-58 win by Loyola-Chicago over top seeded Illinois wasn’t really that close.  The Ramblers played with far more poise than their in-state rivals.  For a team which had been ranked #1 in the nation for several weeks this season, the Fighting Illini are heading home after being ambushed at the pass by Sister Jean’s inspired team.

Three years ago, the Loyola-Chicago Ramblers burst onto the national stage being led by then-98 year old Sister Jean.  The men’s basketball team from Chicago’s Catholic university is once again being spiritually led by Sister Jean from the Sisters of Charity of the Blessed Virgin Mary.

With Sister Jean’s prayers and fervent support, even non-basketball fans from around the heard about Loyola-Chicago and their forever-young long-time fan.  Three years ago, Loyola-Chicago advanced into the 2018 Final Four for the first time since 1963 only to lose to Michigan in the semifinals.   By the Final Four three seasons ago, Sister Jean bobblehead dolls were sold for as much as $300 on EBay!

Now, just three years later, the now 101-year old Sister Jean (who has received her COVID vaccines) was escorted into an Indianapolis gymnasium over the weekend to help support her favorite team again.   In Sunday’s second round game against the much-overhyped Illinois Fighting Illini, Sister Jean (who is also the team’s chaplain) led the pregame prayer.

She confidently offered a bit of pre-game coaching advice to the team as well!  She prayed, “As we play the Fighting Illini, we ask for special help to overcome this team and get a great win. We hope to score early and make our opponents nervous.  We have a great opportunity to convert rebounds as this team makes about 50% of layups and 30% of its 3 points. Our defense can take care of that.”

She is right about the Loyola-Chicago defense!  The Ramblers are ranked #1 in the country by holding their opponents to a paltry 55.8 points per game.   More importantly, the Ramblers average margin of victory has been 15.7 points per game – which is good for #5 nationally.

Translated – Loyola-Chicago is no fluke.  This team is a defensive monster and has no trouble scoring points at the other end of the court.

Meanwhile, in Tulsa, Oklahoma, the local media usually gives most of its coverage to Oklahoma State (now gone from March Madness); Oklahoma (they’re outta here) and the University of Tulsa (which didn’t make this year’s tournament).  Even in Tulsa, Oral Roberts University of the Summit League usually gets short-changed in media coverage.

The school located in south Tulsa was founded in 1963 by evangelical leader Oral Roberts.   Roberts was best known for his series of televised evangelism programs which began airing around the country in the late 1950’s.  The televangelist (who was best known for the phrase “Expect a miracle”) remained on the air for nearly four decades before passing away in 2009 at the age of 91.

Oral Roberts University features several unique architectural structures.  Visitors to the Tulsa campus will be greeted by a giant bronze sculpture featuring a pair of 60’ praying hands.  The ORU 11,000 seat multi-purpose basketball arena is ringed in a gold color on the outside.

Visitors to ORU will also find a 200’ prayer tower right in the center of the campus.  The prayer tower became nationally famous in the spring of 1987.  After a national fundraising drive for scholarships was a few million dollars short of its goal, Oral Roberts told supporters that he would lock himself inside the prayer tower to pray and fast until “victory comes or God calls me home.”

Public interest grew quickly as some feared that the famous evangelist might be considering suicide in the prayer tower.  The national media showed-up in Tulsa to cover the story.  Fortunately, a single donation of $1.3 million helped to reach the financial goal and coax the evangelist to come back out.

The Oral Roberts University men’s basketball program would burst into national prominence in the 1970’s.  The Titans (who changed their nickname to Golden Eagles in 1993) made it all the way into the Elite Eight in 1974 after winning games over basketball powerhouses Syracuse and Louisville before falling to Kansas in the NCAA tournament.

Fast forward to 2021, ORU (now 18-10) returned to the NCAA March Madness tournament as a South Region #15 seed.  In the first weekend of play, they surprised heavily favored #2 seed Ohio State in Round 1 and then dusted #7 Florida 81-78 in Sunday’s second round play.  Even the hometown Tulsa media can’t ignore the Oral Roberts Golden Eagles now.

Oral Roberts’ sophomore guard Max Abmas is the nation’s leading scorer this season with a 24.5 points per game average.  Though just 6’1” and weighing 165 pounds, this dynamic scoring machine has been on fire during the NCAA tournament, too.  Abmas poured in 29 points against the Buckeyes and 26 points versus the Gators over the weekend.

Looking ahead to next weekend’s Sweet Sixteen, Oral Roberts will next square off against #3 seed Arkansas.  The Razorbacks narrowly dodged elimination this weekend after a 2-point win over Texas Tech.  Earlier this season, ORU lost to Arkansas by eleven points (87-76) in Fayetteville.  This repeat match-up will have a lot more riding on the game.

As for Sister Jean’s Loyola-Chicago Ramblers, the third round of the tournament will feature a match-up with upstart #12 seed Oregon State.  The Pac-12 Beavers have been gnawing through opponents en route to winning the Pac-12 tournament and then upsetting #5 seed Tennessee and #4 Oklahoma State in March Madness tournament play.   Loyola’s #1 ranked defense will need to apply another 40 minutes of pressure to shut down those pesky Beavers next weekend.

With Sister Jean’s tailor-made pregame prayers on behalf of her Loyola-Chicago men’s team and a prayer tower filled with people in south Tulsa pulling for yet another Oral Roberts miracle next weekend, the other 14 teams in this year’s men’s Sweet Sixteen might want to consider upping their prayer games – soon!