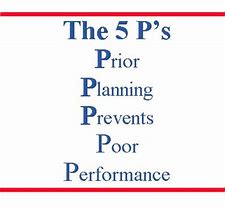 If you are over the age of 40, you may have heard the phrase called “The 5 P’s” at some point of your life.  You may have heard this phrase on the job, in the military, in school, or, perhaps, from a coach.  These five words are used to motive people to focus intently on the task at hand.

In my case, I first heard this unique reminder at age 20 from one of the best radio broadcasters I have ever worked with.  It was a reminder to me and the other staff announcers that you should really think about what you wanted to say in advance of opening the microphone.  Make your words brief but worthwhile to the listeners.  It was terrific advice!

This week, the expected retirement announcement from the New Orleans Saints legendary and Super Bowl winning quarterback, Drew Brees, finally arrived.  The 42-year old Brees had baffled some media types by not hanging up his cleats a few weeks earlier.

Brees acknowledged that some recent football injuries (a severely injured thumb two years ago and then broken ribs this past season) and a desire to spend quality time with his young family were the primary factors in leaving pro football after twenty seasons.

Drew Brees will be joining the NBC Sports broadcast team this fall to become an analyst during Notre Dame college football games and on the network’s Sunday Night NFL pre-game show.  He plans to prepare for his new job the same way as he played football.

“I still get to eat, breathe and sleep football — just in a different way,” he said.

After 20 years on the field, Drew Brees has earned the right to retire while he is relatively healthy and will now wait for his phone to ring from the Hall-of-Fame in five years.  He’s earned that honor, too!

To me, a more interesting part of this week’s Drew Brees retirement announcement was his admission to the press about his high level of preparation for each season and, more specifically, in each game he played.

The 42-year old Brees was a throwback quarterback who looked more like a quarterback from decades earlier.  He is of average height (6’) and always looked lighter than his listed playing weight of 209 pounds.   Though he was fairly quick afoot, Brees was able to survive for twenty years in the NFL by not trying to run for first downs unless it was the last available option.

So, how was Drew Brees able to survive and thrive in the NFL for the past two decades as one of the smallest quarterbacks in the NFL?

He simply worked and prepared harder than most other players at his position.  Drew Brees’ determination, focus, and work habits helped him to become “Mr. Consistency” as a standout NFL quarterback and team leader.

Drew Brees wasn’t just the first guy to practice and the last one to leave.  He would spend endless hours with his coaches during film sessions evaluating his in-game mistakes while looking for any weakness in the defense of the upcoming week’s opponent.  As a quarterback with limited physical size, Brees worked hard to become the most accurate passer in the NFL.

Drew Brees is ranked #1, #2, and #3 in the NFL record books for the best completion percentage by a quarterback during a regular season.  His 74.4% completion percentage in 2018 is just slightly ahead of his 74.3% rate in 2019 and 72% in 2017.  Another Brees record was throwing at least one touchdown pass in 45 consecutive games, and he did that twice over his lengthy NFL career!

Incredibly, Drew Brees passed for over 4,000 yards in an NFL regular season (an average of 250 yards/game for a 16-game season) in twelve consecutive years.  Yes, it’s an NFL record, too.

This brings us back to those 5 P’s.  Let’s start with the first two.

Drew Brees epitomizes the phrase “prior preparation”.   Here’s what he had to say at his retirement press conference this week:

Brees became the Saints leader on the field by virtue of his meticulous work ethic in the offseason and then in preparation for every single game he played.

“So my preparation was always the same. It was always consistent. I always wanted to put my absolute best on the field every time out.”

The final three words of our phrase that pays is “prevents poor performance”.

Drew Brees’ offensive records are one thing, but the Saints retiring quarterback will be remembered most for being a consistent winner on the field.

Prior to coming to the New Orleans Saints, the team was one of the worst teams in the NFL.  After debuting in 1967, the Saints didn’t make it into the playoffs for their first twenty years!

Over the 19 years from 1987 until Drew Brees and coach Sean Payton arrived in 2006, the Saints finally made it into the playoffs five times and had won just a single playoff game (in 2000 vs. the Rams).

After Drew Brees signed with the Saints 15 years ago this week, New Orleans made the playoffs in nine of those years (including winning the NFC South in Brees’ final four seasons).  Even in a few mediocre years, the team won at least seven games every season during the Drew Brees era in New Orleans.

The first and only Super Bowl appearance by the Saints in 2009 resulted in a triumphant win for the team, the city of New Orleans and the entire Gulf South region.   Personally, I don’t think the party in the French Quarter has ever stopped since that win.  And, yes, Drew Brees was the Super Bowl MVP in that season, too.

Drew Brees’ time in New Orleans will be forever etched into the hearts and souls of the WhoDat Nation.  His years with the Saints were filled with great teams and pleasant memories.

From our tears of happiness in watching the Saints charge back onto the Superdome turf in September, 2006 (one year after the disaster of Hurricane Katrina) to the team’s improbable Super Bowl triumph in 2009 to the consistent year after year of playoff appearances for his final decade, Drew Brees has been the undisputed team leader for the New Orleans Saints and the football team’s growing fan base.

We’re all going to miss seeing #9 trotting onto the field this year for the Saints.

If the Saints players really want to honor Drew Brees on the field this year, his former teammates might want to practice those “5 P’s” that rhyme with Drew Brees.