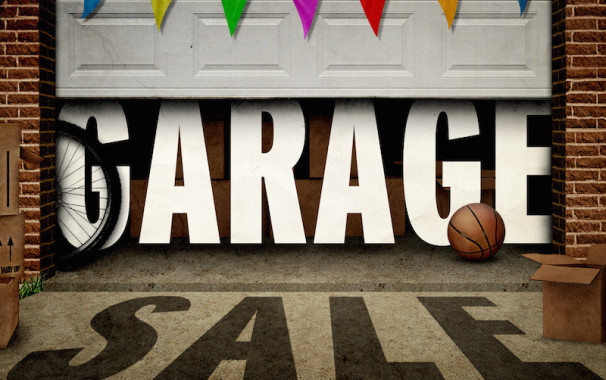 It’s nearly springtime in the Houston area.   That means it’s time to start cleaning-out your garage and clear-out anything you won’t need for the upcoming summer.

For the Houston Rockets, this year’s garage sale has started early and will continue in the weeks ahead.  By March 25 (the NBA’s trade deadline), it’s possible that most people will not recognize the Houston Rockets basketball team roster from just one year ago.

With the team mired in a 16-game losing streak (and counting), this season’s Houston Rockets are perfecting the art of “tanking” to improve the team’s draft position once this season mercifully ends.   Houston hasn’t won an NBA game since February 4!

As of the writing of this article, the Rockets have only 11 wins this season (11-25) and have dropped into the #3 draft selection spot.  Only Minnesota (8 wins) and Detroit (10 wins) are ahead of Houston as the competition heats up for the worst record in the NBA (and the statistically-likely #1 pick in the next player draft).

For a city whose basketball team has not endured a losing season since 2005, this woeful 2021 version of the Houston Rockets has been surprising to fans accustomed to winning.   Rockets fans have been famous in preserving the team’s “Clutch City” mantra after winning back-to-back NBA championships in the mid-1990’s.

How did the Rockets go from a perennial playoff contender (44-26 last year) to a bottom dweller in one year?

“When we get back and we are healthy, in a position where will have enough guys to compete, we are going to be just fine.  Once we get healthy, we’re gonna be good.  I believe that.”

Sorry, Coach.  The odds on the Easter Bunny being real are higher than the Rockets current chances of getting into the NBA playoffs this year (.1%).

Statistically speaking, the Houston Rockets are, quite literally, the team that can’t shoot straight.

The NBA stats show Houston (which takes an average of 40 long-distance shots every game) is also the worst 3-point shooting team in the league.  The Rockets are hitting just 32.6% of their long-distance attempts.  By comparison, the Los Angeles Clippers (with a record of 25-14) are converting 42% of their shots from long-range.

Instead of taking so many 3-point shots, it might be time for the Houston Rockets to reconsider their former long-distance strategy at least until the team acquires more accurate shooters.

Things aren’t permanently bleak for the Houston Rockets, though.  In return for sending James Harden to the Brooklyn Nets, the team gets the Nets’ first round picks in 2022, 2024, and 2026.  In addition, there are a series of pick swap options with Brooklyn which might bring Houston a gem or two.

As mentioned earlier, the NBA’s trade deadline is coming up on March 25.  In the next week or so, NBA insiders expect the Houston Rockets to unload a number of their remaining veteran players – especially any with overpriced contracts.  Given Tillman Fertitta’s inability to sell enough tickets during the pandemic restrictions at Toyota Center, his wallet may be in desperate need of a little relief.

Houston’s entire team rebuilding project (management and team) is now moving ahead at warp speed.  If you are a Houston Rockets fan, it’s time to exercise a lot of patience.

As a classic pop hit reminds us, “I think it’s gonna be a long, long time!”