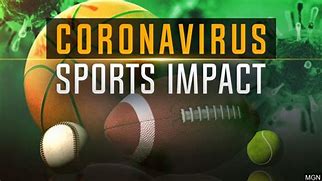 We’re just about at the one year mark since the COVID 19 virus started to affect everyday life in America and abroad.  One year later, we are ready for it to vamoose.  Pronto!

As I pondered how many times we all have been wrong on so many issues (both pessimistically and optimistically), it might be interesting to stop and assess how things have changed in various sports during the past twelve months.

NFL – Just like last year at this time, the Super Bowl has been played and the NFL was able to complete their entire season.   The NFL, though, had the benefit of about six months of time to watch and learn from other sports whose seasons were already in play.   The NFL’s biggest changes had to do with little or no fans allowed in the stands during the games.  Since football fans are packed into stadiums like sardines in many locations, the thought of sitting next to a total stranger who may or may not be spreading the virus was never a good idea last fall.

Financially, the pro football league and its players had agreed before this season to spread any 2020 pandemic-related revenue shortfalls over a four year period beginning this fall in 2021.   The league left the 2020 salary cap at $198.2 million, though.

The NFL and the players agreed that, for 2021, each team’s salary cap was projected to be no less than $175 million.  As it turned out, the new 2021 NFL salary cap was announced late last week to be set at $180 million for the upcoming season.

One report projected that the NFL would lose about $5 billion in 2020 due to the inability to host their historical average number of fans in the stadiums.  Teams lost revenue from tickets, parking, concessions, and sales of game-day trinkets at team stores.  Some teams (like Dallas and Las Vegas) were expecting upwards of a 50% drop in team revenue while smaller-market teams such as Buffalo or Cincinnati might experience a 33% decline in home team revenues.

SwampSwami’s NFL Report Card: B  The NFL, with a couple of early bumps, was able to play and conclude its season during the normal period.  Though the league had no preseason games (yes!), the level of play in the first few weeks was a little shaky (as expected).  COVID catastrophes were averted, but the empty stadiums were a bummer.  Nicely done, NFL!

NBA and NHL – First, we should cut the professional basketball and hockey leagues a lot of slack when evaluating how they have performed over the past year.  Though professional sports leagues had dealt with national emergencies before (such as the San Francisco World Series earthquake in the 1980’s or the aftermath of 9/11), the unknowns about the Coronavirus outbreak made everything dicey.  Wisely, both the NBA and NHL called a “time out” to assess the players’ medical risks on whether to continue play after 3/4 of their respective regular seasons had been completed.

NBA – The pro basketball league suspended play on March 11, 2020 and didn’t resume again until July 30.  The league spent millions of dollars to set-up a “bubble” basketball arena environment in Orlando’s Disney World where the eligible teams would play their remaining games without any fans.  Though players were (essentially) playing in an empty barn, the NBA did a very good job of creating an illusion that the games were being played with fans watching, home-team logos on the court, organ music playing, and even an arena PA announcer.

The league designed a creative eight game race to the finish to (a) allow the players to get back into shape and (b) determine the 16 playoff teams.  Where the NBA stumbled was not realizing that American basketball fans had little interest in its lingering and traditional best-of-seven game playoff format being played during August, September, and October.  A best two-of-three series format (with, perhaps, a best three-of-five final) would have kept fans more interested.   Ultimately, the Los Angeles Lakers took home the championship on October 11, 2020.

SwampSwami’s NBA Report Card: D  The NBA, in hindsight, should have just cancelled the end of its basketball season without a champion.  Resuming play in late summer and then not adjusting its playoff format was a mistake.  Quick – can you remember who the Lakers beat last year in the Finals a few months ago?  Answer:  Miami.  Really?

NHL – Similar to the NBA, the hockey league shut down in early March, 2020 and eventually resumed with its playoffs on August 1.  Unlike the NBA, the league utilized two existing facilities as “hubs” in Toronto and Edmonton in Canada with no fans allowed.  Ironically, the hockey league’s finals played in Canada featured two American teams with Tampa Bay skating to a 4-2 series win over Dallas to grab the Stanley Cup on September 28.

SwampSwami’s NHL Report Card: D+  Though the hockey league (like the NBA) should have simply cancelled the remainder of their season, they were unwise to have lengthy playoff series’ during the late summer when fan interest was already minimal.   However, the league was wise to not spend a fortune building new “bubble” facilities like the NBA did in Orlando.

Major League Baseball – The traditional spring training camps of baseball came to a screeching halt in early 2020.  Instead, the league began an abbreviated 60-game season (down from the normal 162 regular season games) on July 23 and concluded on September 27, 2020.  This seemed like a very good concept to set-up a sprint to the finish line.

In addition to games being played sans fans, non-players were required to wear masks in the dugout and bullpen at all times and (gasp) there was no spitting or chewing tobacco permitted (though chewing gum was OK).  No celebratory contact (high-fives, fist bumps, hugs, etc.) were allowed during the games.  Interestingly, the MLB players were paid a full prorated portion of their 2020 salary based on games played (or about 37% of full-season pay).

SwampSwami’s MLB Report Card: C-  Baseball simply waited too long to get its act together.  Though the compressed 60-game season had merit, the first games should have started by no later than July 1.  The sports world was hoping baseball would take the summertime stage first, but the negotiations about pay and logistics slowed things down.  I would have given it a D+ but the elimination of players’ spitting added ½ point!

Golf – In the beginning stages of the pandemic last winter and spring, the professional golf tours also cancelled play in early March, 2020.   The men’s PGA Tour quickly scrambled and allowed golfers to return to the course (with COVID precautions) beginning in mid-June, 2020.  The LPGA, though, didn’t return to action until late July.  Unfortunately, several late season ladies’ tour events were cancelled after the season resumed.

Back to the men, the Masters was rescheduled from its normal April playing date until November.  The ratings fared poorly against competition from college football and the NFL.   Bryson DeChambeau’s newfound girth and distance off the tee became a talking point after the season returned as he also grabbed his first major at the US Open.

Professional golf’s television ratings remained solid in 2020 despite the lack of in-person attendance.  In fact, many of us liked the ability to see the nuances of the golf course better without thousands of fans crowding around and yelling things like “Get in the hole!” on nearly every shot.  Ahh – much better!

SwampSwami’s Golf Report Card: A  Of the major televised sports in the US, professional golf had the least which had to be changed except for keeping fans away from the action.  As stated earlier, the unexpected bonus was allowing television viewers a better glimpse of the golf course layouts.

Of all the sports rated, golf was the one televised sport where I felt the least likely to be reminded that we were still in a global pandemic.