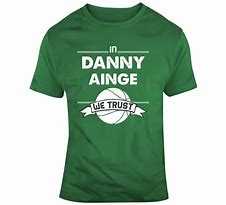 If you are a long-time fan of the NBA’s Boston Celtics, you are accustomed to seeing a competitive basketball team on the court nearly every season.

Historically, the Celtics have won an incredible 17 National Basketball Association championships.  Legendary coach and General Manager Red Auerbach built a basketball empire on the parquet floor of the Boston Garden.

The Bill Russell-era Celtics totally dominated the sport during the 1950’s and 1960’s by winning the league in 11 out of 13 seasons.

In the 1970’s, Boston took home two more NBA titles led by John Havlicek and a cast of unselfish contributors.   The Larry Bird-era Celtics of the 1980’s would see Boston win three more NBA crowns as the team never missed the playoffs during that decade.

Since 1987, the Boston Celtics have morphed back into a merely average NBA franchise.  The 1990’s brought long stretches of non-playoff years for the team. The last championship banner raised in Boston Garden came in 2008 during the Paul Pierce era.

There is one bridge linking the Boston Celtics’ championship glory years of the 1980’s and their most recent championship team in 2008.

His name is Danny Ainge.

Coming out of high school in Oregon in 1977, Danny Ainge was a true two-sport athlete.  In addition to signing a basketball scholarship to play for Brigham Young University, Ainge was also considered to be a hot baseball prospect.  While enrolled at BYU, Ainge would play basketball for the college team in the winter but signed a contract to play during the spring and summer for professional baseball’s Toronto Blue Jays.  He would make the team’s major league roster as a utility player in 1979.

Ainge completed a stellar college basketball career at BYU in 1981 and averaged nearly 25 points per game as a senior.  When the Boston Celtics selected Danny Ainge in the second round of the 1981 NBA player draft, the Celtics would later buy-out his baseball contract in Toronto.

Danny Ainge had decided to make his mark in professional basketball with none other than the world-famous Boston Celtics.

A three-point shooting specialist, Danny Ainge became a key performer on the Celtics’   championship teams of the 1980’s.   It didn’t hurt to be playing on the same team with future Hall-of-Famers Larry Bird, Kevin McHale, Robert Parish, Dennis Johnson, and Bill Walton, either!

After his playing days ended, Danny Ainge entered the television broadcasting booth and provided color commentary for NBA games on Turner Network Television for one season.

He then tried his hand at coaching.  In his late 30’s, the relatively young Ainge would take over the struggling Phoenix Suns in 1996 and lead the team to the NBA playoffs in each of his three seasons as head coach.  The Suns won 60% of their games with Ainge as the team’s coach.

Suddenly, though, Danny Ainge quit the NBA coaching profession.  Ainge, a lifelong Mormon, decided to walk away from basketball after he began to feel as if he was a hypocrite.

“I just lost touch with everything,” he said. “All my life I’d preached balance and priorities, but basketball had consumed me. There are so many wonderful things going on in life — family life with my children, my friends — that I didn’t even know I was missing out on.”

After taking a few years off to spend more time with his family, Danny Ainge once again returned to the Boston Celtics organization.  In May, 2003, he was named the team’s General Manager and in charge of basketball operations for the team.

Danny Ainge helped to rebuild the Celtics into a competitor around long-time fan favorite, Paul Pierce.  He traded away several players in order to bring two “hungry-for-a-title” free agents to Boston.  After grabbing big man Kevin Garnett from Minnesota and sharpshooting guard Ray Allen from Seattle, everything started to click again for the Boston Celtics in winning the 2008 NBA title.

For all of his daring moves in rebuilding the team, Danny Ainge was named the league’s Executive of the Year.  Ainge credited the players’ willingness to sacrifice for the benefit of the team as the key reason for Boston’s reboot.

“And they did it the way (Red) Auerbach would have wanted it done. They played unselfishly.”

In Beantown, Celtics fans were proclaiming, “In Ainge, we trust”.

Thirteen years later, Danny Ainge remains the General Manager of the Boston Celtics.  He added a successful college head coach Brad Stevens to lead the team in 2013 in an effort to revitalize the team with his fresh perspective on coaching.

Though Boston remains a competitive NBA team most seasons, Celtics Nation has been growing restless for several years.  They want their beloved basketball team to be better than “pretty good” most seasons.

Dealmaker Danny Ainge made a few more “big deals” over the past decade.  Most have crashed and burned.

Remember Kyrie Irving?  Thankfully, he’s gone after two long years and has become Brooklyn’s head case today.  What about Gordon Heyward?  After spending megabucks on the former Utah forward, Heyward was injured early and often in Boston and never returned to form.  Hayward is now playing in Charlotte.

Ainge may have lost his vaunted Celtics’ leprechaun touch in pulling the right strings to bring in the right type of free agents in Boston.   A consolation prize is that the Celtics GM has found creative ways to gain additional first round draft picks to stockpile young talent on draft nights.

And so it goes.  Boston has significant team talent and a smart coach, but a championship caliber squad has yet to gel.

With nearly half of the current season completed, Boston (which was picked by some to be a top contender this year) is languishing once again.  In the past week, the team blew a 24-point third quarter lead in losing to New Orleans.  Last night in Dallas, the Celtics allowed NBA All-Star Luka Doncic to knock down two 3-point shots in the final 15 seconds in yet another loss.  Boston slumped below .500 at 15-16 for the season.

Last weekend, Danny Ainge exposed his own frustrations publicly and blamed himself for Boston’s inability to put the right pieces together to reach the NBA’s pinnacle once again.

“Our roster obviously is not good,” Ainge said. “There’s no if’s, and’s or but’s about it. That’s who we are…If there’s somebody to blame, this is Danny Ainge to blame. This is not (coach) Brad Stevens. It’s not (players) Jayson Tatum or Jaylen Brown. It’s not good enough right now. And we all know that. And, you know, we need to get better.”

As a player in college and in the NBA, Danny Ainge was always a fiery.  He also played on a few championship teams so he should know what the real problems in Boston really are.

The current roster of Boston Celtics players (like most of the NBA) is filled with wealthy young men who play with more concern about individual achievements (and building an investment portfolio) than in winning a team championship.  NBA title contenders play like champions for the entire regular season so that they are ready even tougher battles in the playoffs.

In my opinion, these Boston Celtics have more talent than Danny Ainge believes.  The majority of his roster simply isn’t willing to play hard enough every single night to compete for an NBA championship.

Flashes of individual brilliance won’t win a title in Boston or anywhere else in the NBA.  The great Celtics championships of the past had an abundance of individual talent, a deep bench, but, more importantly, those teams had a deep rooted desire to do whatever it took to win every single night of the season.

Many of the players who come into the NBA in recent years after just one year in college have not learned the teamwork skills necessary to compete for a bigger team goal.  From an early age and through high school, too many young basketball players are only in it for the stats, the glory and, ultimately, the big money.  If a player’s highest personal goals do not begin with winning a team championship, how can you expect him to sacrifice for the benefit of the rest of the team when he believes that a bigger paycheck is based on his personal stats?

Like Michael Jordan and LeBron James both learned, the most prolific individual talent in the NBA cannot win a team title without sacrificing some personal stats in order to get the maximum contributions from his teammates.

Here’s a hint to Danny Ainge.  Identify who your biggest “stat stars” are and trade them away.  Then go sign two or three hungry veterans who will do whatever the coach needs him to do in order to compete for a championship.  Make it a roster of talented “team guys” and give it another try.