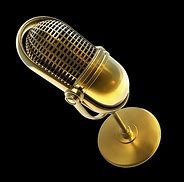 When people discuss sports figures who might be the “Greatest of All Time” (GOAT), names like football’s Tom Brady, boxing legend Mohammed Ali, hockey’s Wayne Gretsky, and golfer Arnold Palmer come to mind in their respective men’s sports.

In basketball, most fans might pick Michael Jordan but the younger set might go for LeBron James.  Baseball’s GOAT is nearly impossible to determine, but many of us would put Willie Mays at or near the top of that list.  For women’s sports, golfer Annika Sorenstam leads the pack while the tennis debate rages between Serena Williams, Steffi Graf, and several other legends.

On Wednesday morning, one of the most important people in the radio broadcasting industry passed away at age 70 after a one year battle with Stage 4 lung cancer.

Rush Limbaugh wasn’t the first person to work in talk radio.  However, over the past three decades, Rush firmly established himself as the literal King Kong of Talk Radio – whether you loved him or loathed him.   More than 600 radio stations nationwide now have a gigantic hole to fill in their three-hour midday programming schedule.

Sadly, a majority of the mainstream media reports immediately “rushed” (pun intended) to remind everyone about a few of the stumbles which Rush Limbaugh had over his 31-year national radio career.  That negativity was, to some expect, overblown and, in many cases, downright cruel.

This is a man who was on the air for three hours a day, five days per week, for 50 weeks a year for 31 years.  That’s 23,250 hours of (as Rush might say) broadcast excellence.  Detractors had plenty of opportunity to cherry pick their issues with Limbaugh.

Of course, my website is primarily a sports site.  Rush Limbaugh also loved sports!  He played high school football at Cape Girardeau’s Central High School.  One of his first local radio gigs in southeastern Missouri was broadcasting high school football games.  Using the stage names of Rusty Sharpe or Jeff Christy, Rush would laugh years later as he proudly admitted that he had been fired from several music disc jockey jobs during his late teens and twenties.  Most every career radio announcer has suffered that same fate due to bad ratings or a station format change.  It just happens.

“Bachelor” Jeff Christy became the morning DJ for a Pittsburgh area radio station in the early 1970’s.  Eventually, he was fired (of course).  While working in Pennsylvania, Rush became a lifelong fan of the Pittsburgh Steelers during the team’s Super Bowl dominance of the NFL in the 1970’s.

He eventually found another radio job in Kansas City.  After being fired (again), Rush Limbaugh took a job outside of the radio business for a few years.  This time, he worked in group sales for major league baseball’s Kansas City Royals.  During that time, he developed a close friendship with Hall-of-Famer George Brett and had a chance to reflect on his career trajectory.  Rush would say in a 2009 radio interview that his mother continued to encourage him in pursuing his first career love, radio.

In late 1983, Limbaugh tried working in radio again at Kansas City’s KMBZ 980-AM.  This time, though, he utilized his real name on the air and resumed his radio career as a local talk radio host.   And, once again, he was fired.

In 1984, Rush was fortunate enough to receive another chance to work in talk radio in Sacramento with 50,000 watt powerhouse KFBK-1530AM.  According to an interview, Rush came to town ahead of time in an old Pontiac Bonneville which he bought from his father.  He initially stayed in a Red Roof Inn and, later, a Motel 6, and drove around the city to become acclimated to the region before hitting the air for the first time.

After spending nearly four years on the air in Sacramento, Rush Limbaugh quickly became a ratings bonanza for the radio station.  Though his schtick involved mixing his deep and inquisitive knowledge of national, state, and local issues with a tongue-in-cheek humor when needed, Limbaugh found his rhythm and gained more and more confidence.

One of the problems with newfound success was that there are also detractors, too.  Rush Limbaugh explained that he had to learn coping skills at KFBK in Sacramento in order to deal with the people who didn’t like his radio show.  Over time, Rush came to appreciate the “haters” as it also meant that even people who didn’t like his viewpoints were still listening to his radio show, too.

Rush Limbaugh’s Missouri heartland family values, his keen sense of humor, and the humility that came from an early career filled with several “learning experiences” remained his foundation.  Now at the top of his game in Sacramento, Limbaugh revealed that his annual salary had finally increased to $45,000.

When the opportunity came to move to New York City and try to develop a national midday radio talk radio show (when no one else was having national success with the same concept), the 37-year old “overnight sensation” Rush Limbaugh added an escape clause to his new contract.  If a radio station located in a major (Top 10) US market should offer him a job, he had the right to end his national show.  He also admitted that, in lieu of a regular paycheck for this new national show, he opted to take a percentage of the new show’s profits.

Just like Limbaugh’s on-air persona, it was a bold but fortuitous move, too.

Rush quickly learned that living in New York City was much more expensive than he had initially imagined.  He was quite happy to get out of town on weekends to meet his new national radio affiliates during a series of “Rush to Excellence” weekend promotional visits around the country.   In addition to promoting his new national radio show and meeting local radio executives, advertisers, and fans, Rush admitted that those $10,000 per weekend paychecks kept him financially afloat during the early days.

The initial debut of The Rush Limbaugh Show was only for two hours (12Noon-2PM Eastern time).  The reason?  The broadcasting company could only find affordable satellite dish availability (to feed the show to a national audience) during those two midday hours.  It was going to be solely up to the show’s host to make this unusual time slot work.

The Rush Limbaugh Show quickly became a huge national success and quickly paid the costs to grab a third hour for the show during middays.

Beginning in1989, Rush Limbaugh grabbed the conservative political baton from former President Ronald Reagan (whom Limbaugh lovingly dubbed “Ronaldus Maximus”) and ran with it.  Thus began a 31-year term as the nation’s self-proclaimed leader of the “Limbaugh Institute for Advanced Conservative Studies”.

Rush would also (tongue-in-cheek) brag that he was broadcasting “flawlessly – with half my brain tied behind my back just to make it fair”.   With his timely interpretations and opinions on the day’s national political news along with his always engaging manner of presenting his viewpoints, Rush Limbaugh became a national media sensation.

Within the first five years of his show, The Rush Limbaugh Show would blossom into more than a nationwide network of more than 600 local radio stations.  Many of those affiliates were high-powered AM radio stations with 50,000 watt signals which beamed the show for a few hundred miles.  It became nearly impossible to be driving around America without being able to find his radio program.

For AM radio stations, Rush Limbaugh breathed new life (and ratings relevance) into a slowly dying medium, too.

For the first half of his 70-year life, Rush Limbaugh was like so many of us in America.  He graduated high school, tried college (he didn’t like it and dropped out), sowed his own oats, and crashed and burned a few times in his first few jobs.  He learned from his mistakes, too.  Rush kept getting back up, working even harder, and trying one more time.  All of this came while he was toiling for moderate wages and living paycheck to paycheck.

During the second half of his 70-year life, the same thing is true of Rush Limbaugh except for the monetary compensation.  Though he was reportedly paid over $50 million per year for the past two decades, his passion for the job burned as brightly as it did when he was learning the ropes.  Only now, he was paid more to do the job he always loved to do.

Rush Limbaugh never stopped learning about the issues or his craft.  He still prepared for hours in advance of every show and never disappointed his audience.  That’s how you grow a loyal following of 25 radio million listeners every week.

In Rush Limbaugh’s own words, “This radio program exceeds audience expectations by leaps and bounds every single day.”  Though it was said with a twinkle in his eyes, he meant every single word of it, too.

Even when cancer started to win the final battle against him, Rush Limbaugh still came back on occasion to work in front of his legendary golden “Excellence in Broadcasting” radio microphone and spend another three hours with millions of his adoring fans.