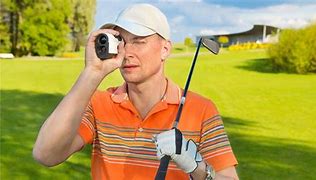 I have played golf since age eight.  Golf is a wonderful sport which brings a renewed chance to get outside and enjoy a few hours of fun and fairly moderate exercise.  It is, quite literally, a game for a lifetime.

The big problem with golf is that is increasingly taking a lifetime to play one round!

There have been so many changes made to the game over my lifetime which have made golf easier to play.  Gone are the clunky (and lightning rods) metal golf shoes.  Golf bags improved after the space program began and are now made from very strong but lightweight materials.

As we’ve covered here several times, changes to the golf clubs and golf balls have (theoretically) made it easier to hit longer and straighter shots from tee to green.  Those of us playing golf before 1980 remember using wooden headed drivers and a “one-size-fits-all” blade-type set of irons.

Though the design of putters have constantly changed and evolved (and then returned once again) over the years, it’s hard to say that any of today’s professional golfers are any better (or worse) putters than those from the Arnold Palmer years beginning in the late 1950’s.  The newest putting gimmick features bloated grips on the handles – some are round and some are  square.

For those of us who are not professional golfers, golf allows us to utilize electric carts to ride in or, alternatively, some nifty new push/pull carts for those of us who find carrying our bag a little harder to do as we age.  Golfers at some clubs even have caddies to tote their bag of clubs and assist in determining yardage estimates and help with local course issues.

The caddy might be able to tell you, “You’re 160 yards from the green with a sand trap on the left side and a lake just over the green”!  For those of us unable to afford a caddy, a golf cart, or a rental push/pull cart, we are expected to maintain our pace of play during the round of golf.  In addition to being more fun to play without slow play ahead, the golf course makes more money by having more rounds of play completed every day by paying golfers.

If Joe Publinx pays his green fee to play that day, there may be a marshal near the first tee who will check to make sure you have paid and to advise that your round of 18 holes of golf should be completed in no more than four hours.  Finishing early is AOK, but there’s usually another marshal riding around in a cart on the grounds (or at the 10th tee) who is timing your progress.  If you weren’t already feeling a little pressure to pick-up the pace by the golfers behind you (who may hit a shot or two into your group to remind you to hurry-up), the local course marshal will also admonish your group if you are behind the 4-hour time allotted for completion.

The penalty for slow play on your local public golf course is being escorted to the parking lot and being sent home early.  It’s just plain courteous to the other golfers who are lined-up behind your group.  Golfers are notoriously courteous but can be rather impatient if they feel the toads ahead of them are slowing the pace down too much.

In this increasing era of technological advances, most golf courses now are part of the global positioning satellite (GPS) grid.  In the past decade or so, there have been hand-held instruments developed to determine a golfer’s distance to the flag on the green for every shot.

Before this advancement, golfers would rely on their scorecard to determine the hole’s total distance and then utilize local fairway markers for 200 yards (blue), 150 yards (white) and 100 yards (red) to the center of the green.  If your golf ball landed somewhere between those markers, you can easily “guesstimate” the distance.  For example, if your ball comes to rest between the blue (200 yards) and white (150 yards) markers, just walk off the number of yards from the blue marker to your golf ball and do easy the math yourself.

For most amateur golfers, those fairway markers work just fine as we are thrilled just to simply hit the putting surface regardless of the distance from the fairway.

For others, though, the thrill of knowing that a GPS rangefinder will display that there is exactly 172 yards to the flag seems to make those golfers happier.  Though most amateur golfers are rarely able to hit a golf ball to such an exact distance, what about the professional golfers?

Indeed, the average PGA Tour professional can probably hit that 172 yard distance with much more proficiency that the average amateur.  Even though an experienced caddy can help the pro golfer make many tough decisions on a variety of issues, knowing the exact distance to the hole on the green would seem to be a huge advantage for the best golfers in the world.

So, why not let professional golfers use these GPS devices when playing on tour?

Golf is a tradition-bound sport and is generally slow to making changes in the rules of play.  For professional golfers, the biggest problem has been how slow they have become in preparing to hit each shot.  Though it is easy for me (sadly, an 18-handicap player now) to play and complete a 4-hour round, your average PGA tour pro (who is competing for over $1 million in first prize money on any week) might feel compelled to be as careful as possible on each shot.

Pro golfers pay for any weekly entry fees, housing/lodging, food, and the cost of their caddy while they aren’t guaranteed to be paid a dime in any week.  With 144 golfers trying to make the top 72 golfers after two rounds and earn a paycheck, there is a lot of pressure just to make the cut every week.  If you miss the cut, you’re simply out of luck and head home without a paycheck that week.

It’s easy to see why some professional golfers might take a little more time with their livelihood on the line every week.

Professional golf (already a slow sport to watch on television) has become even more tortoise-like in the past 15 years.  PGA Tour players are now taking from 4 ½ to 5 hours per round despite hitting the ball longer than ever while they use the best equipment, have the help of caddies, and rarely hit golf balls as far offline as the average weekend hacker.

If Joe Publinx is expected to play a round of golf in four hours, why shouldn’t the PGA pro?

In the past week, the Professional Golfers Association announced that they will permit men, women, and seniors (competing in their respective PGA major championships this season) to utilize a GPS rangefinder during the week of competition.  These three events will become a nationally televised proving ground to show the viewing public whether these gadgets will help speed-up play or, in my opinion, slow it down yet again.

I’m not the only boo-bird on this idea, either.   Paul Tesori, who caddies for PGA Tour pro Webb Simpson, doesn’t believe this is going to help golf’s turtle-slow image, either:

“It’s so frustrating that they (the PGA Tour) never asked the ones who know the best what we think (the caddies),” said Tesori.  “I truly don’t believe it’ll speed up play one minute.”

Some who are questioning the wisdom of the PGA Tour are wondering whether this gimmick is an effort to enhance sales of the GPS devices at professional golf courses around the country.

Though I believe the “gimmick” idea is a cheap way to draw a few more interested eyeballs to their telecasts, the rest of us would appreciate if the PGA would start to actually penalize golfers for their slow play, too.   Adding one or two strokes to their scorecards would be monetarily damaging.  Pro golfers will pick up the pace when their paycheck is affected.

If the rest of us can play a round of golf in four hours, so can the professionals.  Fair is fair!