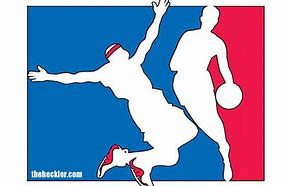 If you’ve watched the National Basketball Association over the past twenty years, you have seen a number of talented hoopsters perfecting their crafts.

Some basketball players have become proficient 3-point shooting specialists such as former Duke guard J.J. Redick.  Others crash the boards and annually lead the association in rebounds like Rudy Gobert of Utah.  Still others like Chris Paul of the Phoenix Suns dish-out assists and lead their teams.

Some NBA players have taken drama classes in the off-season and acted in movies and commercials.  LeBron James and several other NBA players have worked on the movie Space Jam 2 which is coming out this summer.

Apparently LeBron and many other players have taken their acting so seriously that they are now displaying it more frequently on the hardwood of the NBA courts, too.

James, who is 6’ 9” and weighs a very solid 250 pounds, went after a rebound and was apparently hit so hard by a Memphis player that he was sent to the ground and lay sprawled on the basketball court for a few moments afterwards.

Kuzma, who is 6’10” and weighs about 220 pounds, was also slammed to the floor during the fourth quarter of the game (won by the Lakers 115-105) by the same big, bad Memphis bully.

The nasty old bully was none other than Memphis Grizzlies 6’7” shooting guard Dillon Brooks (who may weigh about 220 pounds).

Both plays went under video review as it would be hard to imagine that a freight train the size of LeBron James could fall so hard under the basket like that.  Perhaps Dillon Brooks was secretly a martial arts specialist who used his leverage to fell those two big trees.

What the video replays revealed was an art form which LeBron James has been perfecting as his career winds to a close.  James (who is the NBA’s most protected commodity) knows that the referees will give him the benefit of a doubt in just about any foul situation.

With a little acting on his part, he can create the illusion that even a little old lady sitting in the first row would be able to bring him down.

The NBA calls this a “flop”.  A big fake.  When one of the largest and strongest men in the NBA (LeBron James) is suddenly lying on his back on the floor, a second look via the television monitors is usually warranted.

Per the NBA rule book, here is the official definition:

“A ‘flop’ is an attempt to either fool referees into calling undeserved fouls or fool fans into thinking the referees missed a foul call by exaggerating the effect of contact with an opposing player.”

While the game was underway on Friday night, the three on-court NBA referees (despite having instant replay themselves) allowed the foul to be called on the smaller Dillon Brooks.  This faux foul put LeBron “The Actor” James at the free throw line for two free throws and an opportunity to collect his latest award for basketball thespian excellence.

After the game, the NBA home office reviewed the video from the foul and deemed that LeBron James had, indeed, earned another television Emmy for best Friday night performance with his latest flop.  Over his career, James has become increasingly well known for his “inability” (wink, wink) to maintain his balance despite towering over most of the players accused of doing the elbowing or pushing.

It’s not just LeBron James (although I think he is the NBA’s best at this art form).  James Hardin of the Brooklyn Nets has developed quite a good acting reputation on his 3-point shooting and drives to the basket, too.

In my mind, the greatest flopping tandem on a team was in Utah where NBA Hall-of-Famers Karl Malone (6’9” and a chiseled 255 pounds) and his svelte guard John Stockton (6’1” and 170 pounds) perfected the art of flopping before instant replays were used to detect their acting performances on the court.  For Malone (who was big enough to play defensive end for any NFL team), it was hilarious to see this former Louisiana Tech star hitting the floor after the slightest push from an opponent.  Stockton’s relatively normal build made his acting jobs much more believable as most of his competitors were both taller and heavier than he was.

One internet site has even ranked the NBA’s most prolific floppers of all-time.  John Stockton was ranked #13, Chris Paul is #12, LeBron James came in at #11, and Karl Malone ranked #10 in this list.  My personal opinion is that LeBron and Malone are deserving of being ranked in the Top 5 at a minimum!

The survey listed their top three NBA floppers as former San Antonio Spurs guard Manu Ginobili (#3), Detroit Piston big man Bill Laimbeer (#2), and former Lakers center Vlade Divac came in at #1.  Divac is credited with making flopping so effective that the rest of the NBA has followed his lead to perfect it as an art form over the past twenty seasons.

What can the NBA do to prevent these obvious faked flopping jobs – other than awarding the losers with “Hammies” for their bad acting?

Believe or not, the NBA already addressed this issue on October 5, 2012.  Let’s go to the NBA rule book for their explanation of “flopping”:

“The main factor in determining whether a player committed a flop is whether his physical reaction to contact with another player is inconsistent with what would have been expected given the force or direction of the contact. For example, a player will be considered to have committed a “flop” if he falls to the floor following minimal contact or lunges in a direction different from the direction of the contact.

The determination of whether a player has violated the flopping rule will be made by the League following video review of the play. (Game officials will not make determinations about flopping during games.)

For a sixth (or any subsequent) violation of the rule, the player will be subject to such discipline as the League determines is reasonable under the circumstances, including an increased fine and/or suspension.”

Since LeBron James already earns about $40 million per year, does the NBA really believe these puny penalties will deter him and other players around the league from doing this?

Though nobody asked me, I believe that the player should be fined the maximum ($30,000 – with proceeds going to a local drama school) for the first flopping offense.   The second offense should be a two week suspension without pay.  The third infraction during a season should result in disqualification of the player for the remainder of the regular season and playoffs.

My proposed “Three flops and you’re out!” rule would certainly help end this nonsense.

Since younger basketball players in college and high school are watching this happen at the professional level, they have followed suit. It is time to send a signal that the younger players’ time might be better spent on practicing free throw shooting instead of working on the art of creative falling and feigning an injury.

As Mayberry Deputy Barney Fife might have said, “It’s time to NIP IT!  Nip it in the bud!”