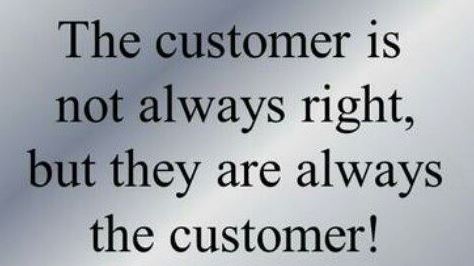 In case you didn’t hear about this, Sunday’s National Football League Super Bowl 55 between the Kansas City Chiefs and Tampa Bay Buccaneers had the fewest number of television viewers in 52 seasons!  With a total CBS television audience of 91.63 million viewers, this weekend’s NFL season finale had the smallest number of viewers watching the game on home televisions since the 1969 match-up of Joe Namath’s New York Jets and the Baltimore Colts.

To put this in perspective, last year’s NFL championship game between Kansas City and San Francisco drew 100.4 million television viewers for the game.  This year’s game had 9% fewer fans watching on television.

For the record, the NFL’s most watched Super Bowl came just six years ago in 2015 when New England squared off with Seattle.  More than 114.4 million fans watched that game.

If you were expecting (like I was) to read this story on the CBS Sports internet site this week, I still haven’t found it.  Perhaps the executives at the Eyeball Network have gone into hiding should any advertisers claim the network overcharged based on expectations.  When a company pays over $5 ½ million for a television commercial and it is seen by nearly 10% fewer viewers than last year, the chants of “Refund! Refund…” may be echoing in the network’s lobby at this very moment.

One media site’s positive spin claimed that the football game set a new record with about five million people watching the game online (phones or computers) around the globe.  Whoop-t-doo!  With internet access globally and American football fans worldwide, that total should not be surprising.

Last Sunday’s season finale marked the end of my personal NFL boycott of the entire season of televised football games.   I wasn’t the only one in America who made it through the year without watching a televised NFL game, either.  Some sources indicated that this season’s NFL television ratings were down by seven percent from 2019.  Personally, I thought the drop would have been higher, but it doesn’t matter.

The trend is not good for the NFL.  It is time to listen, Commissioner Roger Goodell.

With a country locked inside due to a lingering pandemic, more potential television viewers were at home to watch the game on Sunday.   With this being the 55th version of the big game, it’s not like viewers didn’t know when the football game was being played.  CBS is a traditional “over-the-air” network so the recent avalanche of cable cord cutters should have been able to watch the game for free.  The Las Vegas odds makers predicted a close game with Kansas City being a 3-point favorite, and Tampa Bay was the first team to play in its home stadium in a Super Bowl.

The ratings drop wasn’t due to a lack of familiarity with the teams and players, either.

Tampa Bay featured America’s best known quarterback in Tom Brady.  They certainly earned a spot in the big game after winning three consecutive road games (Washington, New Orleans, and Green Bay).  Kansas City (featuring the dynamic young Patrick Mahomes) had a lightning-fast offense again this season and was looking to repeat as champions.  The Chiefs had won eight of their final ten games by seven points or less.  Perhaps, they were ripe for an upset loss.

The glitter of this game has worn off.   In past years, many casual fans would watch the Super Bowl game anticipating several funny and entertaining commercials during the game itself.  Like so much of American culture, the humorous spots have been replaced by socially-aware commercials.

When a significant portion of America simply isn’t buying what the other half of today’s culture is trying to peddle, the results were not hard to predict.  Fewer viewers should have been an expectation for this year’s NFL final game.  Subtraction is part of basic math.

Yet, the media excuse train just keeps rolling.   Some accounts stated that viewership lagged because many people were bored to see Kansas City (the defending champions) or Tom Brady yet again.  Do you honestly think that more Americans would have watched the same two teams with lesser known quarterbacks at the helm?  I doubt it.

Others lamented that the game was a blowout by halftime and led to a massive viewer exit.    Despite trailing 21-6 at the half, Kansas City’s offense usually scores 30 points per game so most of America expected a second half rally.

Still other reports said that many fans are disheartened without seeing a full stadium cheering on the action in person.  On Sunday, Tampa’s stadium was about 1/3 full (due to state pandemic restrictions) and apparently wasn’t a significant factor in the game’s excitement or outcome.

Another problem on Sunday (according to what I have read) related to the annually overhyped halftime show and performance.  More than one commenter within my Facebook group said that this year’s show was “boring” or “just plain weird”.   That certainly won’t help to hold a television audience, either.

On the positive side, the NFL should be congratulated taking enough precautions for the players and teams and completing a full season with a minimum of scheduling adjustments.   Though team owners likely lost millions of dollars as most fans were not allowed to attend an in-person game in 2020, the league kept its product on the field and minimized making the national COVID news headlines.  Most media sources would have bet against such a success just six months ago.

Due to the low television ratings and a declining revenue base, the upcoming 2021 football season will feature the first reduction in the NFL team salary cap.   Think about that.  Next season, the NFL teams may be paying less money to the players than this year.

Many of us never thought that was going to happen.  But it did.

Over most of our lifetimes, the NFL has been America’s premier sports enterprise.  Though it is still quite formidable and remains an undeniably reliable advertising vehicle, the league’s popularity may have peaked this season and is now officially in decline.

It is past the time for NFL Commissioner Roger Goodell to earn his $40 million annual salary.  His job is really not that hard, either.  In customer service terms, the NFL’s Commissioner should end his righteous denials about the league’s declining fan base.  He should hit the road and start to listen to millions of former fans who have hit the bricks.  Ask them what the league has been doing wrong and what it would take to get them to come back again.

Actually, he should already know the answers.  He should consult with the 32 NFL franchise owners who would be glad to offer their opinions, too.

The NFL players need to realize that this season is a true wake-up call for them, too.  The players share in the football league’s revenue along with the owners.  This crisis is now starting to affect their financial futures as well.  Without quick action, the NFL may be looking at a faster and steeper revenue decline than anyone reasonably expected.

With a year of this lingering pandemic and half of the nation tired of being asked to simply go along with so many of the abrupt social upheavals which are now underway, a growing segment of Americans have simply fallen out of love for the NFL and for professional sports in general.

The NFL (and any other business) must always remember a basic rule of Customer Service 101: