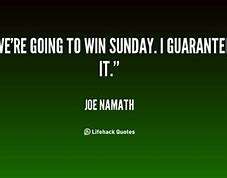 You would think that a team full of professional football players in the National Football League would derive most of their game-day motivation from being paid big money for doing a job they love to do.

If your favorite NFL team made the playoffs and now has a chance to earn a Super Bowl ring, you would think there would already be plenty of motivation for professional football players to give their all in any particular game.

In some cases, apparently not.

Last week, a Pittsburgh Steelers’ wide receiver (who had already made a few new enemies this year with some on-field antics this season) made a remark to a media outlet about the team’s first round playoff opponent, Cleveland Browns.

JuJu Smith-Schuster was asked if he felt any additional motivation with the Steelers hosting long-time division rival Cleveland on Sunday night.

He said, “Nah, I think they’re still the same Browns that I’ve played every year.  They’re nameless gray faces. They have a couple of good players on their team. But at the end of the day … the Browns are the Browns.”

Translated:  Everyone knows that the Cleveland Browns are perpetual losers.  This year will be no different.

Statistically speaking, JuJu Smith-Schuster was simply pointing out that the Browns have been historically bad.  Sunday’s playoff game with Pittsburgh was their first time to make the NFL playoffs in the past18 seasons.

If you play for the Cleveland Browns, “the Browns are the Browns” comment was considered an insult coming from their AFC divisional foe located just 132 miles away.

The motivation worked!  Cleveland came into Pittsburgh, jumped to a 28-0 first quarter lead, and then hung on for a 48-37 win over the Steelers on Sunday night.

In Nashville last Sunday, the Tennessee Titans hosted a playoff game against the Baltimore Ravens.  Toward the end of the game, Baltimore intercepted a pass.  After the play ended, a group of Ravens players then raced to the midfield Titans logo and started to stomp on it.   The Ravens would win the game 20-13 to advance to Round 2 of the playoffs this weekend at Buffalo.

This odd behavior appeared to have been a form of “payback” from a November game in Baltimore where Tennessee players got into a shouting match before the game with the home field Ravens players.

Apparently, the Baltimore Ravens needed some extra motivation for the playoff game and used the November contest as the stimulus.

If this sounded juvenile, you’re right!   Sadly, it seems to be working for some teams.

In Seattle, the Seahawks hosted their NFC West rival Los Angeles Rams on Saturday.  The two teams already played twice during the regular season.  In their week 16 match-up in December, Seattle won the game and clinched a home game in the opening round of the playoffs.

After the game, Seattle (and former LSU) defensive back Jamal Adams broke out a victory cigar in the media room and enjoyed the moment.   Teammate A.J. McCord added, “I hope you all have a wonderful day because, you know, we’re champions!”

The post-game celebration became motivation for the Los Angeles Rams after the two teams were matched for the third time on Saturday.  The Rams came to Seattle and ended the Seahawks’ season 30-20.

“Two weeks ago you saw them smoking cigars and getting all excited about beating us and winning the division and we’re able to come up here and beat them in their own place,” Jared Goff said. “It feels good.”

Once again, an NFL team felt like they needed additional motivation to play their best.  Silly, isn’t it?

Though these three stories may seem unusual, the NFL and other sports teams have used sources of so-called “Bulletin Board” material for decades.

The late Buffalo Bills head coach Marv Levy was famous for telling his teams, “Praise your opponent and don’t you be the bulletin board for somebody else’s team.”

Unfortunately for Buffalo, one of Levy’s own assistant coaches failed to listen to the wisdom of his head coach prior to the Bills’ Super Bowl 26 game against Washington of the NFC in January, 1992.

Buffalo defensive line coach Chuck Dickerson disparaged Washington’s famed “Hogs” offensive line the week before the game.  Offensive tackle Joe Jacoby was a “Neanderthal who slobbers a lot.”  Lineman Jim Lachey was a “ballerina in a 310-pound body” and center Jeff Bostic was “ugly like the rest of them.”

As you can guess by now, Washington’s “Hogs” used these comments for additional motivation as they downed the Buffalo Bills 37-24.

Words may be used to motivate your own team as well.  In January, 1969, New York Jets quarterback “Broadway” Joe Namath famously predicted that his 18-point underdog AFL team was going to beat the NFL’s Baltimore Colts in Super Bowl 3.

At an event being held earlier in the week in Super Bowl host city Miami, Namath (who attended the function to receive an award), was greeted by a heckler who yelled, “The Colts are going to kick your @$$”!

The former Alabama quarterback calmly responded, “Hey, I got news for you. We’re going to win Sunday, I’ll guarantee you…”

The football world was shocked at Namath’s brash prediction.  The most surprised person may have been Namath’s own head coach.   The legendary Weeb Ewbank lamented that his brash young quarterback had just doomed his underdog squad:

“They’re going to put that [story] up on the locker room wall. Those Colts are gonna want to kill us.”

Fortunately for Joe Namath, his coach, the team, and millions of fans, the New York Jets pulled one of the greatest upsets in professional football history by winning the game 16-7.

As the NFL playoffs advance, be on the alert for even more motivational stories.  Teams will be combing the news for some type of verbal, written, or even perceived slight in an effort to give their team a little extra octane in their tanks for an upcoming game.

Regardless of whether a pro football player is making $40 million or the measly NFL minimum salary of “just” $610,000, both teams will continue to search the bottom of the barrel in an effort to gain a motivational edge in this year’s NFL playoffs.